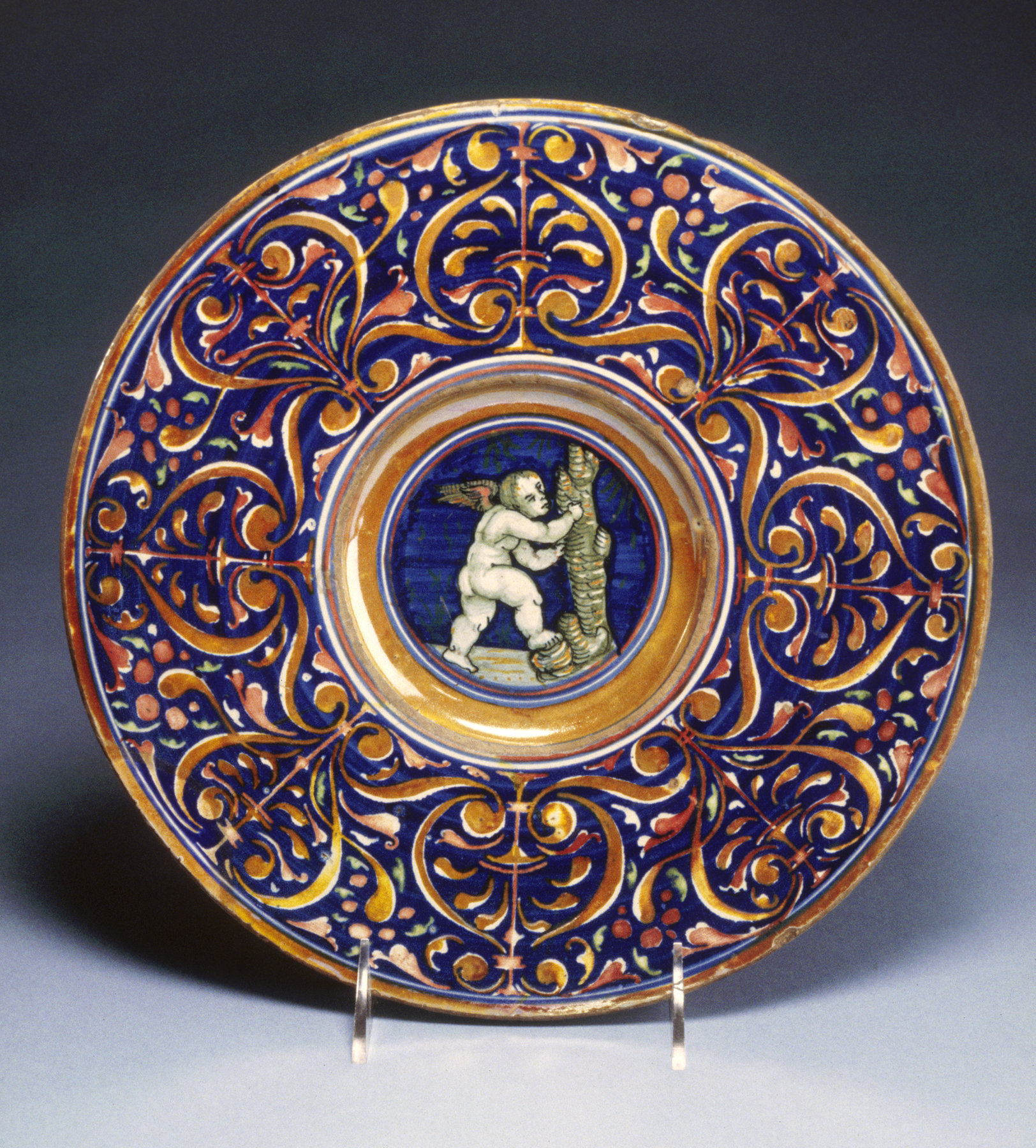 Plate with Cupid Climbing a Tree

In the central roundel of this plate, an infant Cupid is shown climbing a tree. This motif does not refer to a specific classical text, but many examples of sixteenth-century maiolica depicted Cupid engaged in various activities characteristic of children, and his presence may illustrate some long-forgotten adage. The repeating patterns illustrated on the outer ring of the dish are known as “arabesques”, and were influenced by imported metalwork from the Middle East, esteemed as luxury wares in Renaissance Italy. During the 1520s and 1530s, artists from Gubbio workshops often painted arabesques with a luster glaze in order to imitate the golden color of polished brass or bronze. The back of the plate is decorated with two groups of concentric circles, painted with a luster glaze. The workshop of Giorgio Andreoli was especially famous for its lusterware, receiving praise from important patrons including Duke Guidobaldo I of Urbino (1472-1508) and Pope Leo X (1475-1521). For more information on Giorgio Andreoli, see 48.1331. To see other works by the artist and his workshop, click on his name in the “creator” field; for a similar dish with cupid in the center, see 48.1339; for "maiolica" in general, see 48.1336.