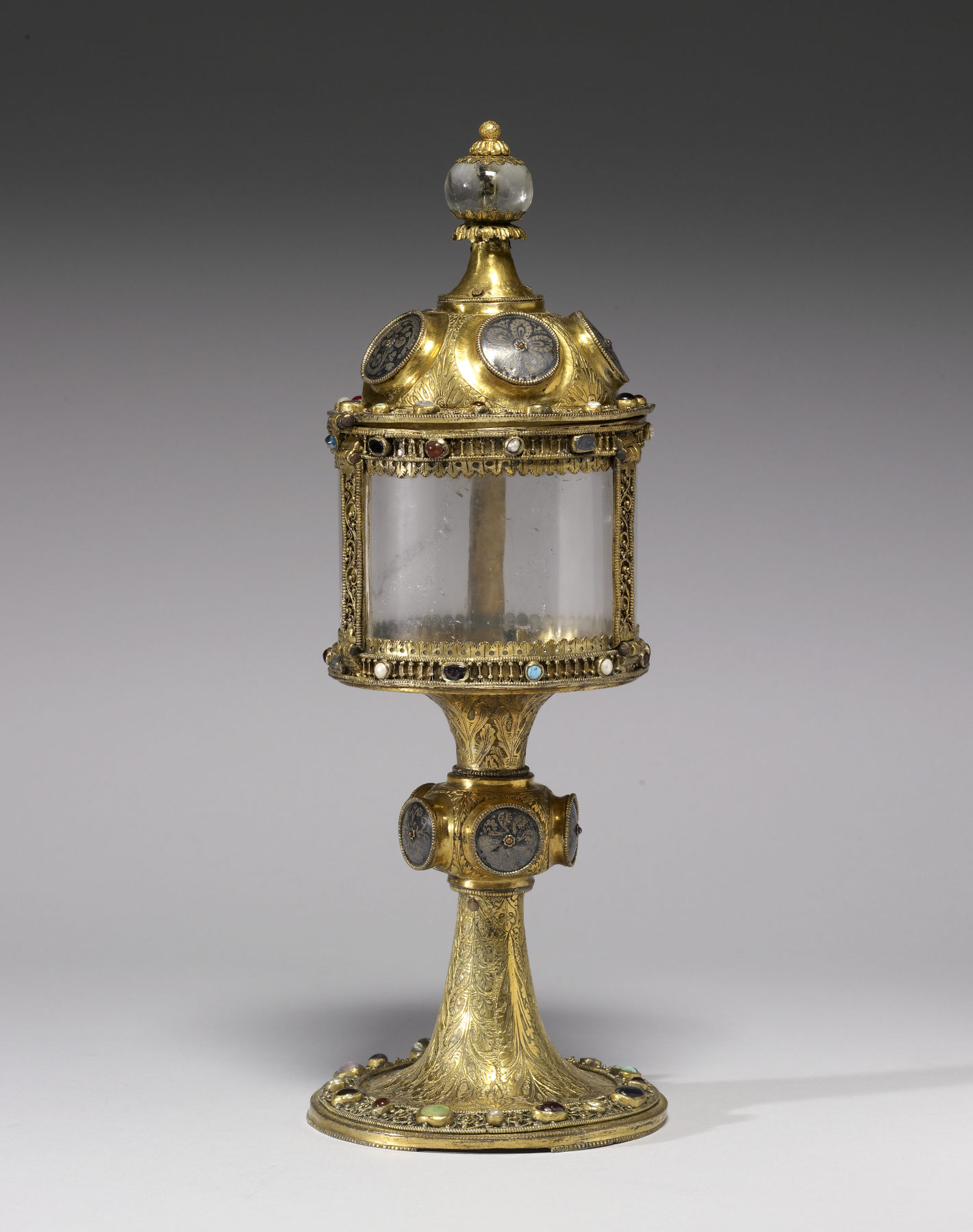 A Mosan reliquary monstrance (from the Latin word for "showing") calls to mind Theophilus's genuine wonderment at precision craftsmanship. A tour de force of medieval goldsmithing with respect both to the range of media and the various techniques used in its manufacture, the monstrance is composed of rock crystal, gilt copper bands adorned with filigree glass, and pearls. Every surface is the site of elaborate decoration: the stem and foot are covered with filigree, gemstones, and embossed floral designs; inside, the bottom of the vessel is lined with a piece of silver with a partially gilded rim; the hinged copper lid is decorated with an engraved leaf pattern, filigree, and gemstones, set with silver bosses decorated with niello (an alloy of sulfur, silver, copper, and lead), and crowned by a spherical rock crystal finial.

The filigree work and the repoussé decoration are similar to those of works executed in the western diocese of Liège (Belgium). In the twelfth and thirteenth centuries, the region between the Meuse (hence, Mosan) and Rhine was an important center for the production of sophisticated metalwork.

The circular depression inside the rock crystal container of this monstrance (display reliquary) suggests that it was made for the display and veneration of the Host (communion wafer). This beautifully crafted example is a rare early example, as monstrances for the Host became popular only after the establishment in 1311 of the Feast of the Holy Sacrament (Corpus Christi), dedicated to the Host.