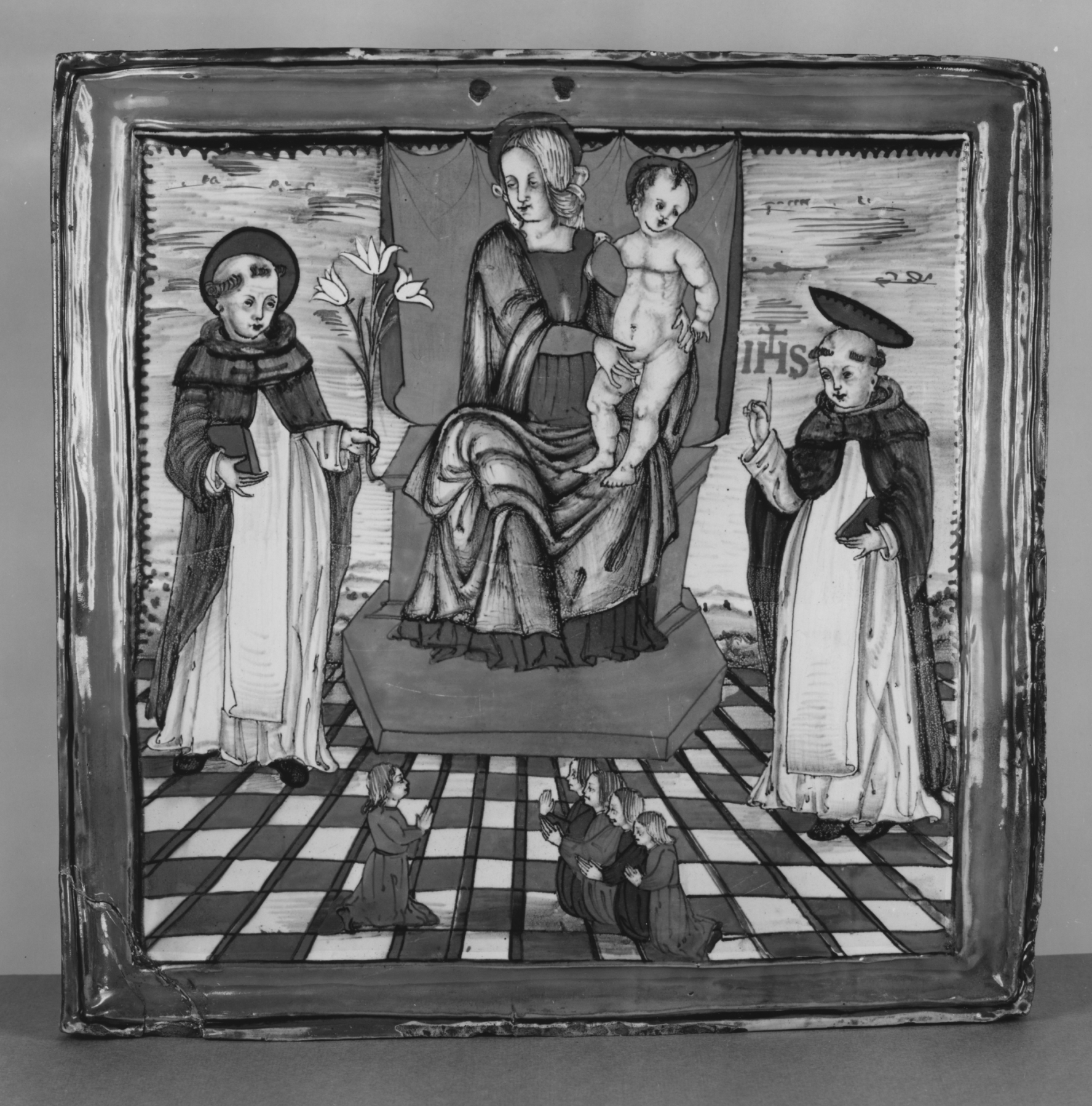 This plaque depicts the Virgin and Child enthroned, with two Dominican saints: Saint Dominic stands on the Virgin’s right hand, holding lilies symbolizing her purity, while Saint Thomas Aquinas stands on her left side, pointing to a monogram, IHS. IHS is an abbreviation for the holy name of Christ, Iesus Hominum Salvator, meaning “Jesus Savior of Mankind.” Devotion to the Holy Name became very popular in Italy during the Renaissance period, and plaques bearing IHS were often displayed over the doorways of houses. Such simple plaques were not intended to prompt an act of devotion, as was an altarpiece, but rather to remind the viewer of the thanks that were owed to the Virgin Mary and the two saints and could have been hung (see the two holes for suspension at the top) in a chapel or even in a bedroom. The plaque is painted in gold and ruby luster, and in copper-green and blue. An inscription written on the back indicates that it was produced by Giorgio Andreoli, a prominent maiolica painter from Gubbio who was known for use of luster glazes. For more information on Giorgio Andreoli, see 48.1331. To view other works by the artist, click on his name in the “creator” field. For “maiolica” in general, see 48.1336.