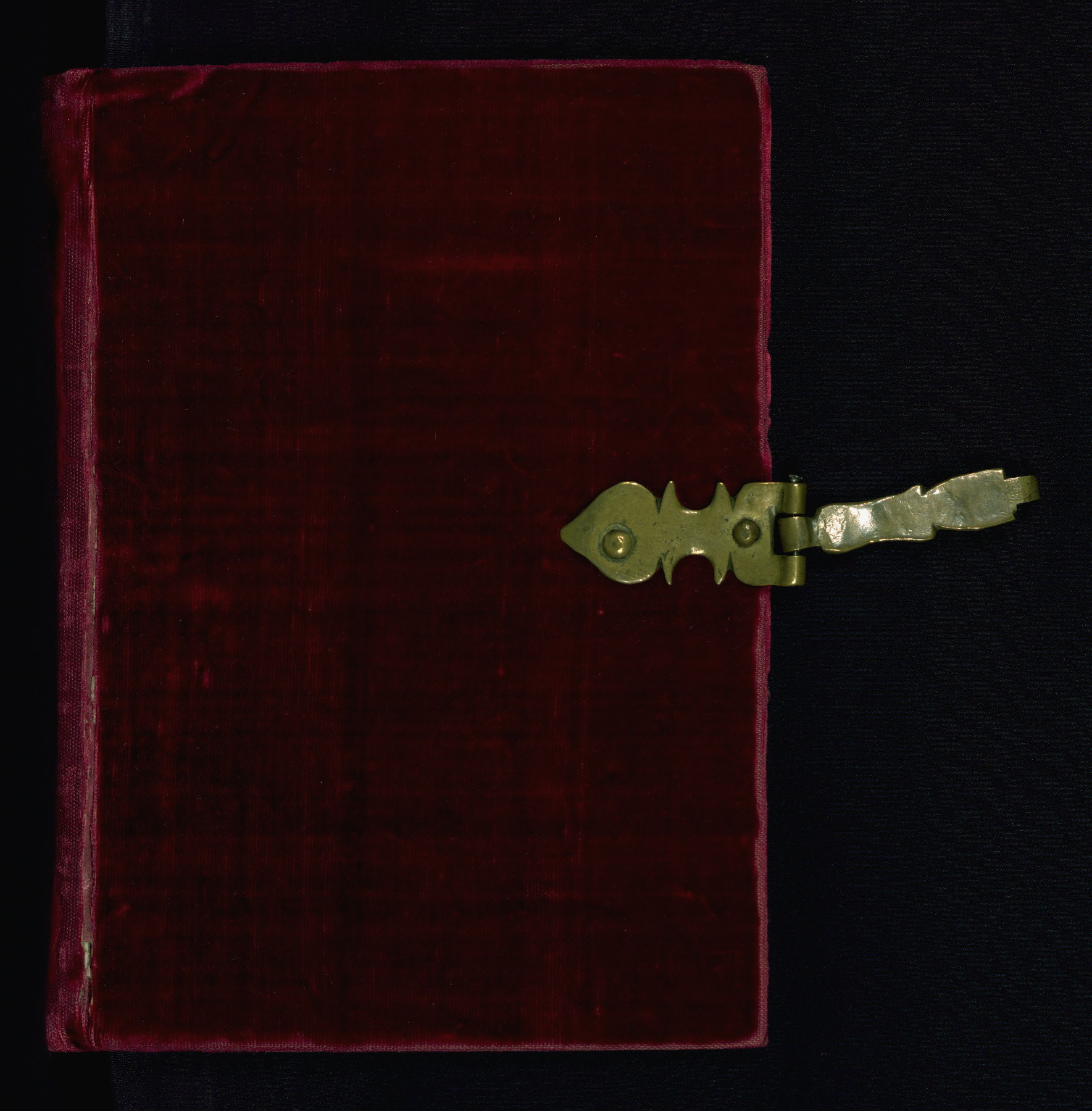 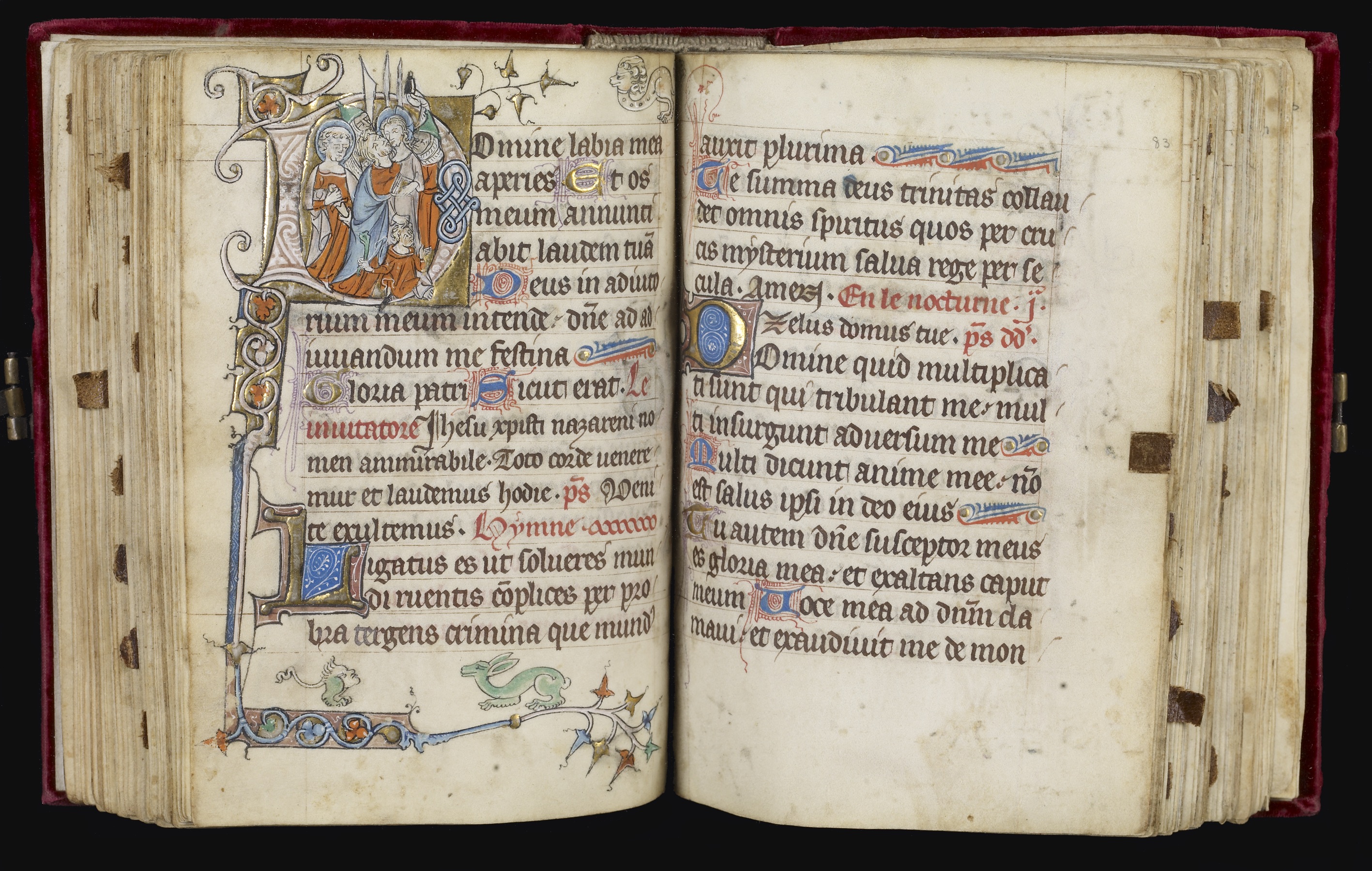 This Book of Hours was completed ca. 1320-30 in the region of Ghent. The presence of the Hours of the Cross attributed to Pope John XXII (1316-1334) provides evidence that helps date the manuscript. The text is written in three languages, with the main text in Latin, Flemish prayers on fols. 123r-125v and fols. 131r-141r, and French rubrics throughout. Made for a woman portrayed kneeling before the cross on fol. 116v, this manuscript is decorated with twenty-four extant historiated initials and drolleries for each canonical hour.