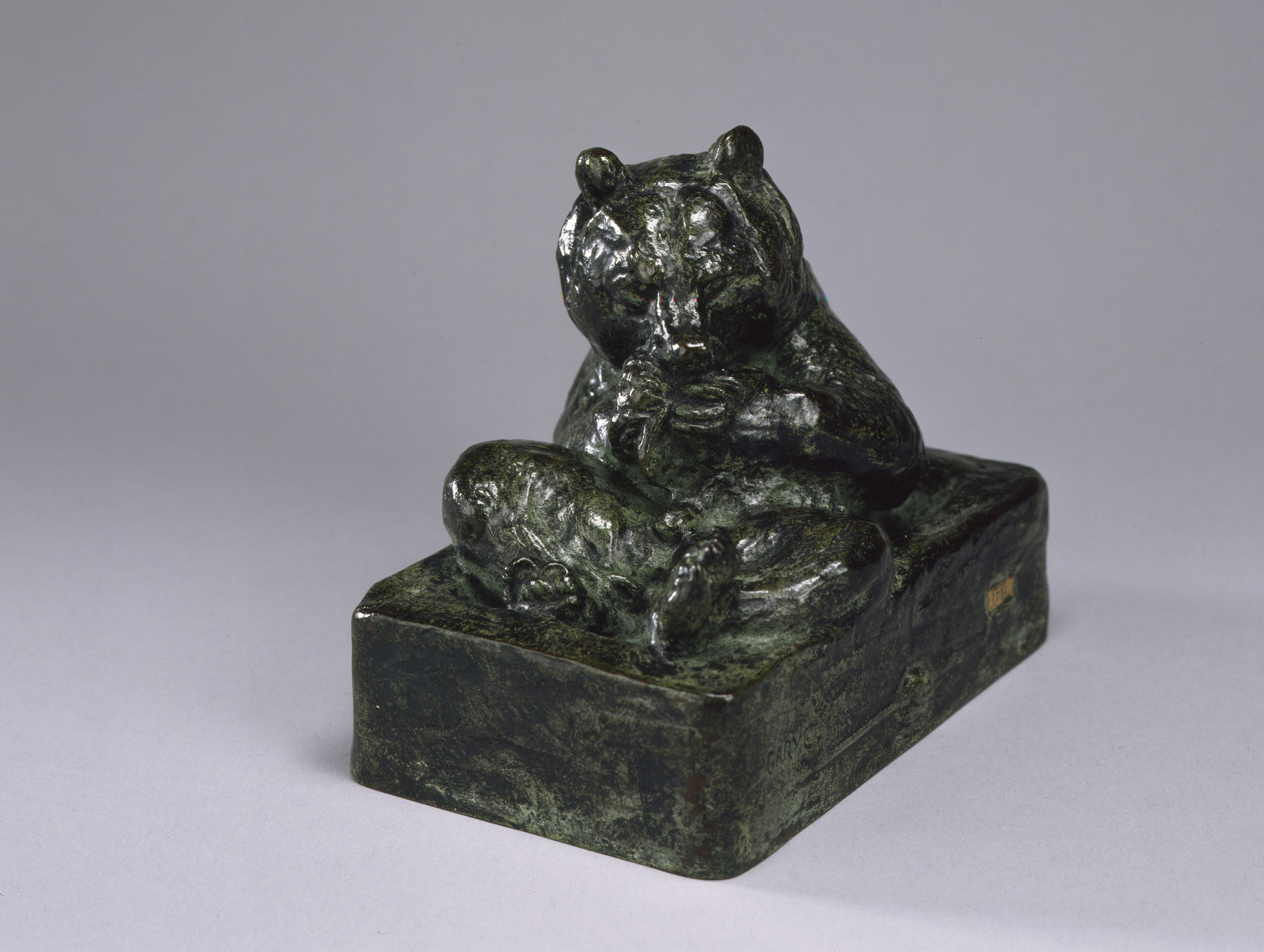 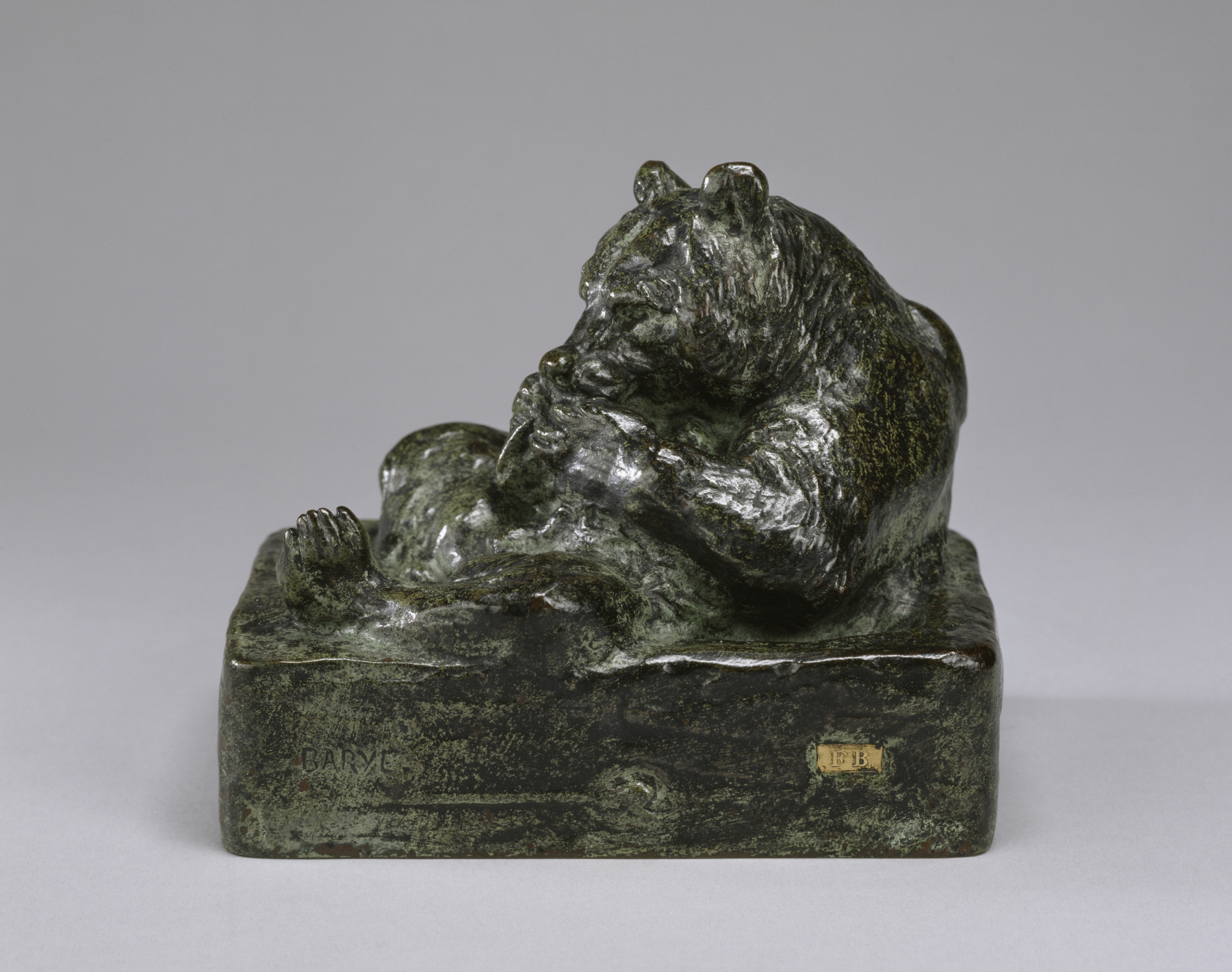 Bear in a Trough

A bear lies in its water trough holding food between its paws. When Barye exhibited a plaster of this sculpture at the Paris Salon in 1833, he titled it "Alpine Bear." A cast in bronze by Honoré Gonon was subsequently purchased along with the "Dead Gazelle" by the duke of Orléans. No other casts were made during Barye's lifetime.

This particular cast, bearing a gold plate stamped FB, was issued between 1876 and 1889 by Ferdinand Barbedienne, who had purchased a plaster model for it at the artist's estate sale in 1876.