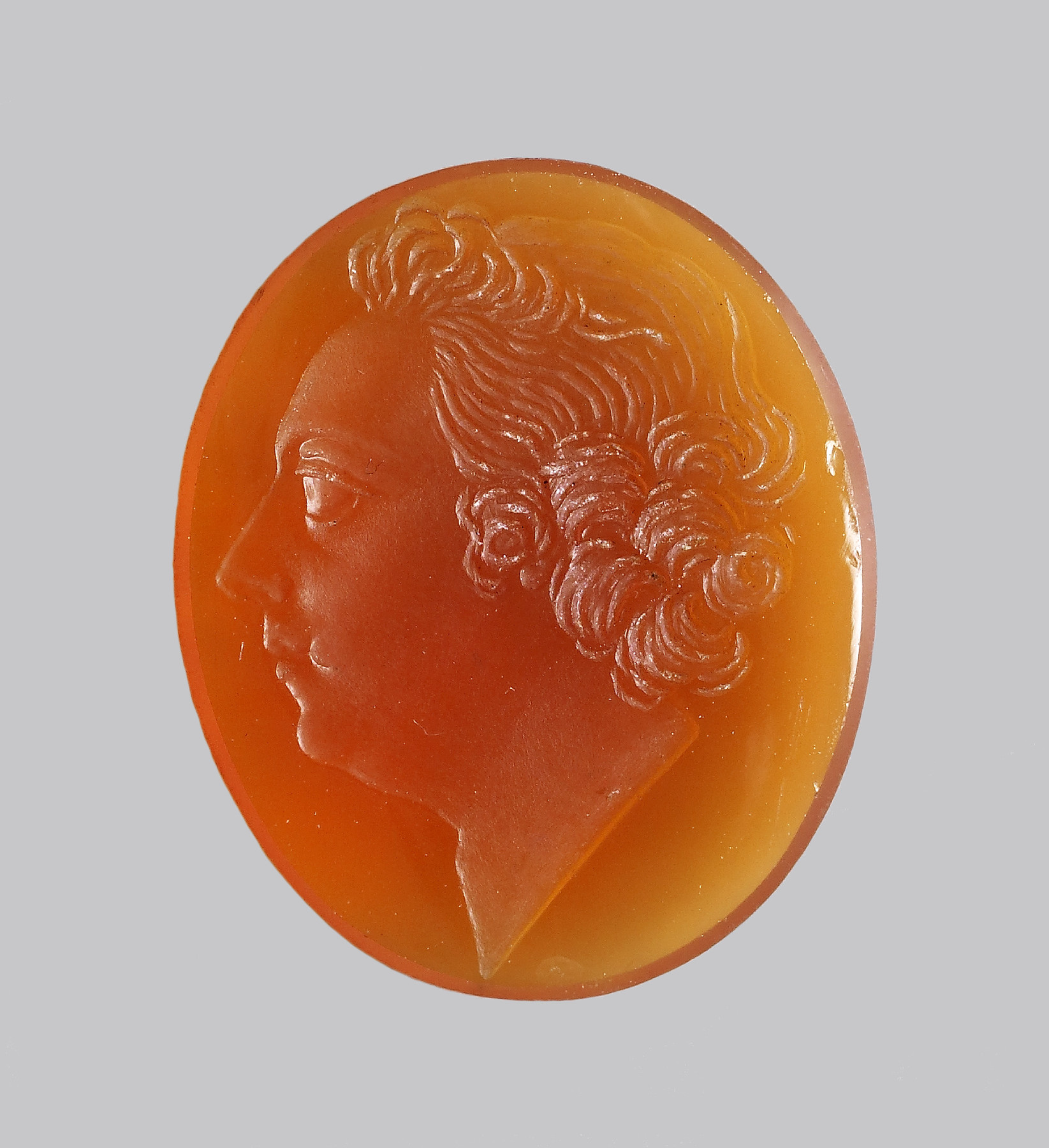 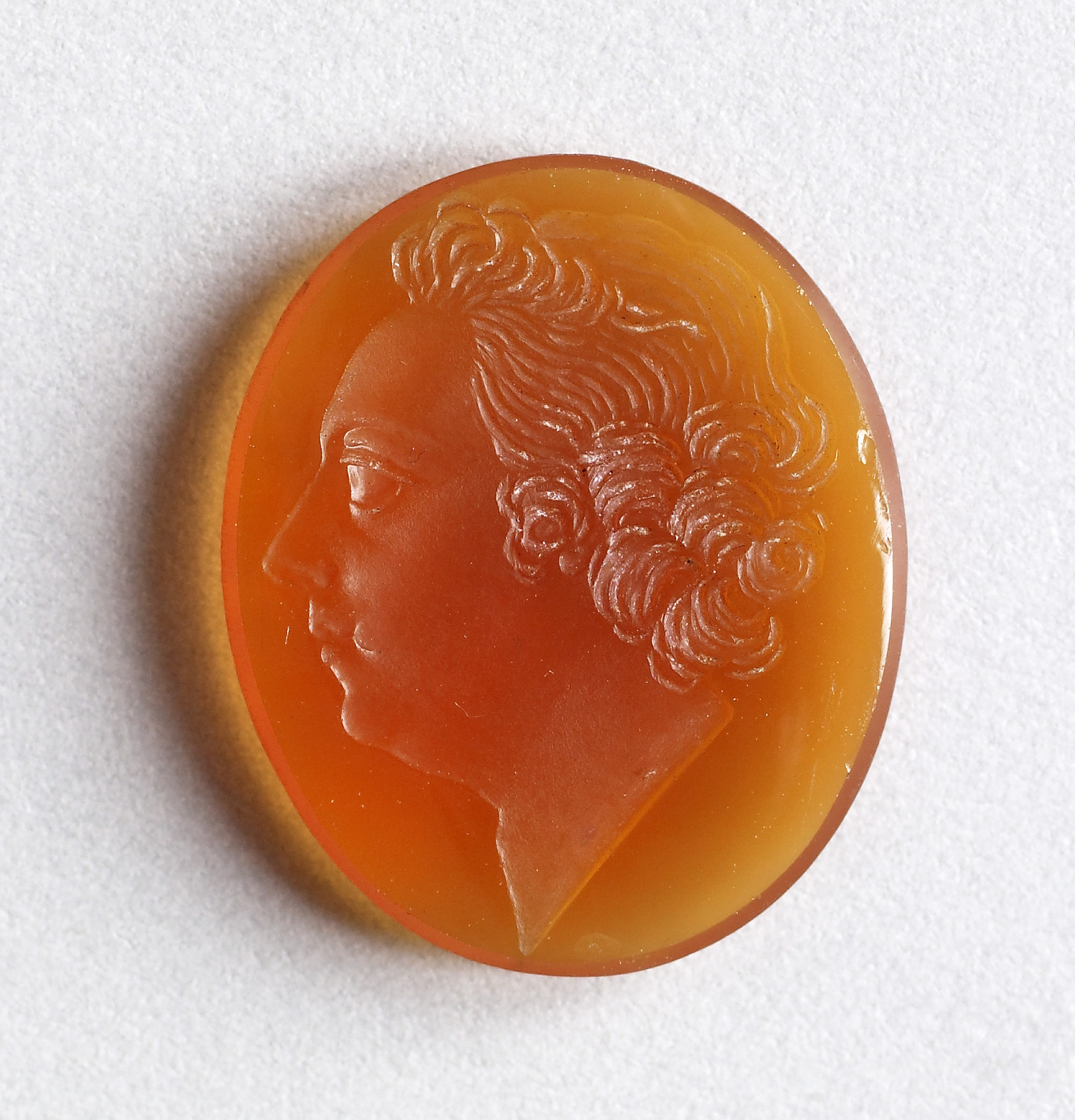 Guay made many gemstone portraits of King Louis XV, including this intaglio made of sard, a stone used for gem carving since antiquity. The naturalism of the king’s ringlets and plump double chin attests to Guay’s skill with the medium. The translucent luminosity of the orange stone and delicacy of the carving make it difficult to decipher the image. Red wax impressions as well as printed representations like those in Madame de Pompadour’s Suite (Walters 92.548) helped make gem carvings more legible.