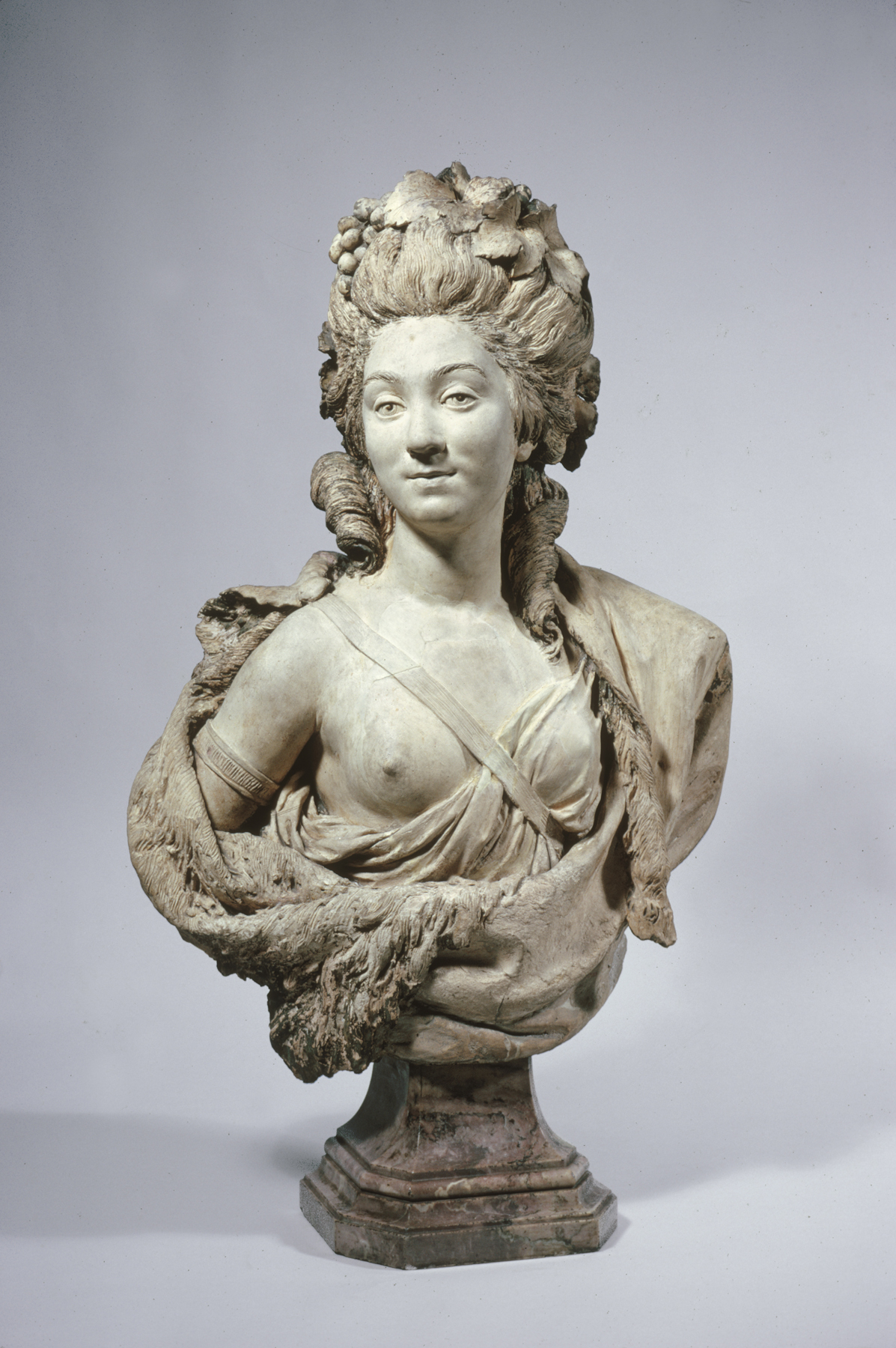 Bust of an Actress as a Bacchante

This sculpture shows how fame, sex, art, and commerce came together in France immediately before the French Revolution of 1789. To contemporary viewers, the smiling woman portrayed here may well have been recognizable as a specific person, as actresses were well-known celebrities, and some were notorious for their liaisons with, or even marriages to, aristocratic men. Female nudity in sculpture is usually idealized and generalized, so, as part of a portrait, this woman’s exposed breast would have been even more provocative. The woman is portrayed as a bacchante, a follower of Bacchus, the Roman god of wine and intoxication (the actress’s head is crowned with grapes and vine leaves), playing into the popular connection between actresses and loose morals—a reputation that was not always earned.

The work is attributed to Gaetano Merchi, who made 15 portraits of actresses that were advertized for sale in 1782; the woman’s hairstyle, dates this bust to just around this time. Merchi’s sale capitalized on the popular fascination with actresses and their sex lives, turning this into a commercial opportunity for his art.