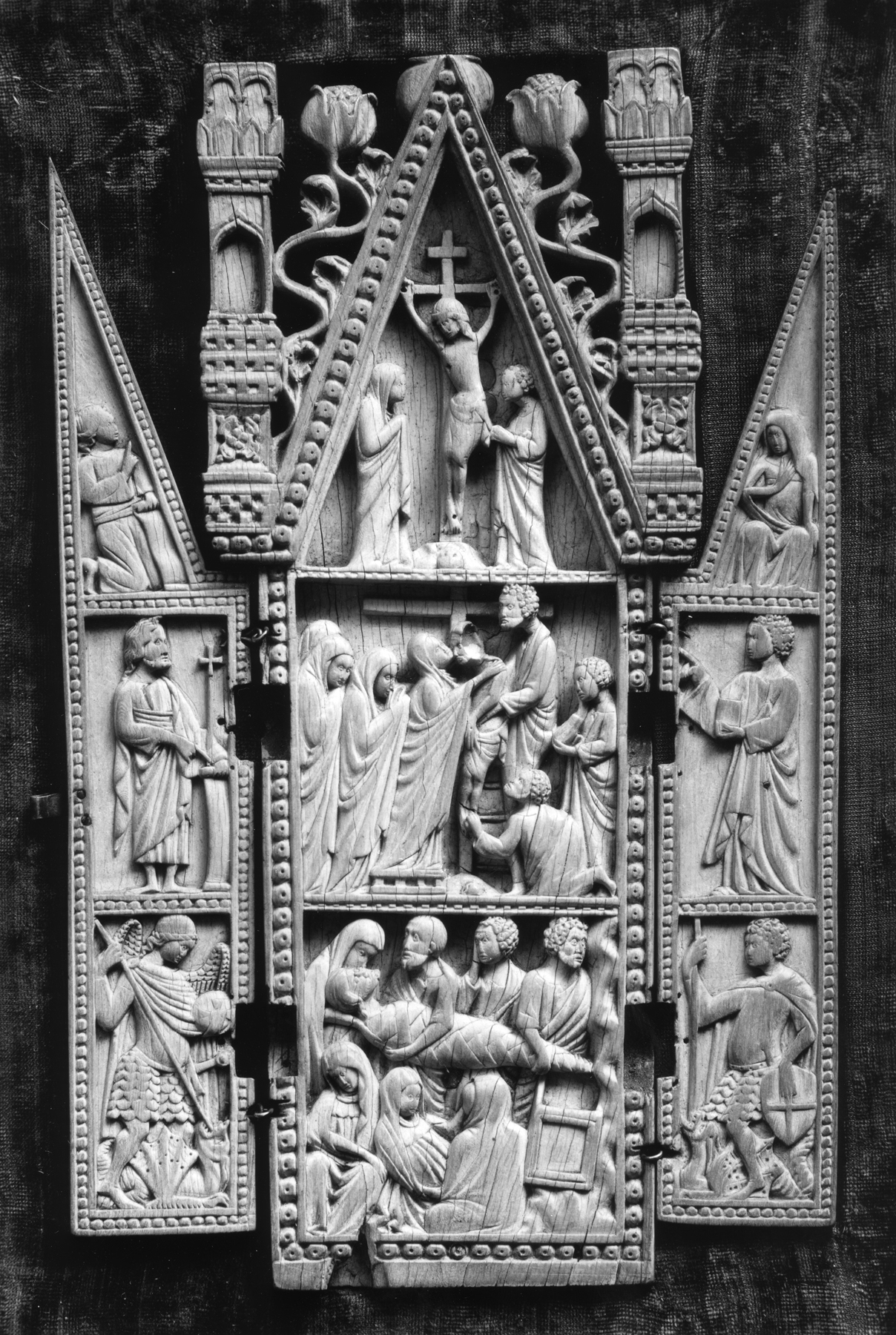 Triptych with the Passion of Christ and Saints

The central panel is carved with the Crucifixion at the top in the gable and the Deposition and Entombment below. An unusual detail in the Entombment is the rectangular wooden coffin prepared for the body of Christ. In the wings the angel of the Annunciation and the Virgin appear in the gables. Saint John the Baptist and Saint Michael stand below on the left and Saint John the Evangelist and Saint George on the right. The borders are pearled; those on the central panel have a drilled dot in each pearl. The center gable, decorated with branches of pomegranate caped with the fruit, is flanked by two towers.

The unusual treatment of the central panel with towers and pomegranates has led scholars to attribute the triptych to Portugal or various colonies. The model for the triptych, however, is a Venetian ivory in the Victoria and Albert Museum. The wings of the Walters piece, including the pearled borders, are copied exactly from the London example. The main panel is different, as is the gable, which in London lacks the pomegranates. However, the gable of the Victoria and Albert example was originally flanked by towers of a similar nature, which have been cut off. The question arises whether the bone example is a copy, made in another location, or a cheaper product from the same Venetian workshop. It is noteworthy for its Byzantinizing style, especially the figures of Saint George and Saint Michael.

The triptych, considerably rubbed, has a small break at the base of the central panel and four cuts for earlier hinges. The present pin hinges are replacements.

[Said by the vendor to have come from a Portuguese convent]; Henri Daguerre, Paris [date and mode of acquisition unknown]; Henry Walters, Baltimore, 1925, by purchase; Walters Art Museum, 1931, by bequest.