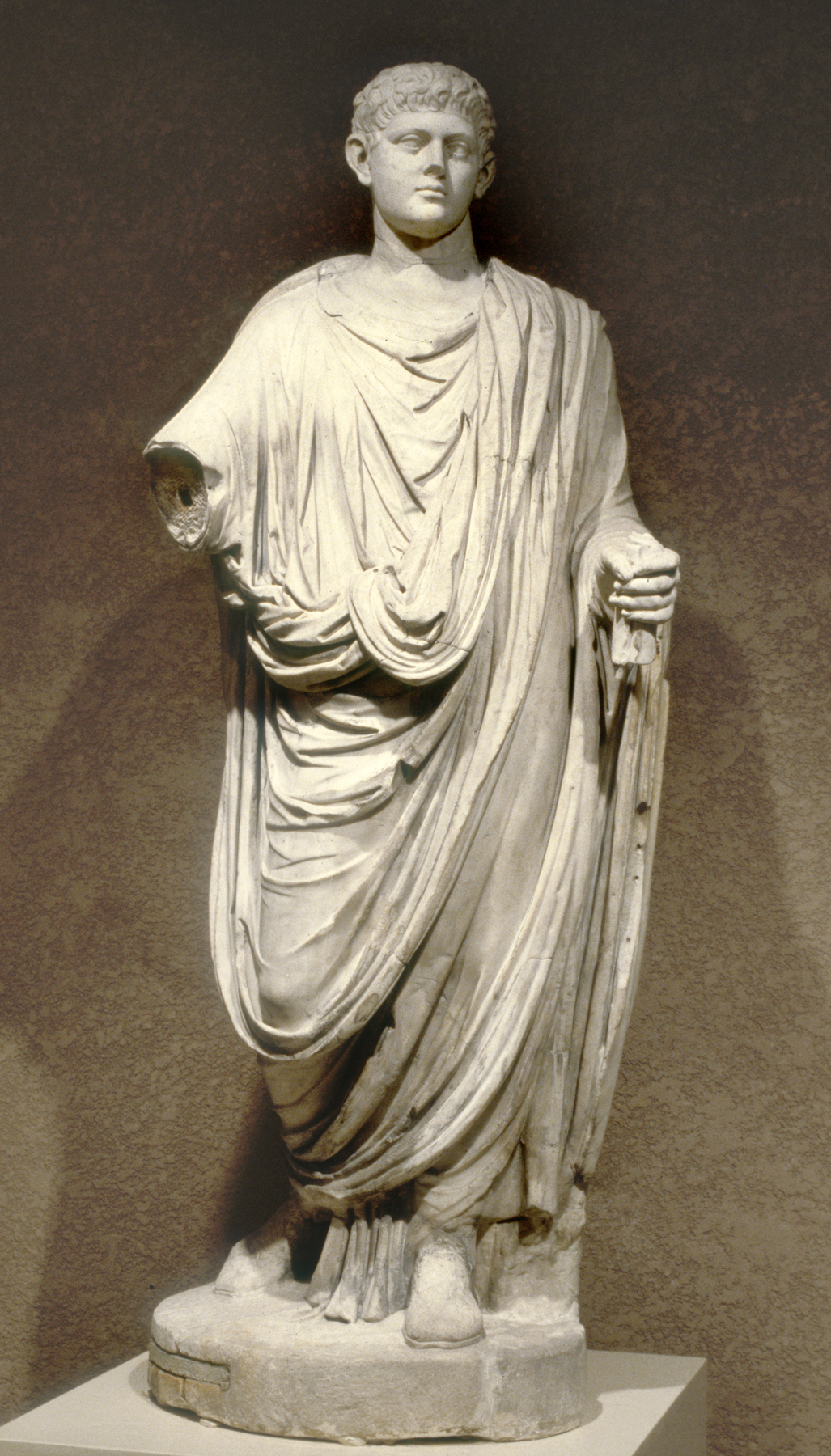 This colossal statue of an emperor wears a toga and elaborately decorated shoes that indicate the figure's high status. These details identify it as a type of honorary statue similar to those erected in the Forum of Augustus in Rome for generations, transforming the public space into a kind of imperial "Hall of Fame." The head, a portrait of Emperor Domitian (reigned 81-96 CE), is likely an 18th-century restoration.