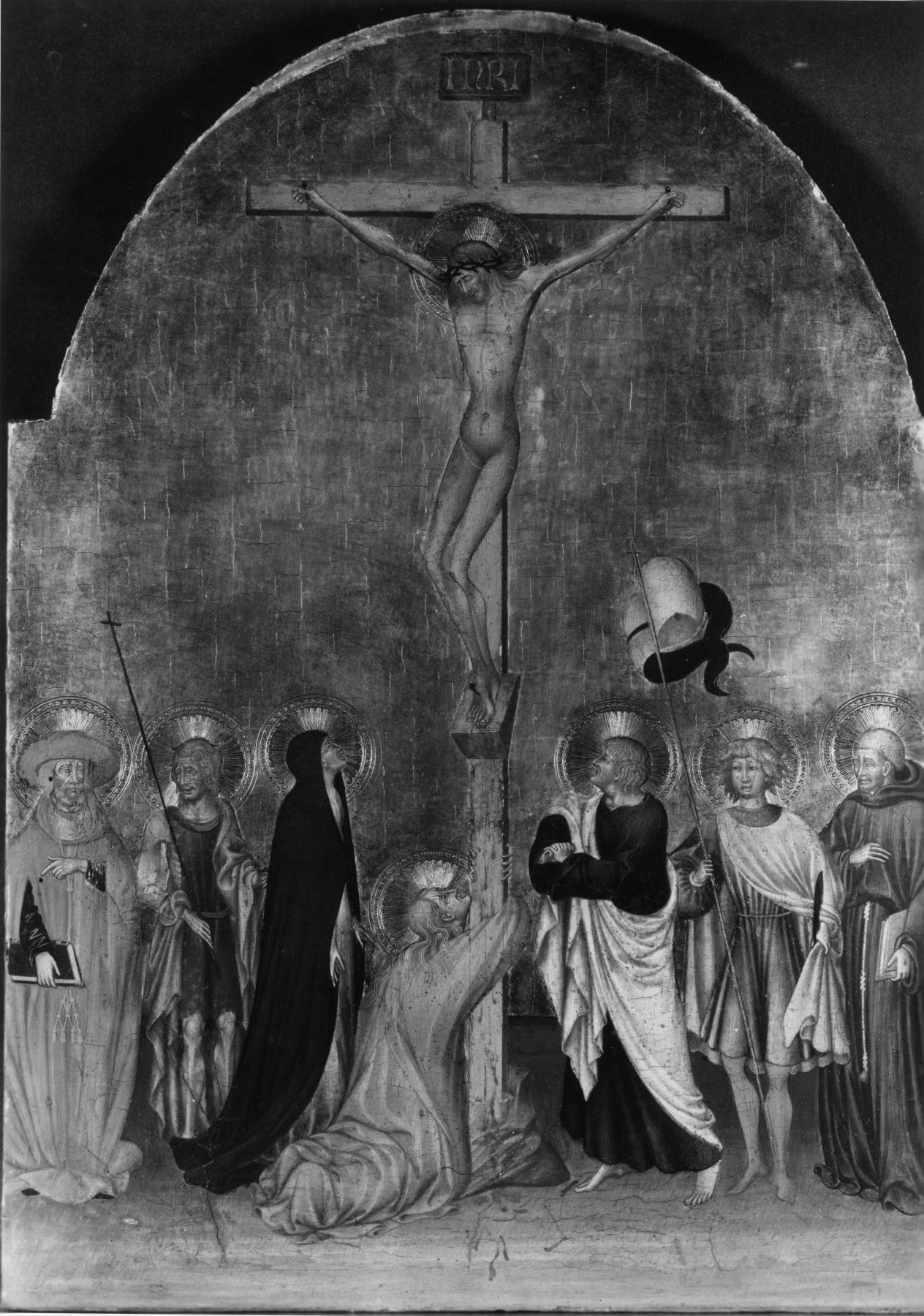 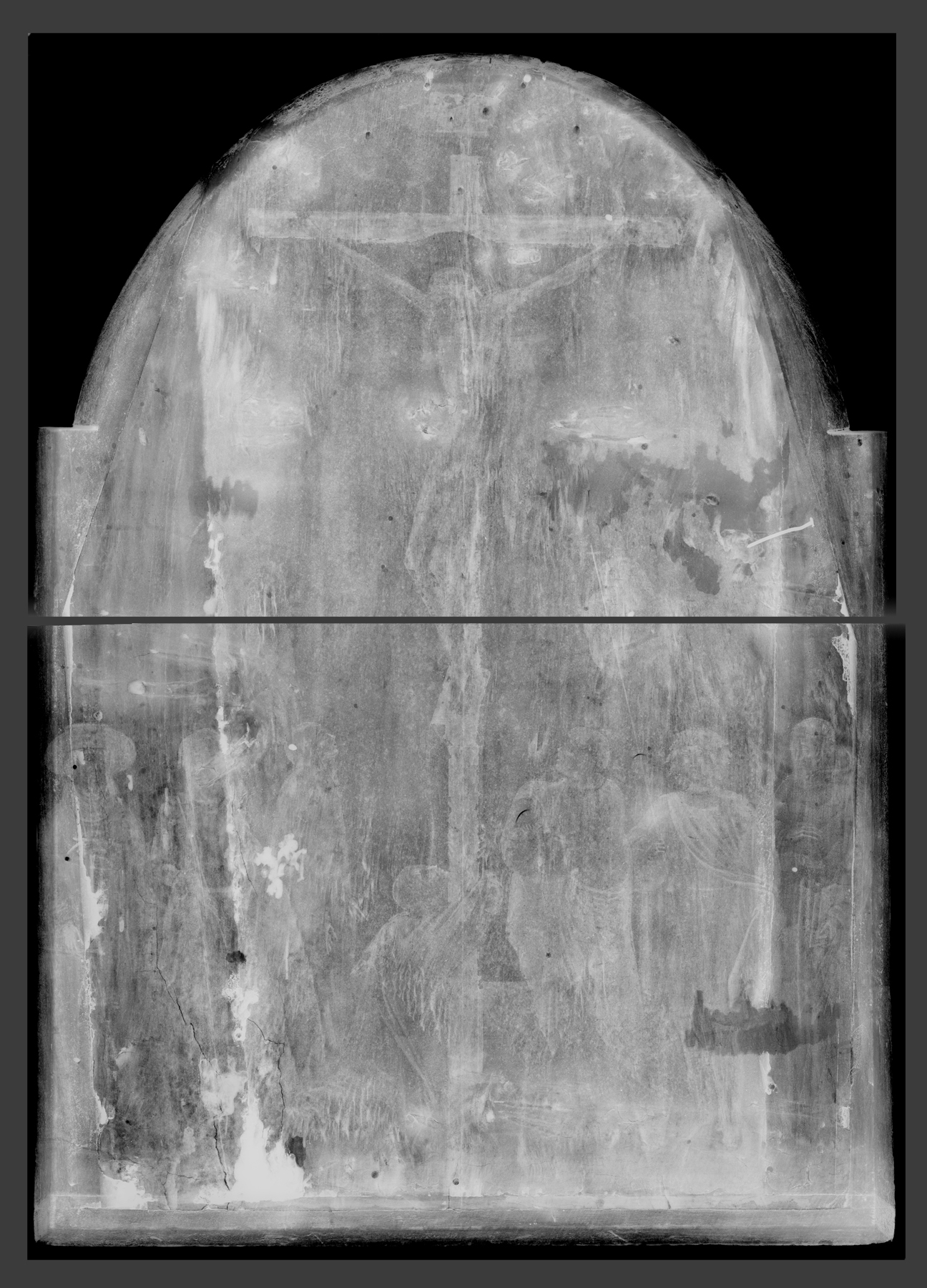 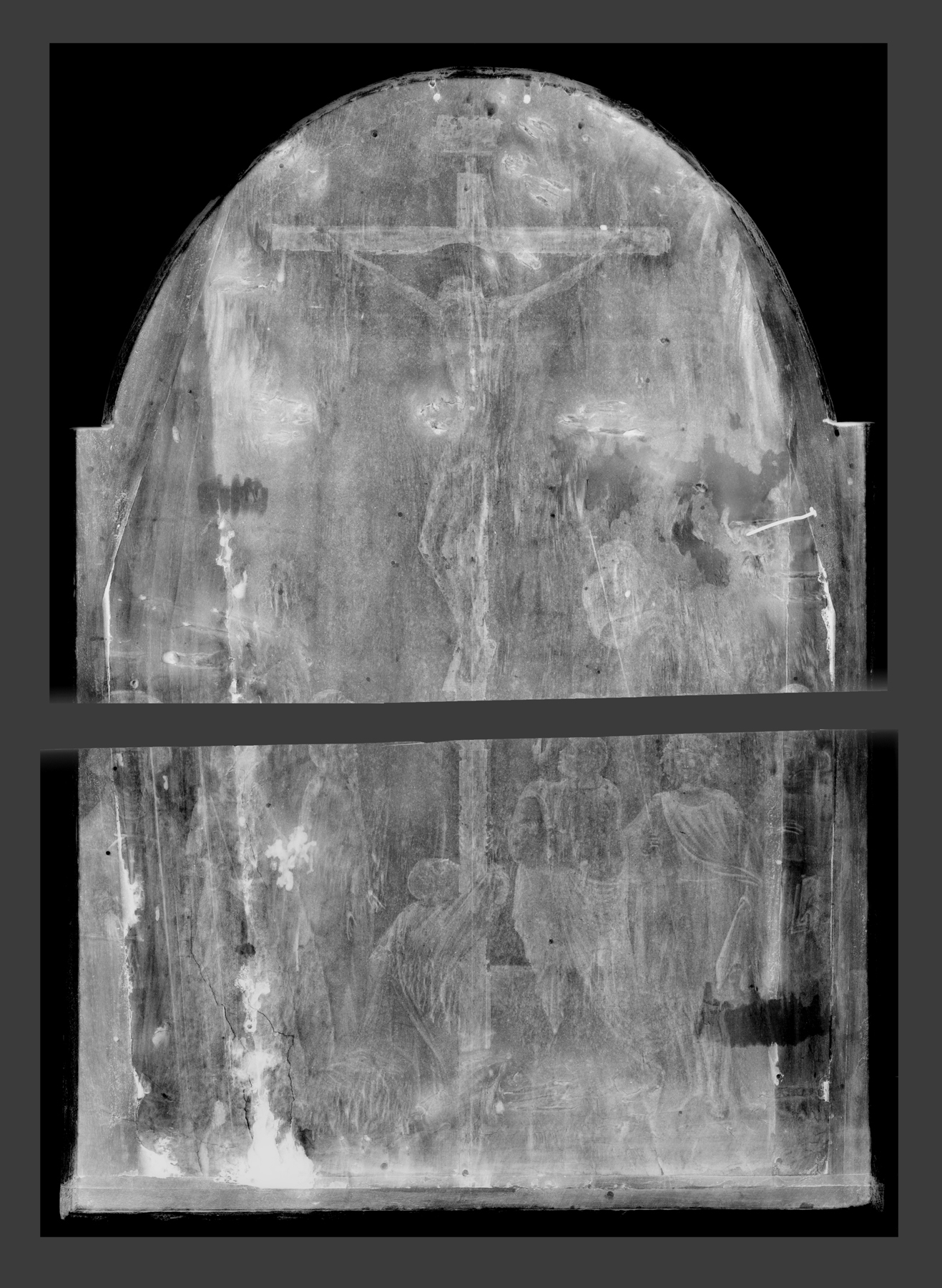 The Crucifixion with Saints

This image of the Crucifixion differs from the biblical account of the event in that Christ is not surrounded by mounted Roman officials along with his followers. The moment is treated more as a "sacred conversation" among saints who lived at very different times. He is immediately flanked by the Virgin Mary (in a dark cloak at the left of the cross), Mary Magdalen (embracing the foot of the cross), the apostle John (at the right of the cross with his hands clasped). At the far left is Saint Jerome, wearing a red cardinal’s robe and hat, followed by John the Baptist, with a cross staff and animal skin shirt. At the far right is Francis of Assisi, wearing his typical brown habit, and Saint Ansanus, patron saint of the city of Siena and carrying its black-and-white banner. The inclusion of Saint Ansanus suggests that the painting was commissioned by a Sienese citizen, probably for devotional use in a domestic interior.

The brittle and expressive figures with their calligraphic draperies are typical of the Sienese artist Pellegrino di Mariano, who excelled in the production of manuscript illustrations and small-scale paintings such as this one. Pellegrino was a close follower of Giovanni di Paolo, also represented in the Walters’ collection (see 37.489 and 37.554).