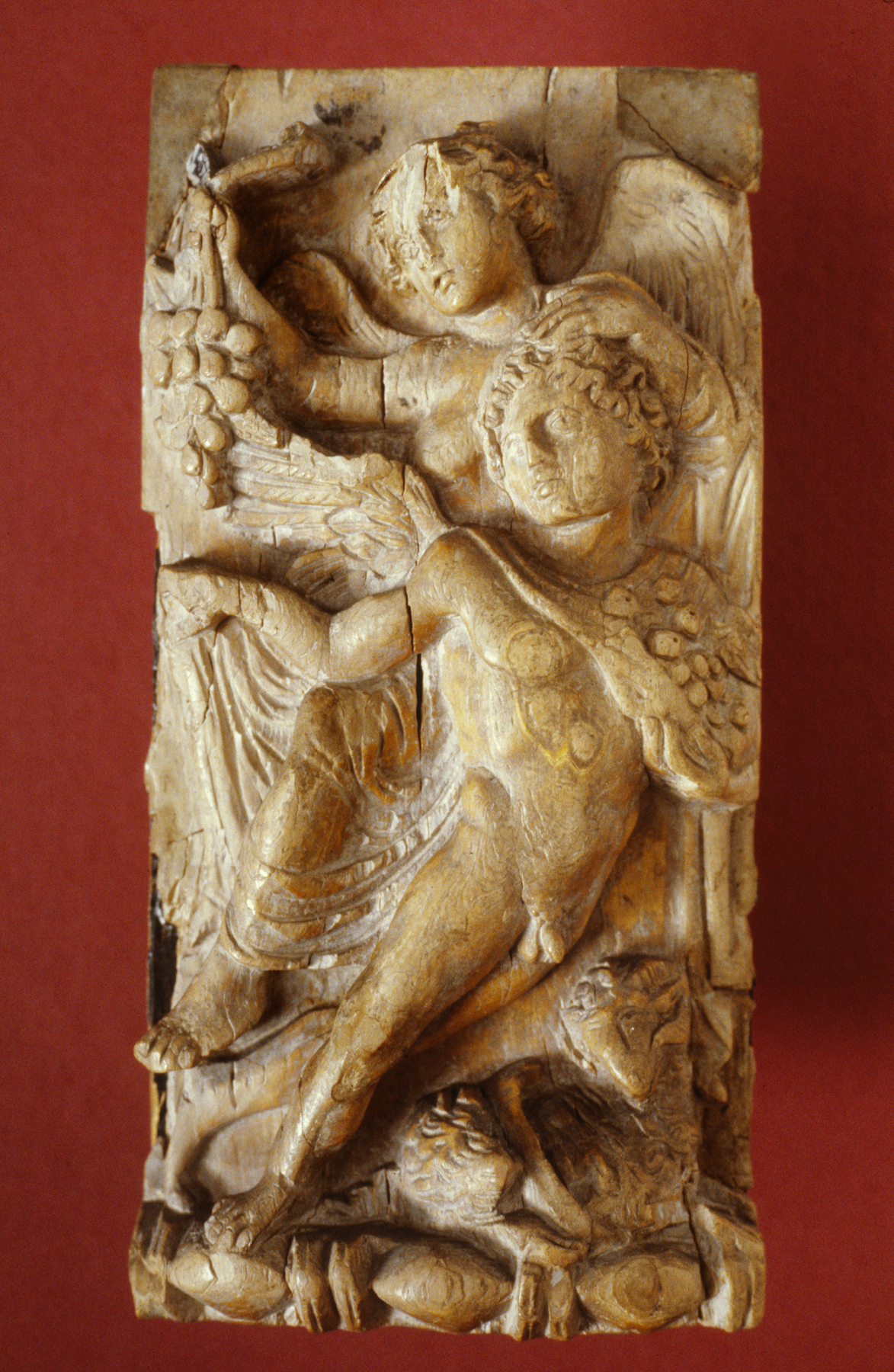 Plaque with Winged Victory and Autumn

A winged victory holds a bunch of grapes as a reference to the fall season. Autumn, in the form of a male personification, cradles harvest fruits and leans out in a dynamic, diagonal pose. He hovers above a ram in the lower right corner. A seated goat rests in the lower right corner. This plaque was probably one of four that illustrated the four seasons, depictions which, accompanied by winged victories, were popular motifs in the 2nd through 4th centuries. The lower border of the plaque is carved with a bead-and-reel border that has a number of cracks from drying after burial. The nose and forehead of the Victory have flaked away.