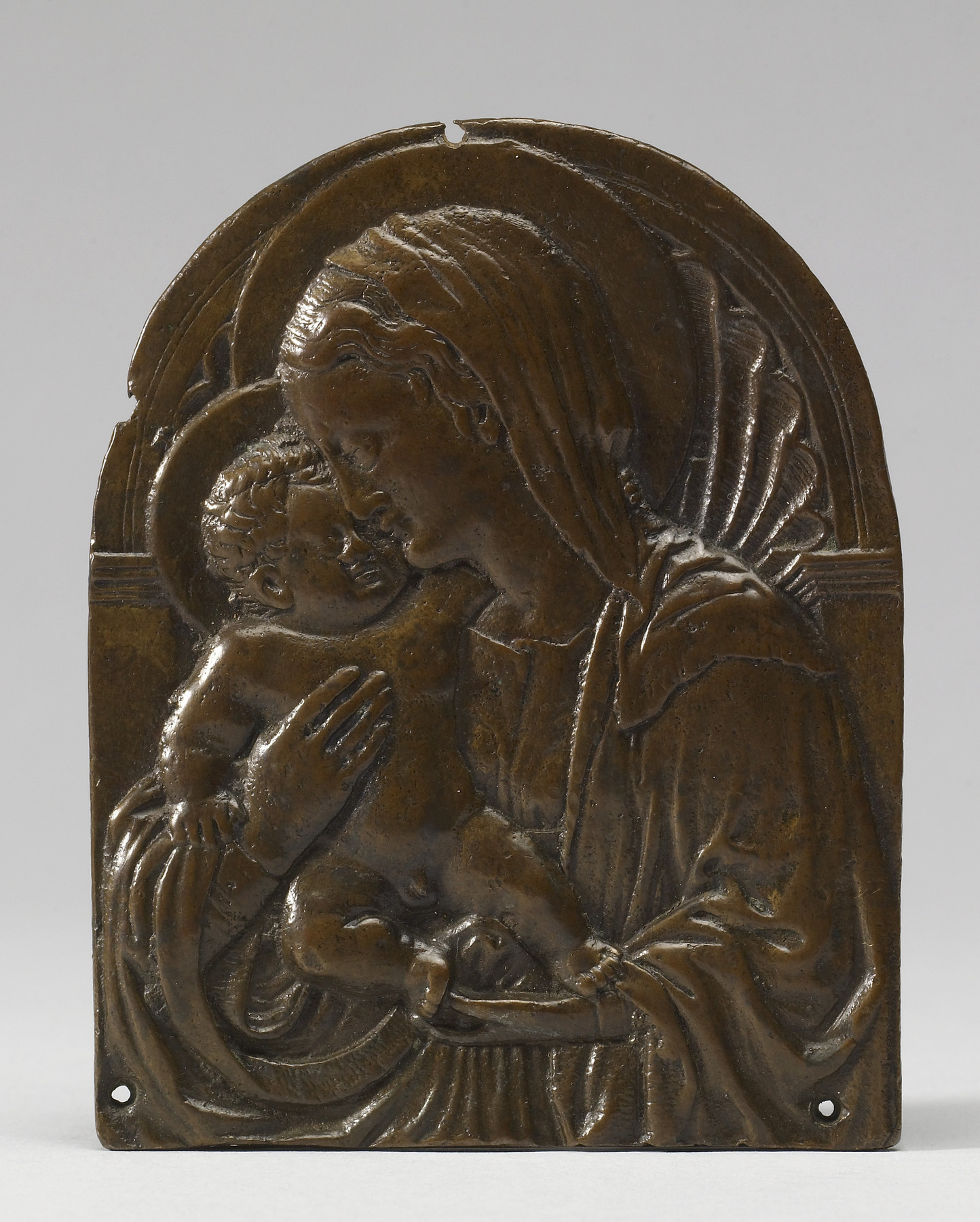 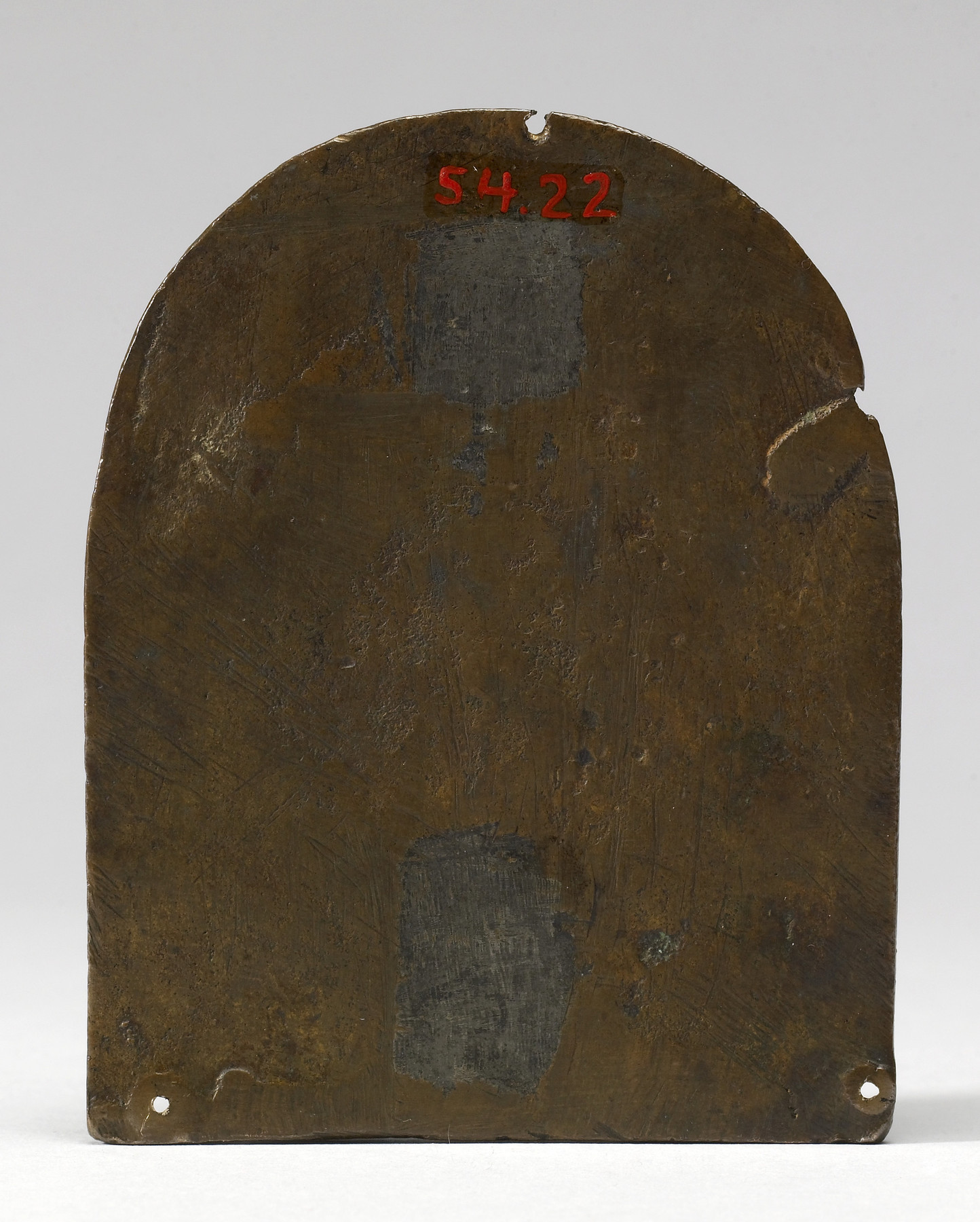 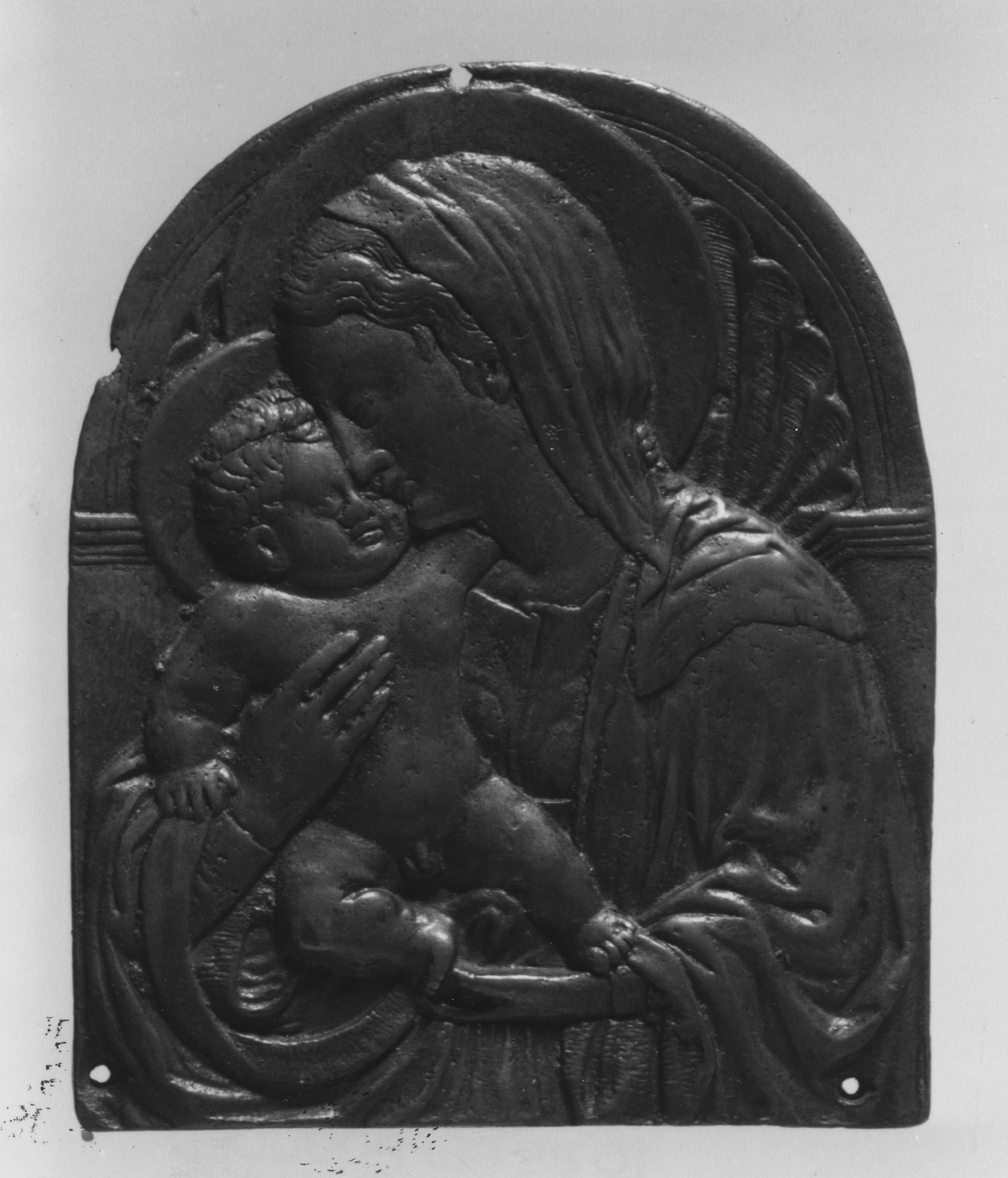 Virgin and Child in a Niche

This small plaque depicts a half-length image of the Virgin holding a squirming Christ Child close to her. The Virgin's face, seen in profile, is visually linked to the frontally faced Christ, who reaches his arm around her neck and presses his face against hers. Behind the figures, a scalloped-shell lunette forms an arch that frames the figures.

The plaque's small size (easily fitting into the hand or attached inobstrusively next to a door) and maternal image suggests it was a private and portable devotional object for the home. There are many versions and variations of this composition. scholars have thought that all are based on a lost original. The Walters example, though worn, is extremely fine with soft volumes defining the drapery and flesh that distinguish it from harder, more linear interpretations.