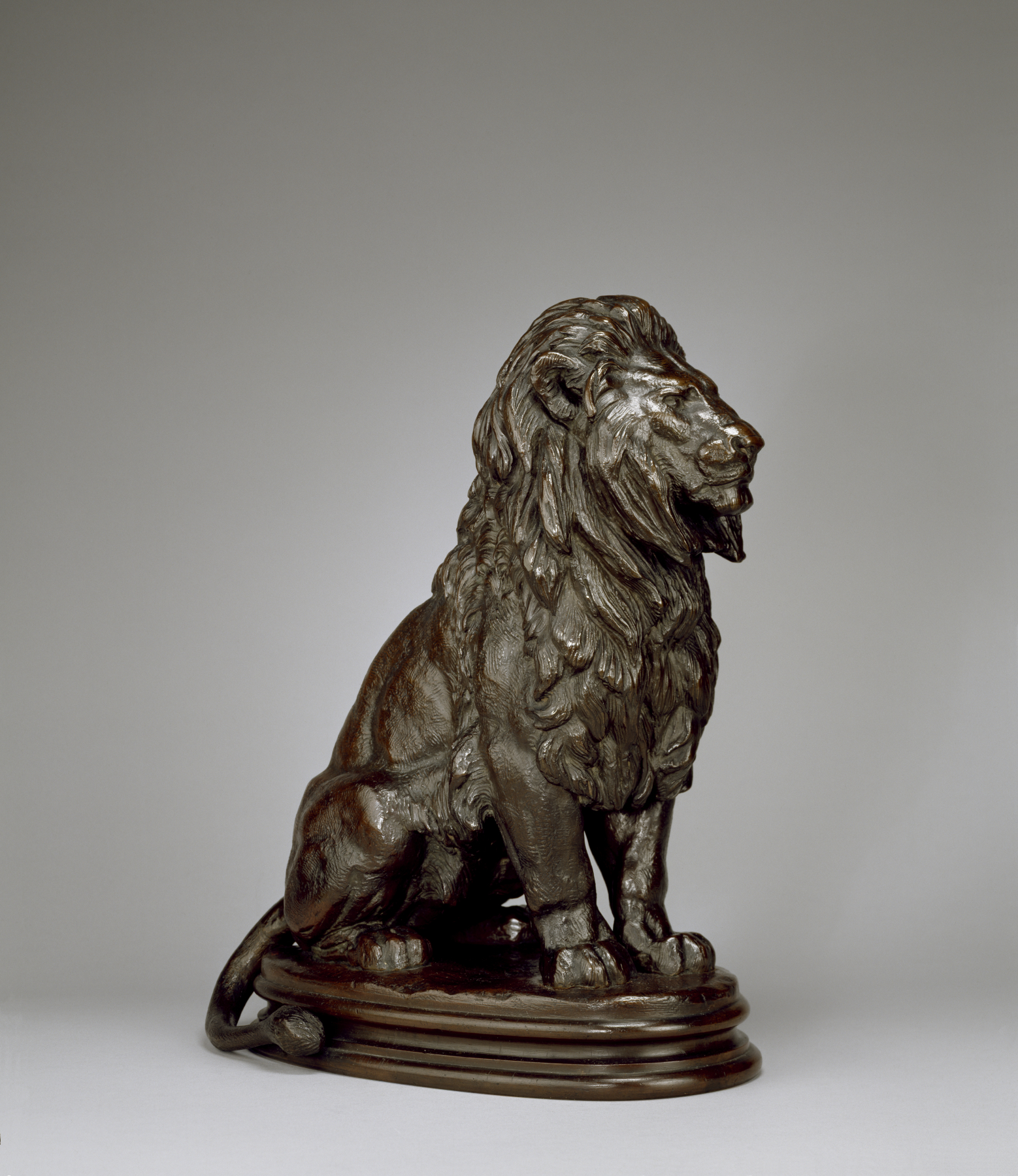 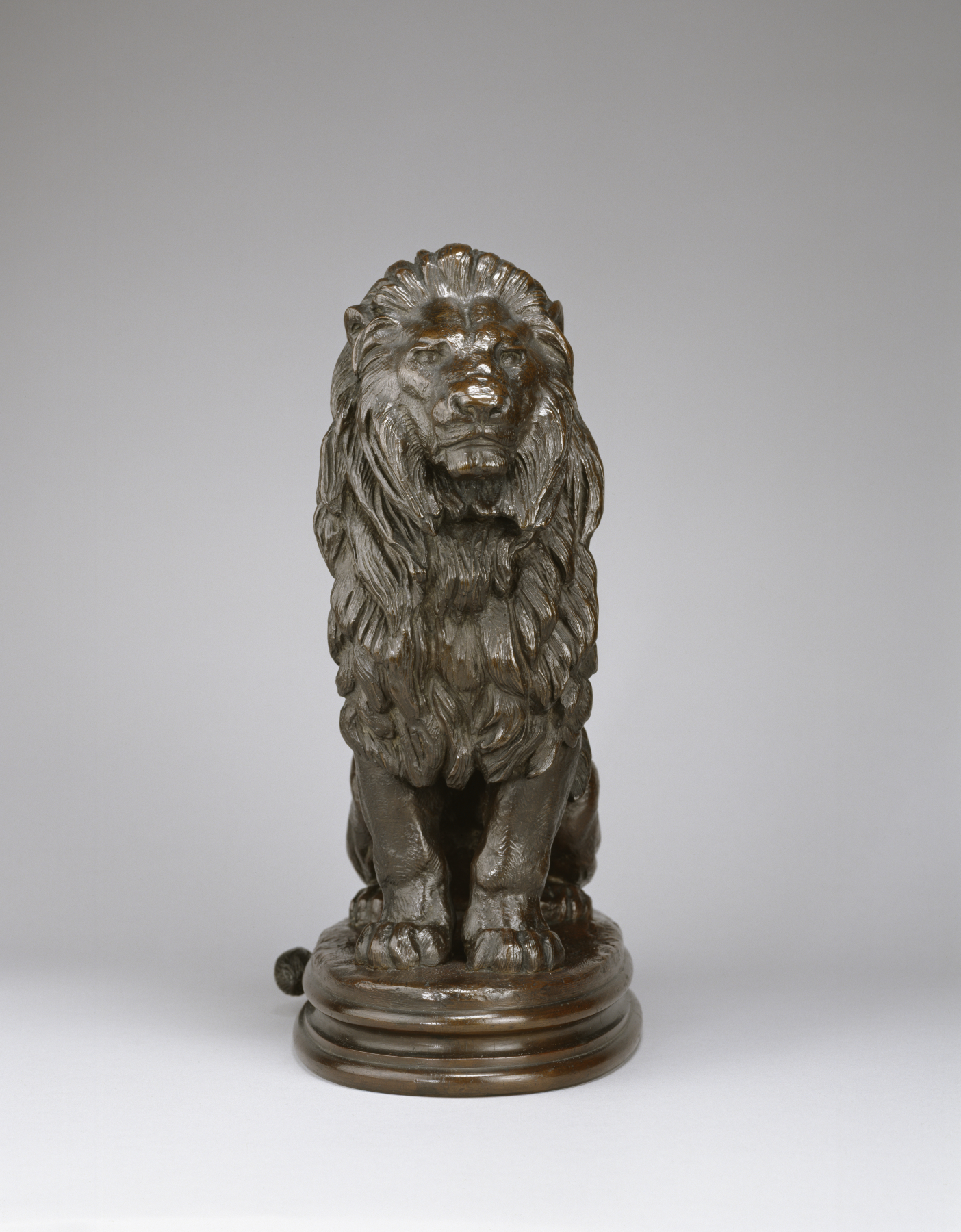 In 1846, the government of King Louis-Philippe commissioned Barye to produce a life-size statue of a seated lion, which was installed in the Tuileries Gardens near his "Lion and Serpent" of 1833. Unlike the earlier sculpture, which conveyed a sense of the drama associated with the 1830 revolution, this majestic lion symbolizes strength and force, virtues associated with the seemingly stable Orléans monarchy. Twenty-one years later, a duplicate of the "Seated Lion" was cast from the original statue to form a pair. They were then installed flanking an entrance to the Louvre Palace used by Napoleon III. The Walters' bronze, a reduction of the Louvre sculptures, was cast in three sections. It served as a foundry model for producing sand-cast sculptures.