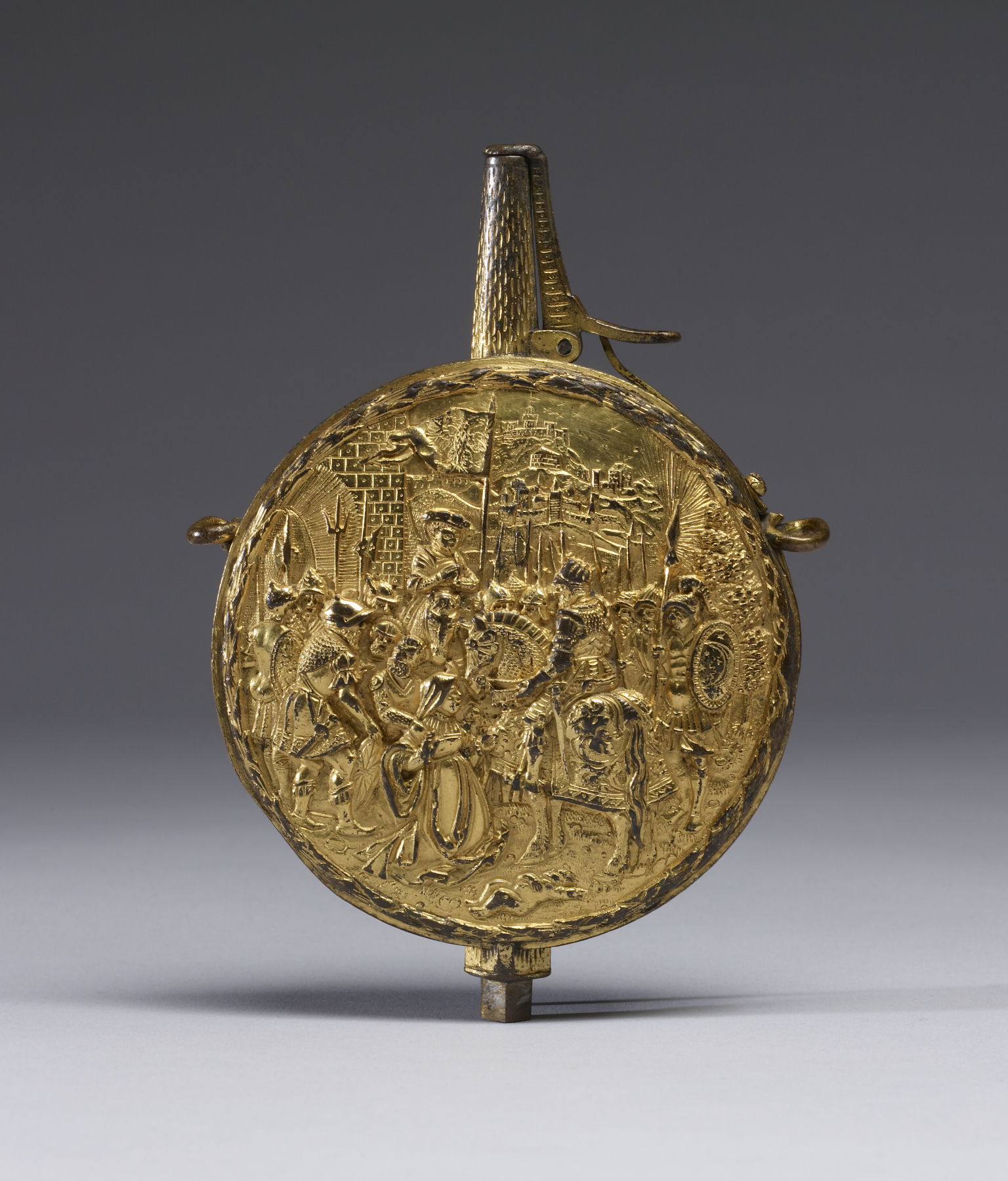 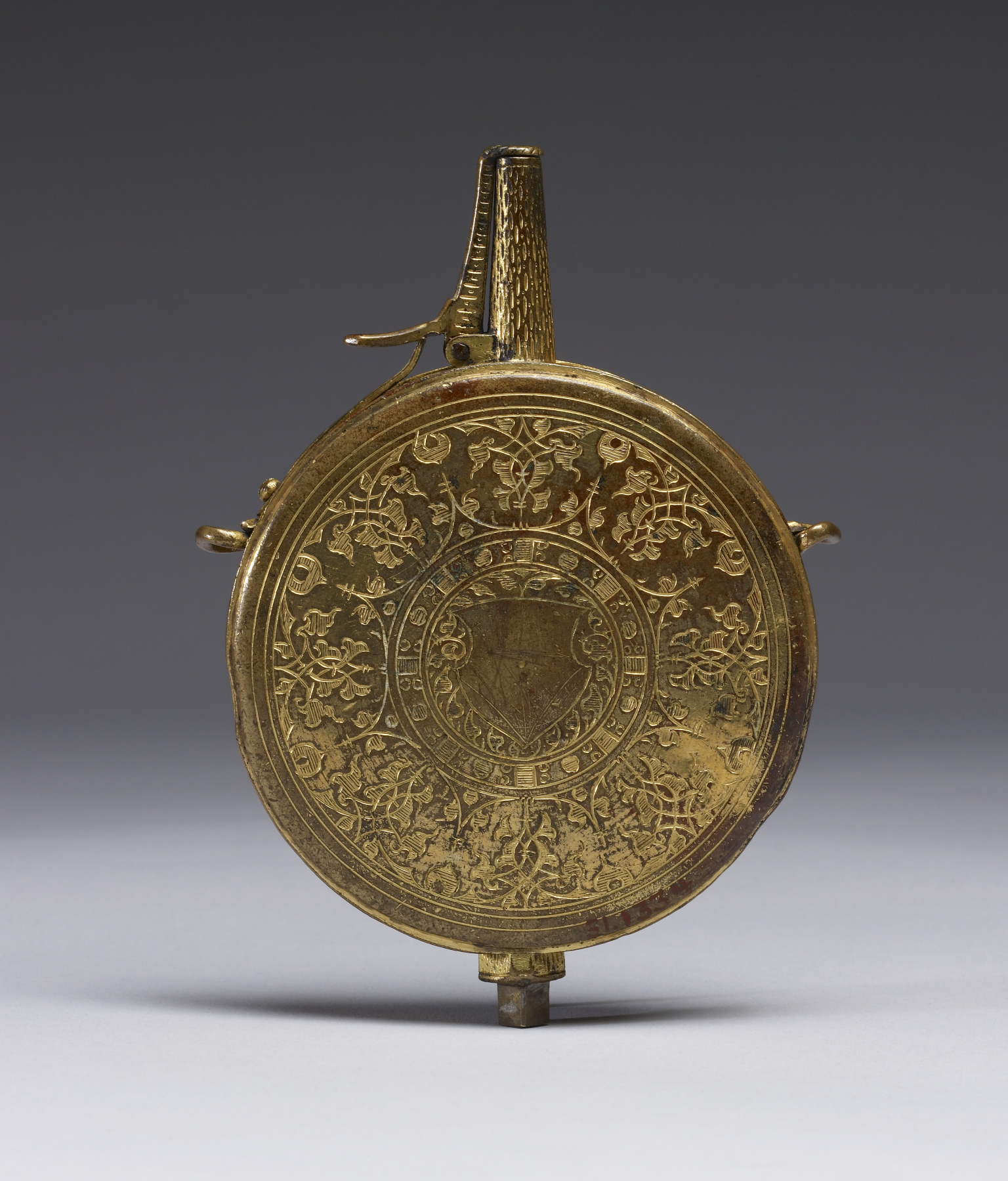 Flask for Priming Power with the Justice of Trajan

The fine relief represents the emperor Trajan (AD 98-117), setting out on horseback from Rome, who is approached by a poor widow who calls out, "To Trajan I appeal for justice!" Her only son had been murdered, and she was unable to obtain justice. Having established the truth of her story, Trajan satisfied her appeal. His concern for justice was admired in his own and later times. A pennant with the Habsburg imperial double-headed eagle carried here by one of the emperor's guards is meant to suggest that the Habsburgs as Holy Roman Emperors are the political descendants of the ancient Roman emperors and are as concerned with justice as was Trajan.

The use of a finely wrought relief for a flask suggests that it was meant as a present, given the imagery, perhaps even for the Habsburg Holy Roman Emperor Charles V (1500-1558). The relief also exists as an independent plaque, and the same artist made other plaques, but his name remains unknown.