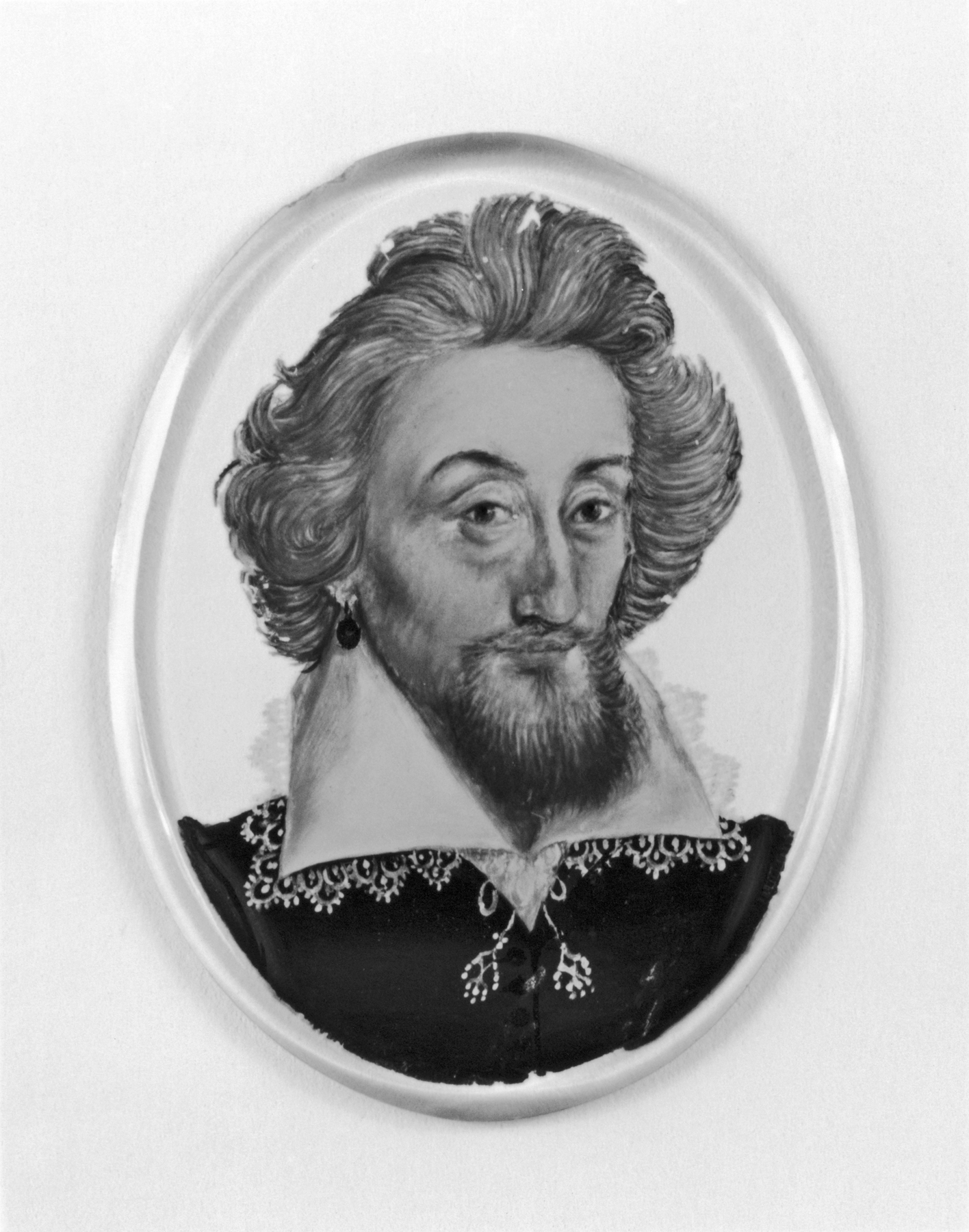 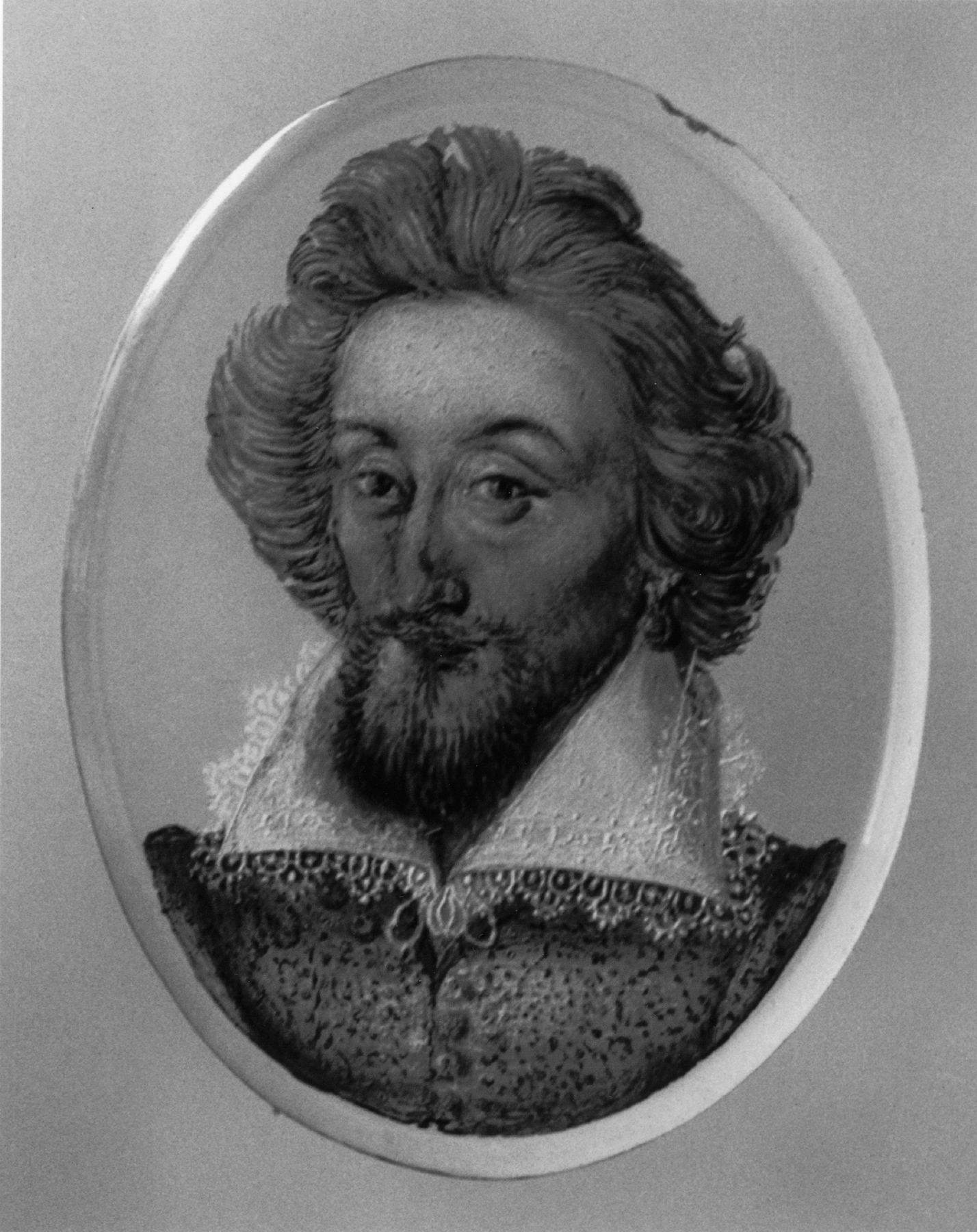 In an astonishing display of virtuosity and amusing artifice, the unknown miniaturist painted the French king twice, one image directly on top of the other (but in reverse and with a black jacket and black pearl ear ring) on the same side of one piece of glass. Then, a second piece of glass was fitted over the top image. The portrait was probably for a locket.

Henry of Bourbon, king of Navarre (1553-1610), became King Henry IV of France (after converting from Protestantism to Catholicism) in 1589.