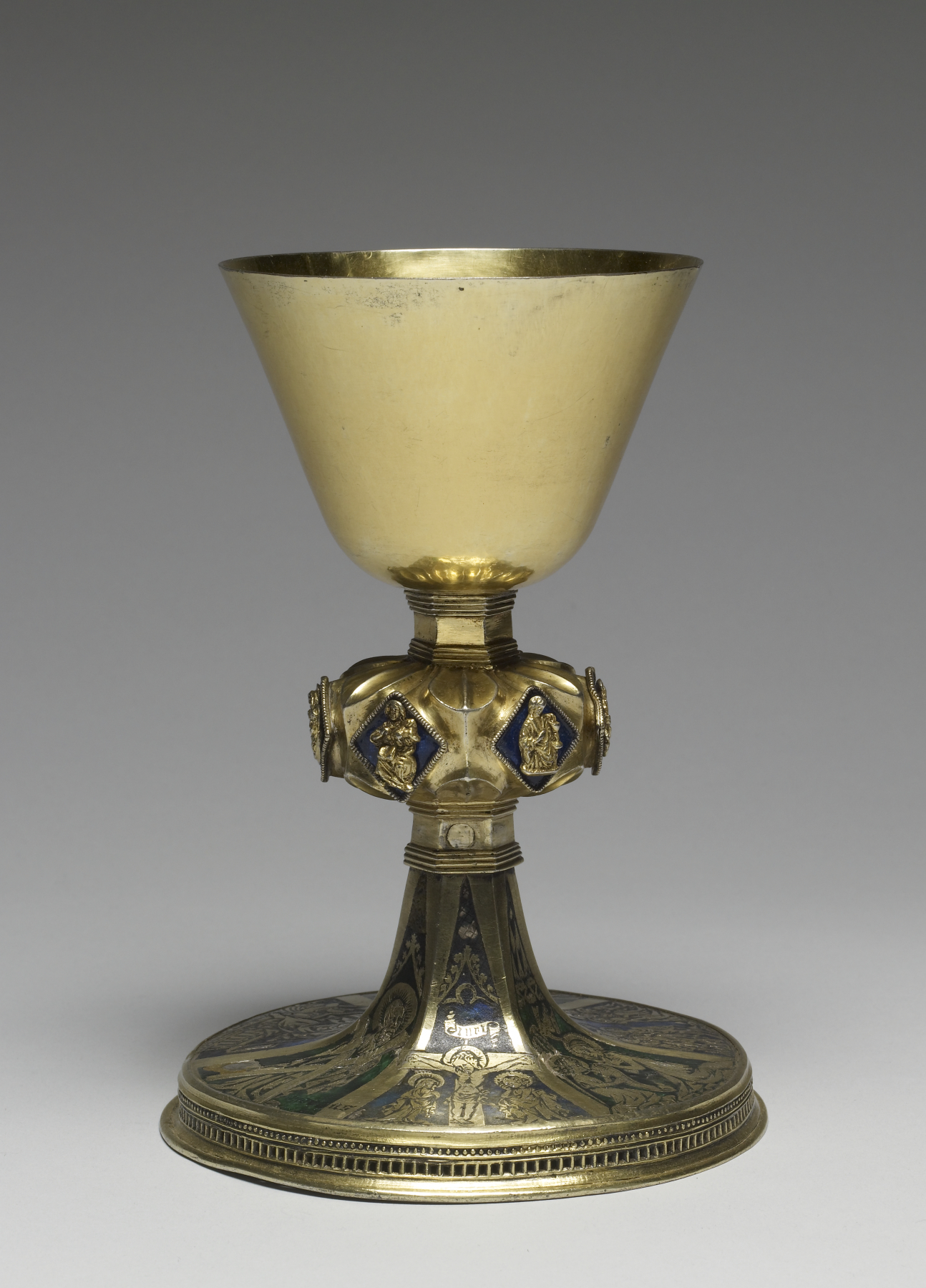 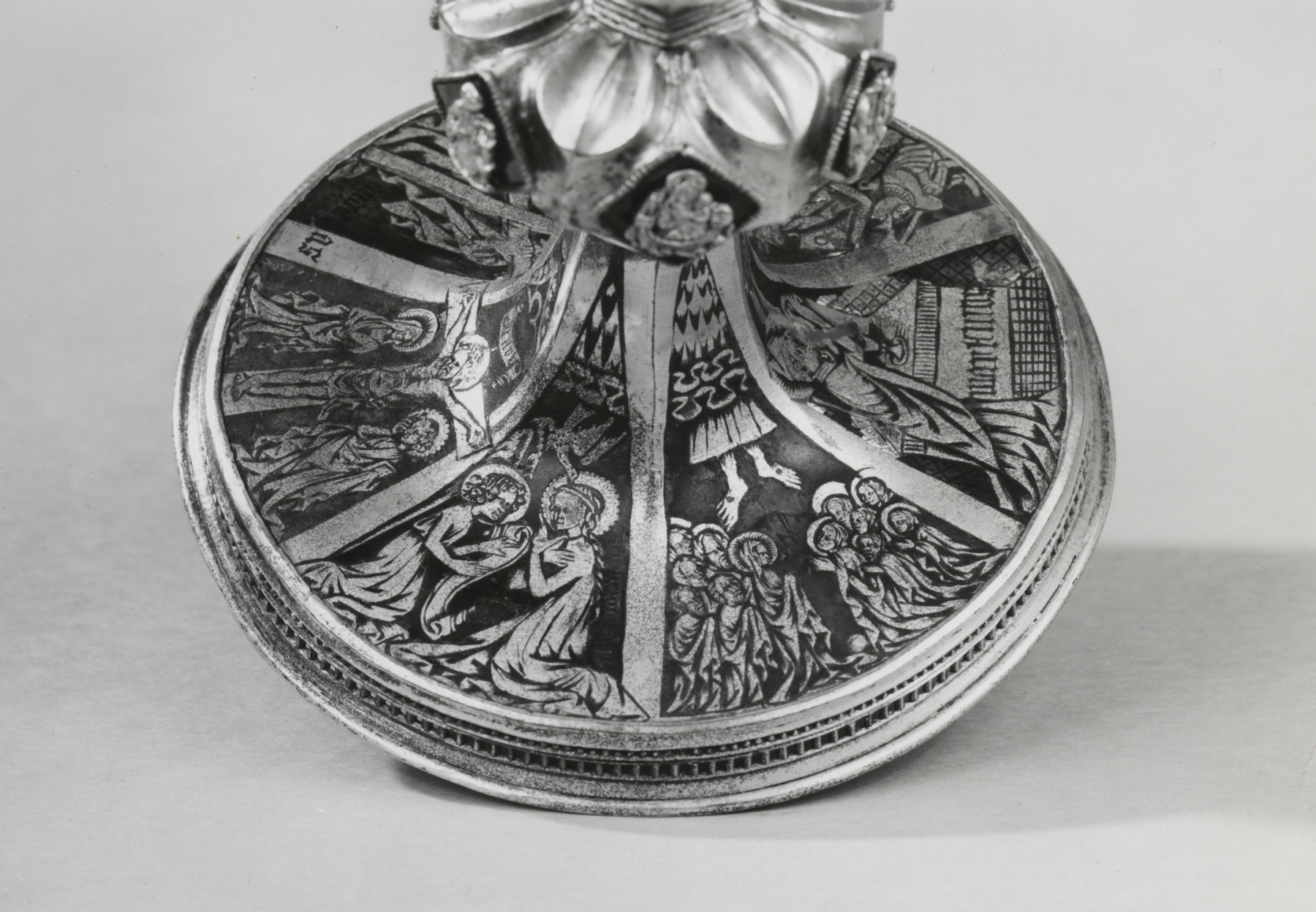 Chalice with Saints and Scenes from the Life of Christ

The stem and cup of this chalice were probably made in Germany ca. 1500 and are later than the base, which has been attributed to Bohemia or Austria and dated ca. 1400. The enamels contain an image of the apostle Andrew (holding the X-shaped cross on which he died), to whom the church where the chalice was used was probably dedicated. Around it are the Annunciation, Crucifixion, Resurrection, and Ascension (with Christ disappearing in the clouds). The last scene shows St. Martin (316-97), bishop of Tours (France), celebrating mass as divine flames descend upon an altar with a chalice upon it.