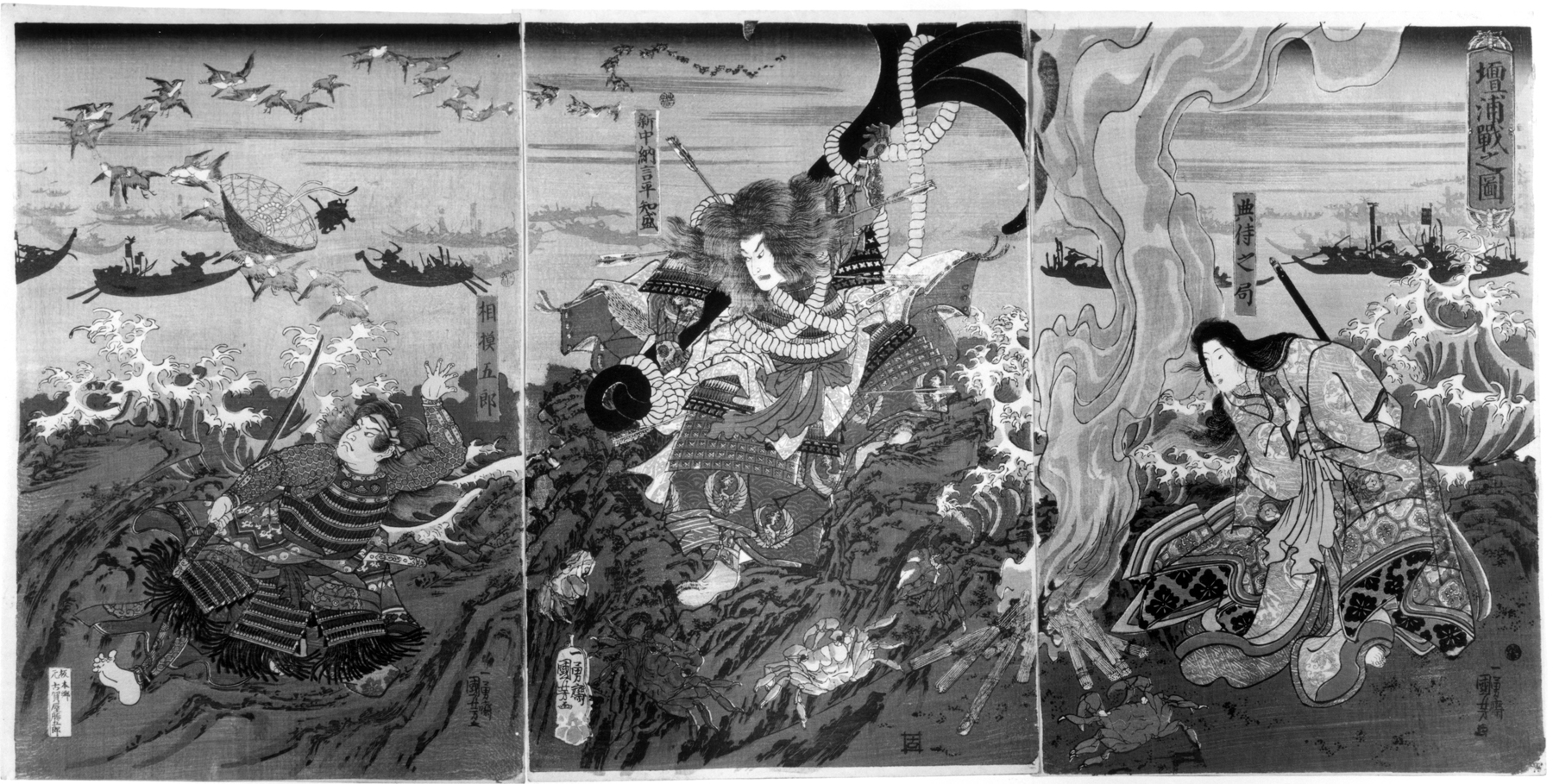 At the great sea battle of Dan-no-ura (1185), the Heike commander Tomomori, realizing all is lost, ties himself to an anchor, preferring death by drowning to capture by the triumphant Genji forces. With his retainer and mistress he watches as one by one the Heike warriors leap into the sea, sinking rapidly in their full armor. It is said that at this spot the spirits of dead Heike warriors inhabit the crabs; on dark nights thousands of ghostly fires hover about the beach, and sounds of battle come from the sea. In fact, it is the haunted Dan-no-ura that Kuniyoshi depicts in this triptych.