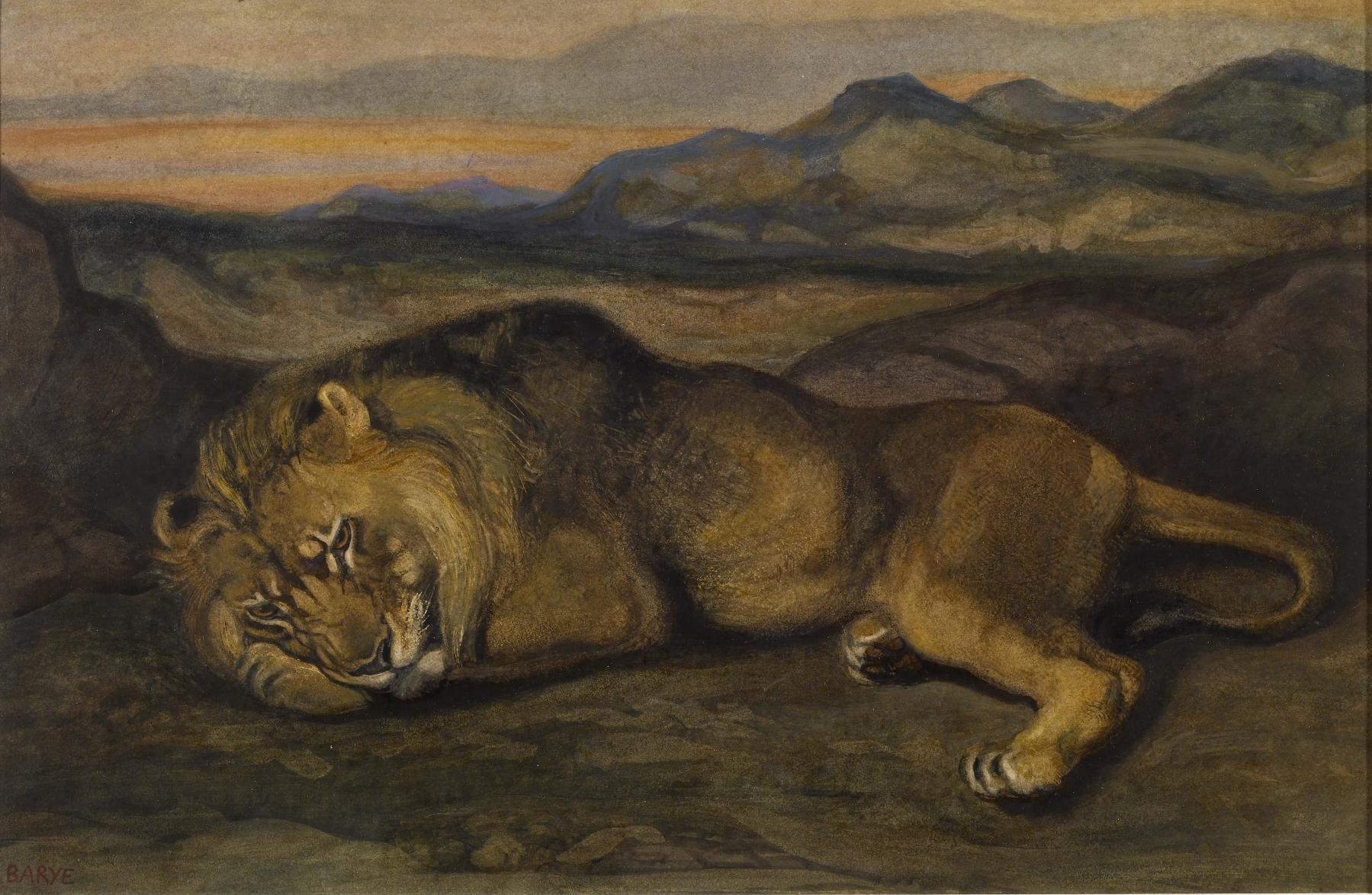 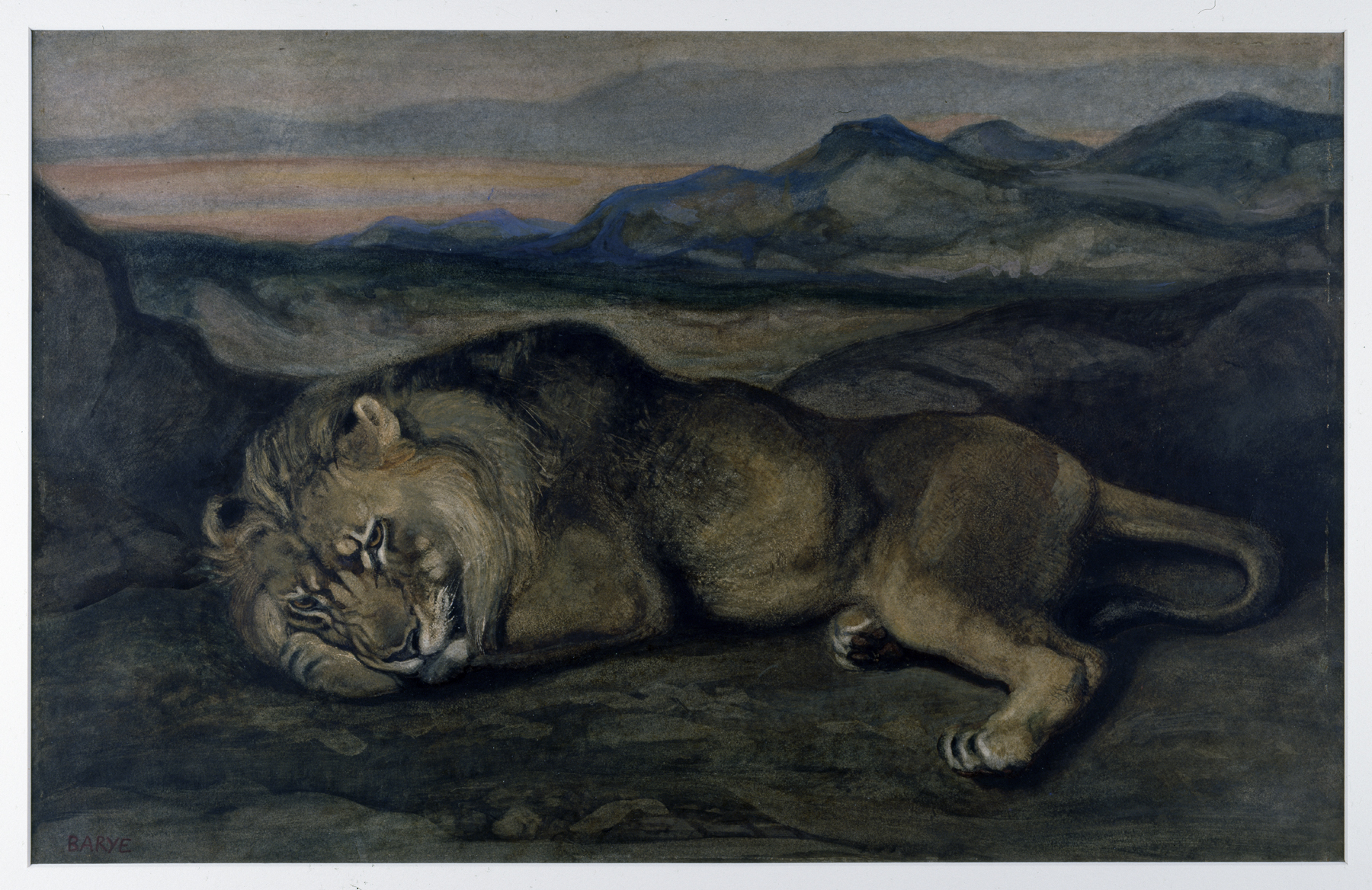 "Large Lion" shows a monumental lion staring directly at the viewer. Barye places the animal against an expansive landscape and an almost surreal orange sunset. This watercolor demonstrates well Barye's idiosyncratic technique of building up his surfaces in a manner similar to the way he built up clay in his sculptures. The analogy between his watercolors and sculptures was noted by several contemporary commentators. Philippe Burty, for example, likened his watercolors to "painted low reliefs," ("Ventes d'Aquarelles, de Dessins et de Tableaux," Gazette des Beaux-Arts, February 1, 1859). Here, Barye uses a scraper to render the whiskers and mane of the lion in a "sgraffito" technique, while his fingerprints are discernible in a passage of pink watercolor at top right.