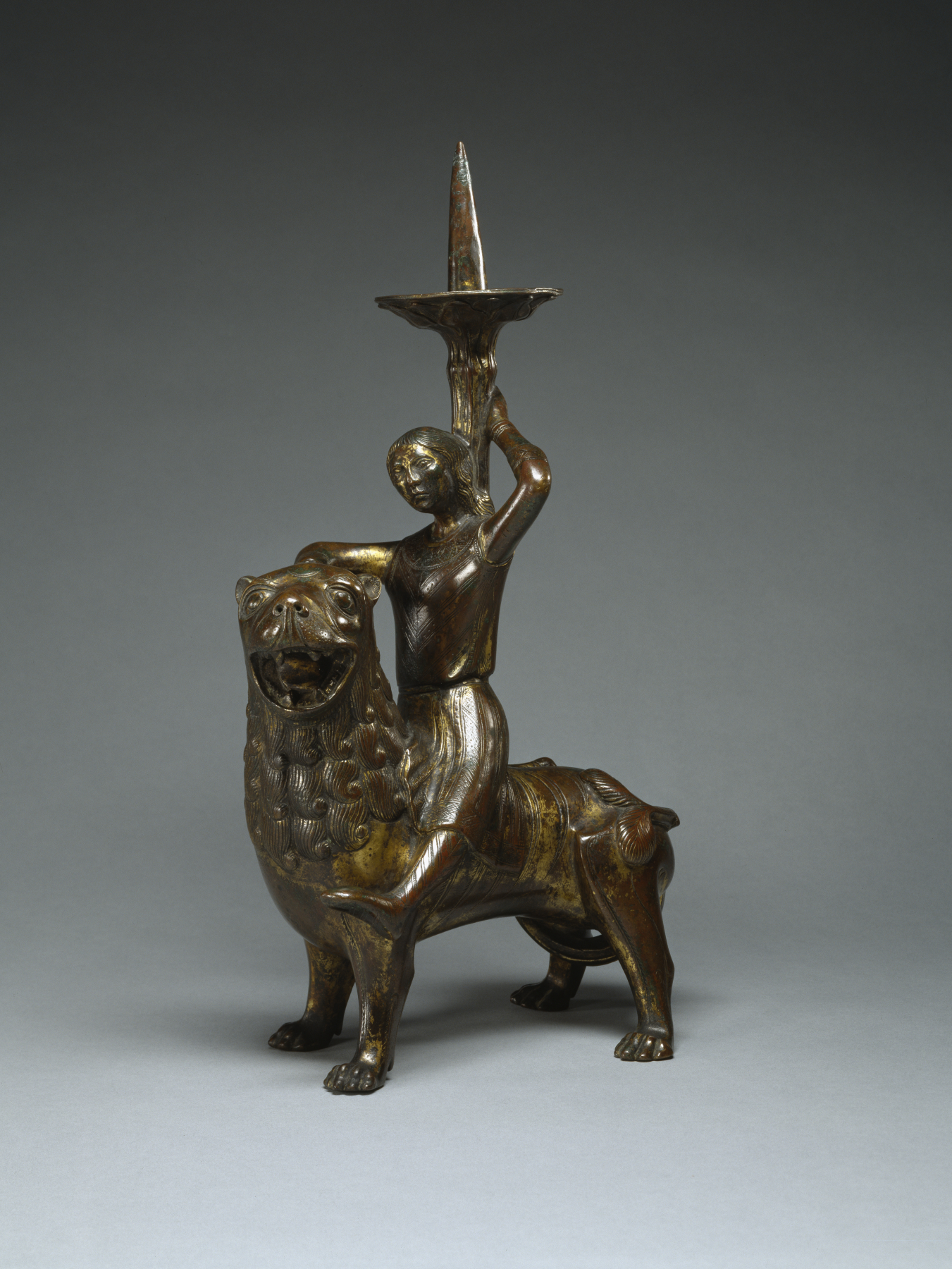 Samson and the Lion

This superb bronze candlestick refers to a scene from the biblical book of Judges (14:5-7), which tells how Samson killed a lion with his bare hands. Here, Samson rides the animal, with one hand resting on its head and the other supporting the drip pan for the candle. Bronze candlesticks and pitchers of this period were frequently made in the shape of a lion, a symbol of strength and courage.