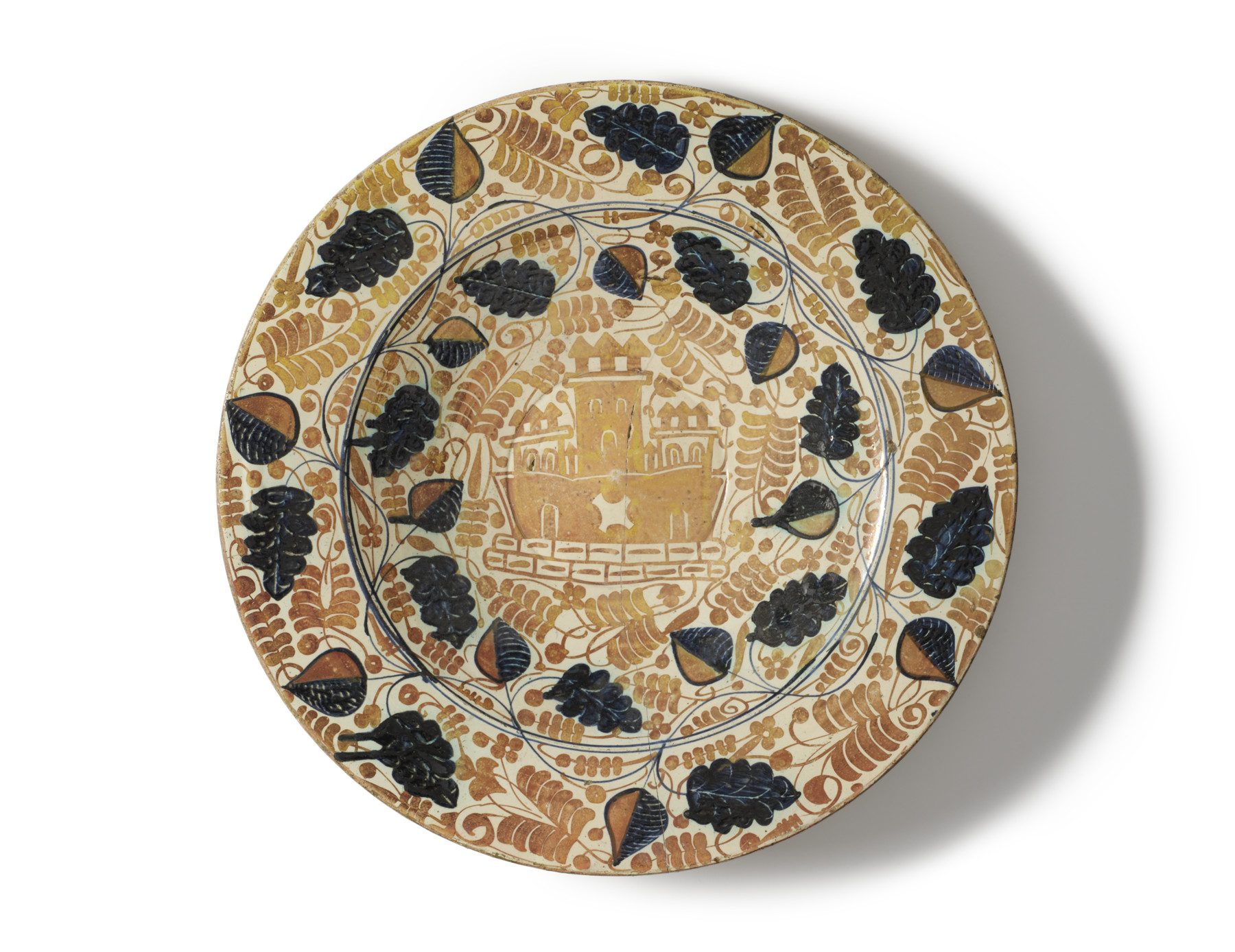 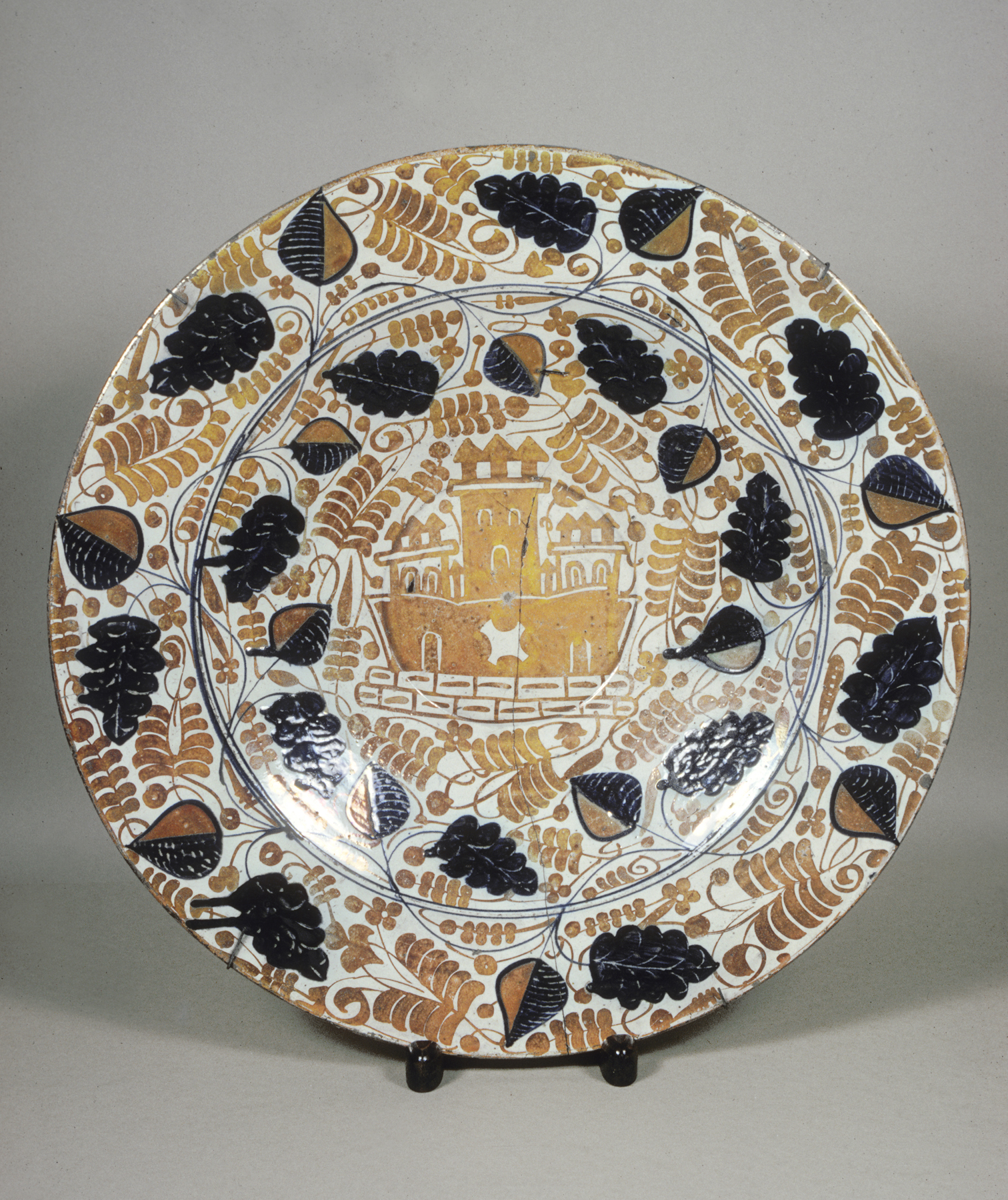 Plate with a Castle

This plate probably served more a decorative than a practical function. The art of creating earthenware with a metallic sheen was developed by Islamic craftsmen in the 9th century. It was introduced into Spain with the Islamic conquest, one important center of production being Valencia. Often called Hispano-Moresque ware (due to being made by Islamic craftsmen in southern Spain known as Moors), it continued to be produced for local use and export long after the Christian reconquest of Valencia (late 13th century) and Spain as a whole (late 15th century). It was prized in northern Europe, where there was no tradition of decorative lusterware.