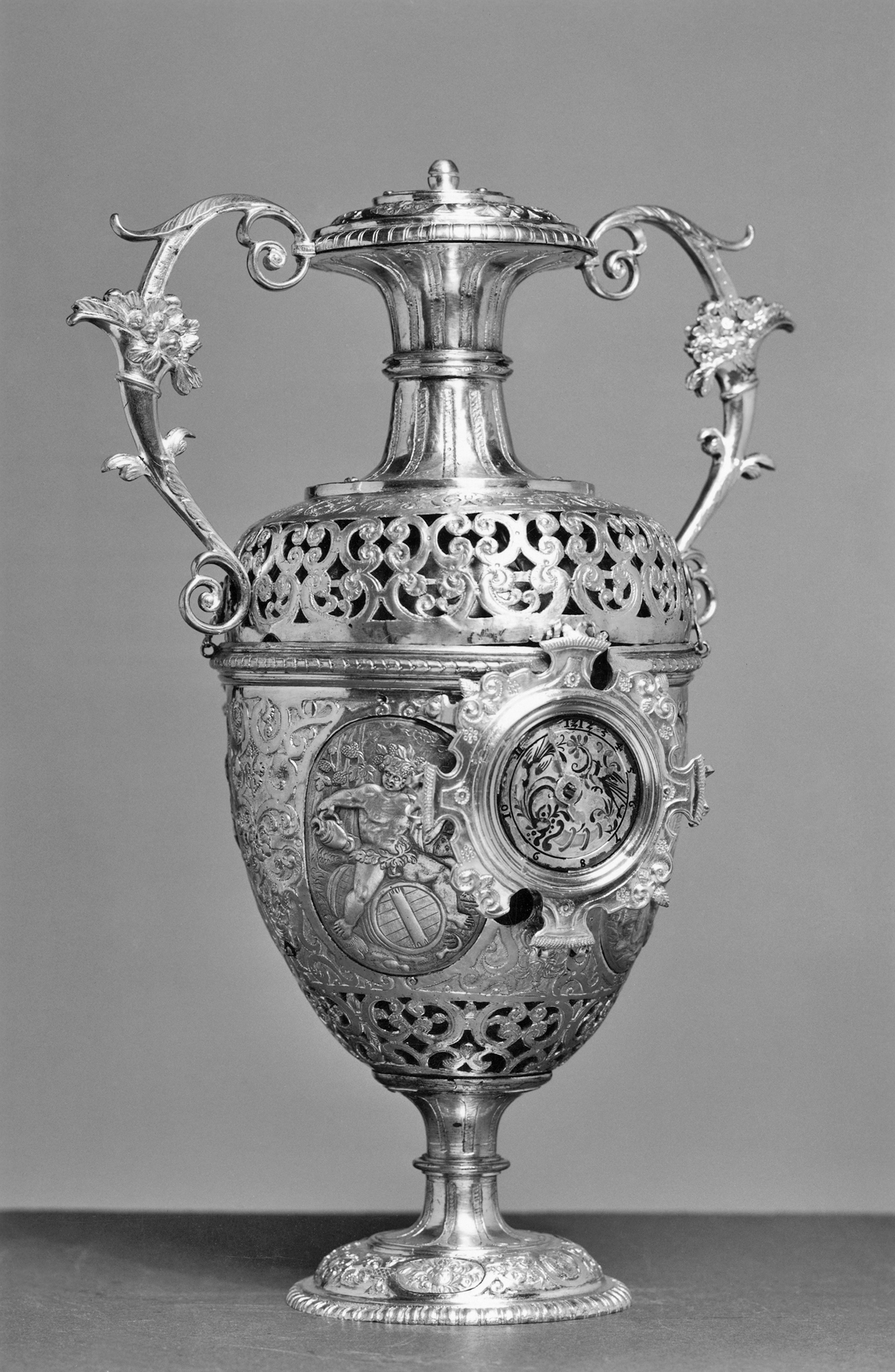 Clock in the Form of an Urn

The movement of this clock is marked D. F. with a pinecone, indicating Augsburg as its city of origin. It is typical of the elaborate clocks with symbolic associations for which that city became known in the later 16th and 17th centuries. Urns had been used since antiquity for the ashes of the dead, while on the silver ovals are allegorical representations of the four seasons.