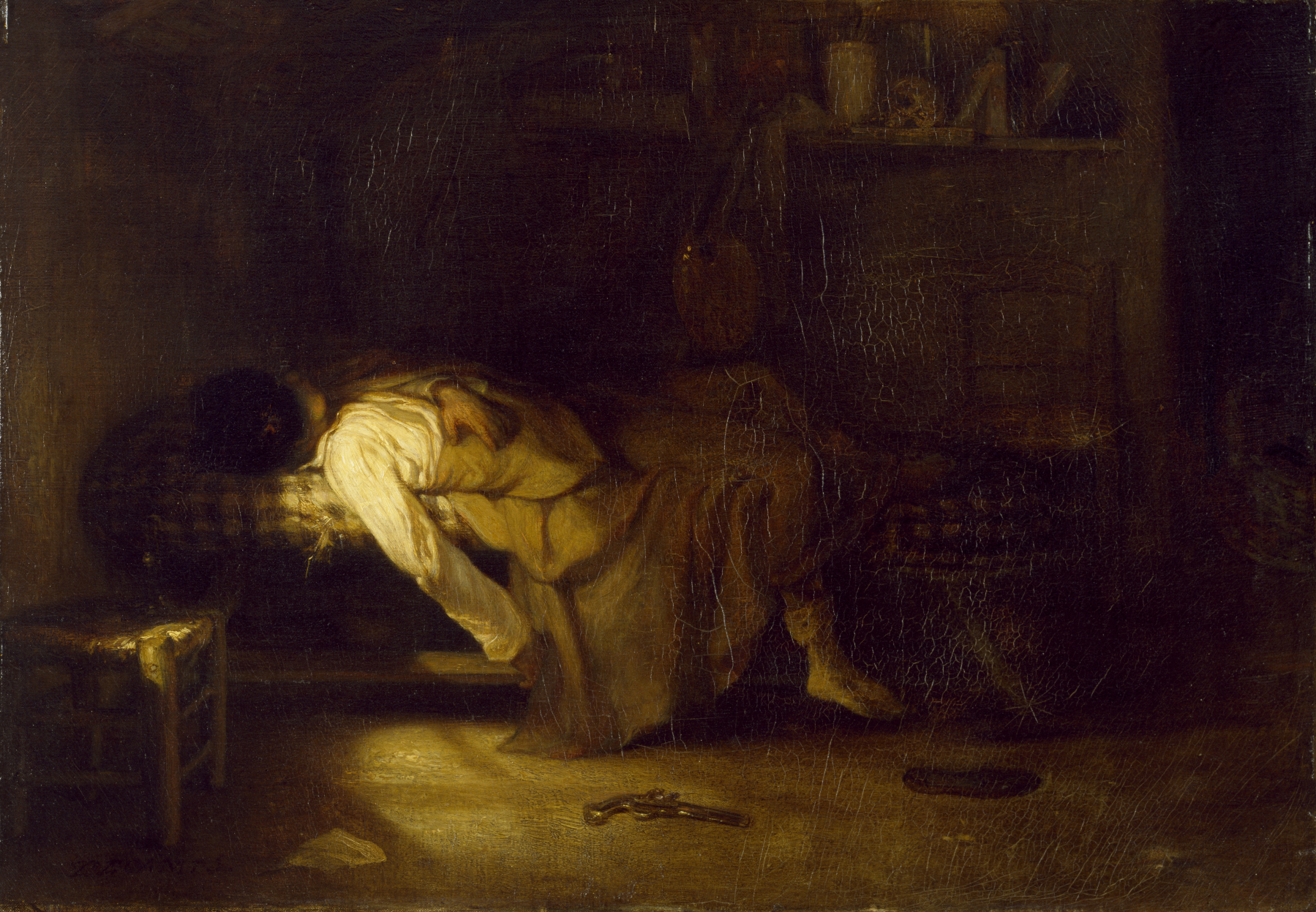 The palette, pistol, and note lying on the floor suggest the tragic sequence of events that has taken place. An artist overcome by adversity has taken his life. Although no particular victim is indicated, this subject might have been prompted by the suicides in 1835 of Decamps' fellow artists Léopold Robert and Baron Antoine-Jean Gros, whose late paintings had been severely criticized. Decamps pursued a successful career painting a few historical subjects, numerous scenes based on his travels in the Near East in the early 1830s, and views of hunting in the Fontainebleau forest.