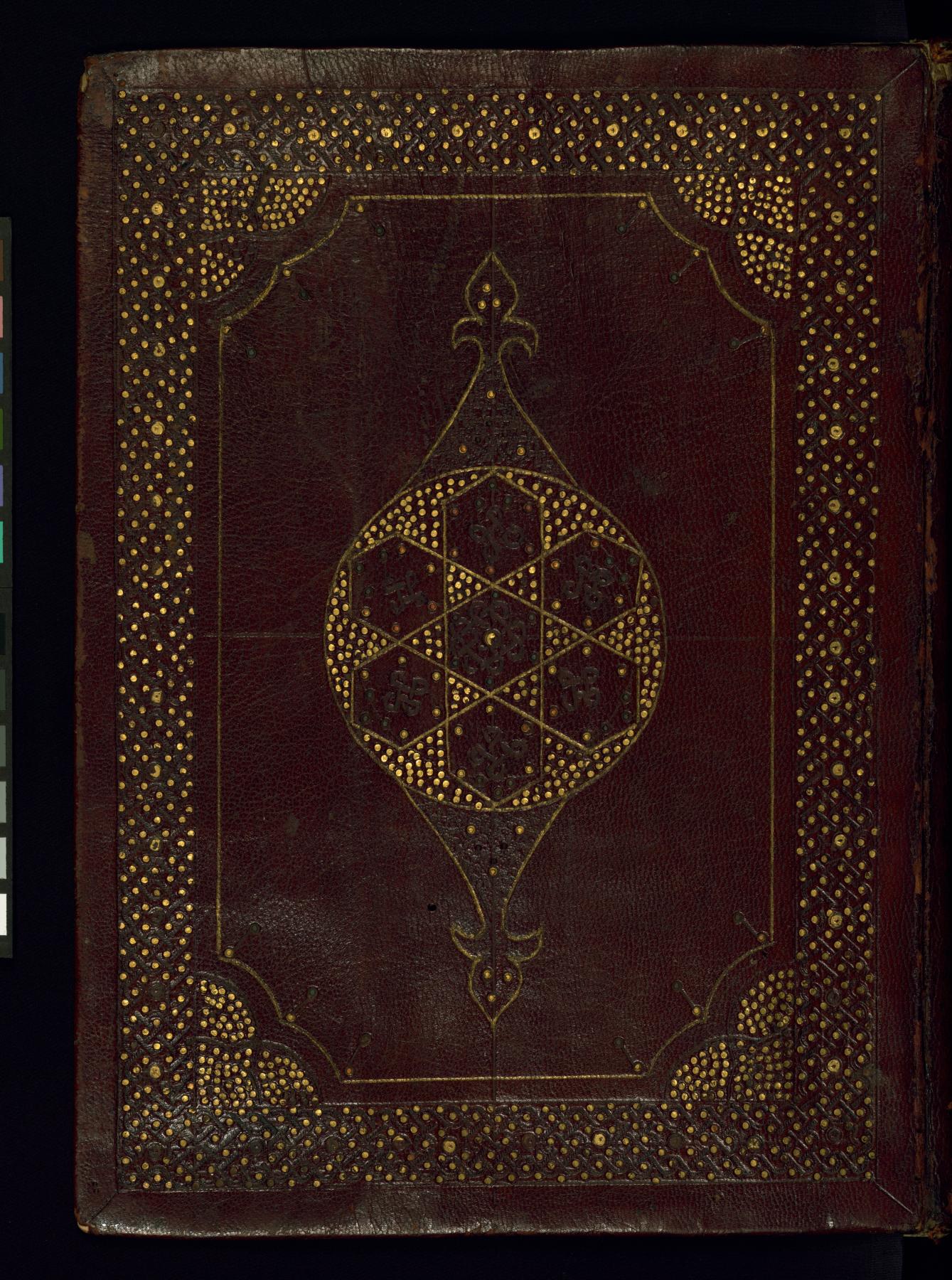 This illuminated manuscript, Walters manuscript W.580, is volume 3 of a work on the duties of Muslims toward the Prophet Muhammad known as al-Shifa' by 'Iyad al-Yashubi (died 544 AH/AD 1149). It was copied in the12th century AH/AD 18th in the Maghreb. The text is written in Maghribii script in black ink with certain words highlighted in red and blue. The manuscript opens with an illuminated titlepiece indicating that it is volume 3 of al-Shifa' (fol. 2a), which is followed by a double-page frontispiece (fols. 2b-3a) and a page with another illuminated titlepiece (fol. 3b). It concludes with an illuminated explicit with tailpiece inscribed with the prayer for the Prophet Muhammad (fol. 140a). The binding is reddish-brown goatskin with a gold-tooled frame and a central medallion of geometric design with two pendants. 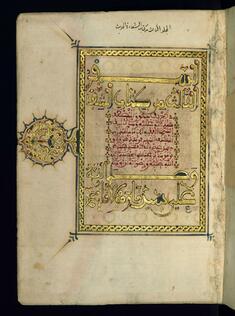 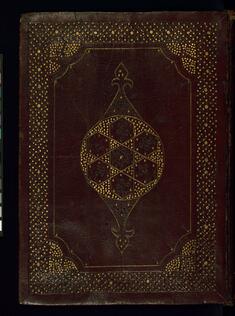 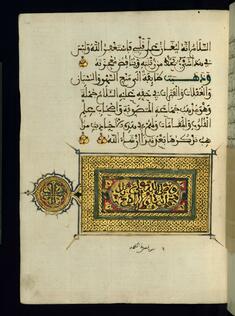 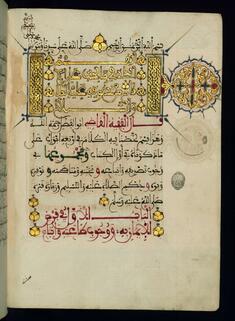 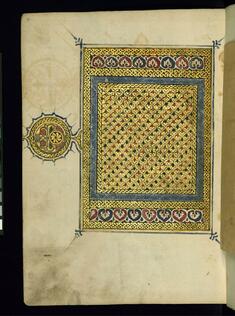 Left Side of an Illuminated Double-page Frontispiece 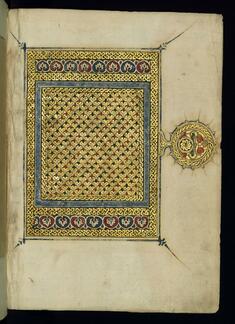 Right Side of an Illuminated Double-page Frontispiece