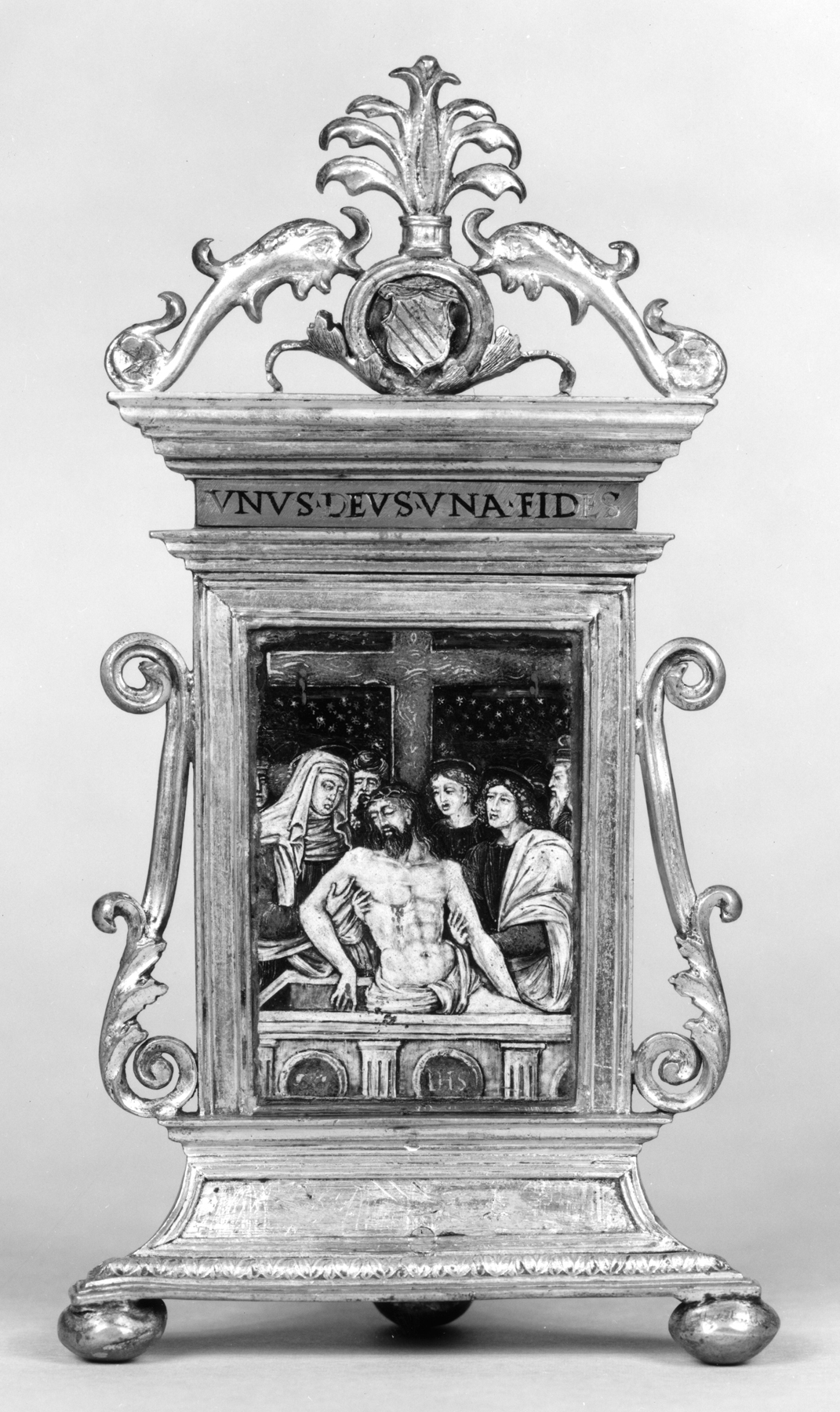 Christ in the Tomb

This copper gilt pax is set with a rectangular plaque of copper enameled with a representation of the Pieta. In the scene, the dead body of Christ is supported in half-upright position in the tomb by the Virgin and St. John, surrounded by the weeping Magdalene, Joseph of Arimathea, Nicodemus and another figure half concealed by the border on the left. Behind the Pieta the cross looms before a star-spangled sky. The tomb, a marble sarcophagus, is ornamented with three discs of porphyry, the central one inscribed in gilding: IHS.

The composition derives essentially from a bronze plaque after Moderno, of which there is an excellent example in an early state at our institution, Walters 54.69. 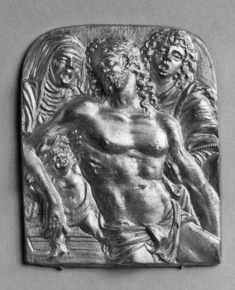 Devotional Plaque with the Dead Christ