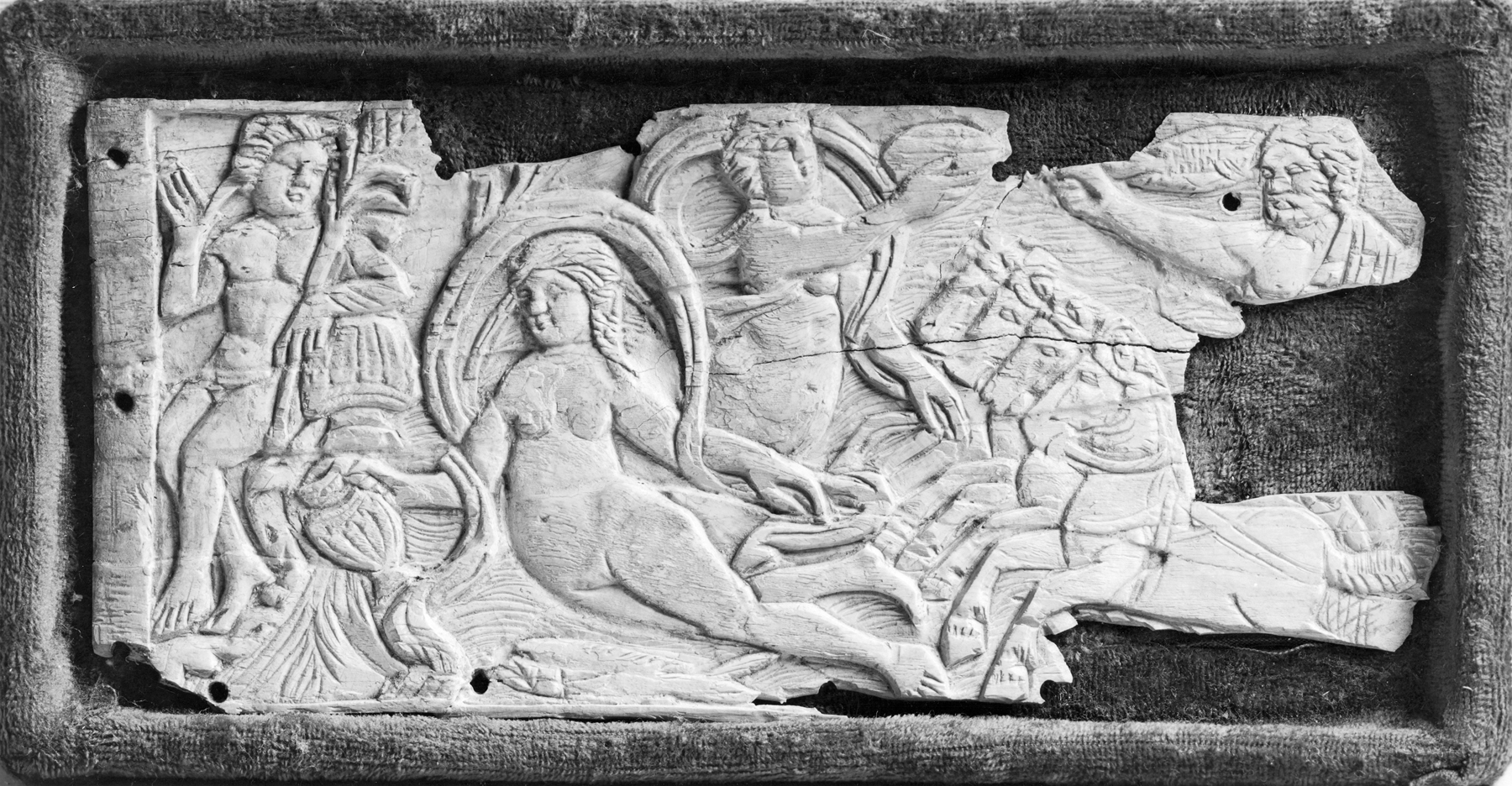 Carved from the widest part of a hippopotamus tooth, this panel was originally attached to a box or a piece of furniture. The figures have not been identified fully but may represent a river goddess in the center with, to the left, a male personification of a spring pouring water from his inverted vase. To the right, Helios, the sun god, drives his horse-drawn chariot and salutes another female deity.