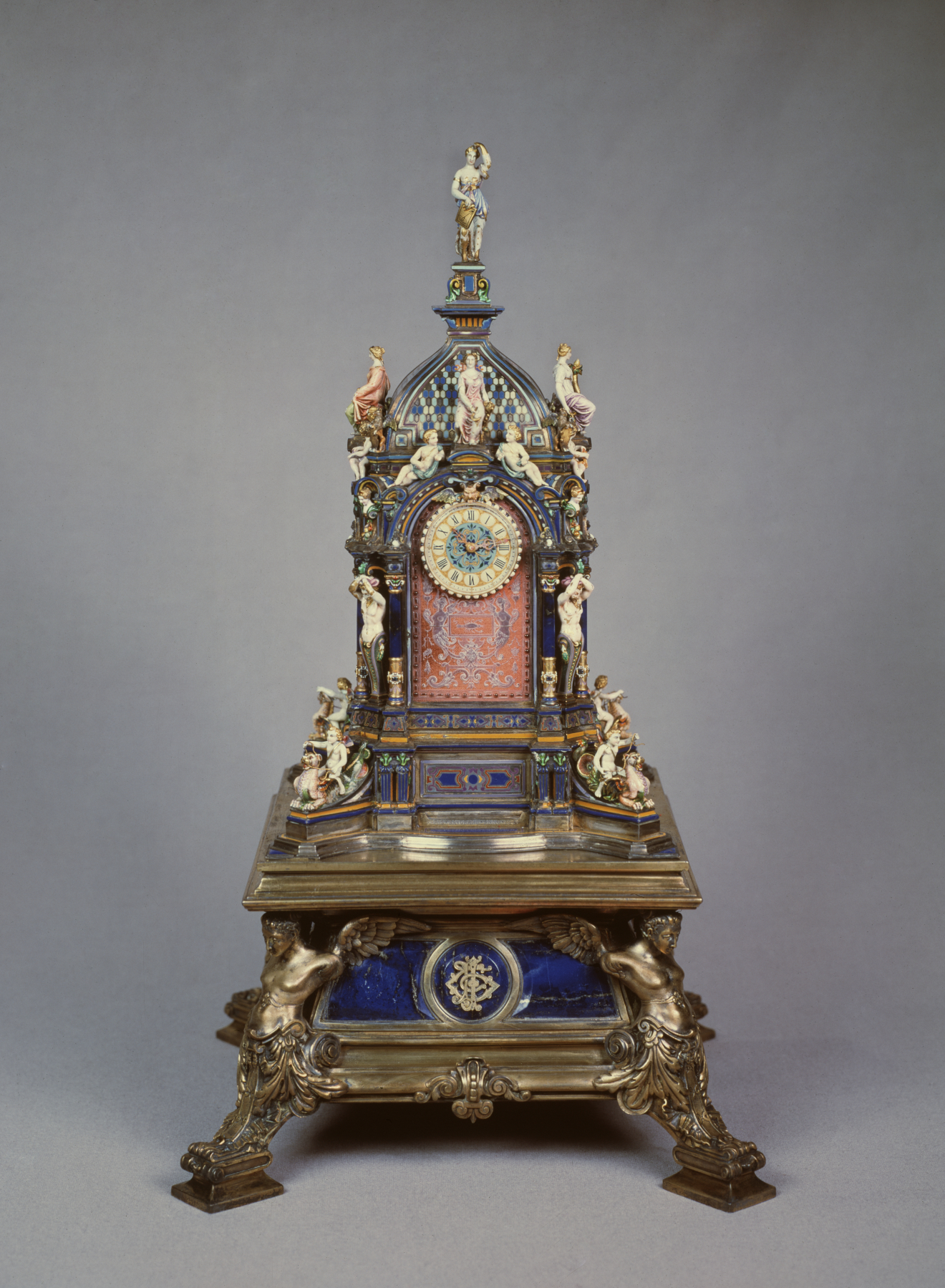 58.230, Napoleon III's court jeweler, exhibited this clock at the Exposition Universelle held in Paris in 1867. Made in the form of a 16th-century tower clock, it is rich in Renaissance-style architectural and mythological ornamentation. Urania, the Muse of Astrology, stands on the pinnacle. Beneath her are personifications of the four Seasons with their infants, griffins (part eagle, part lion), terms (male heads on a tapering pillars), "atlantes" (monumental male figures supporting architectural elements), and "putti" riding chimeras (part lion, part serpent). Numerous notable craftsmen, including the designer P. Fauré, the silversmith firm Fannières Frères, and the enameler Théophile Soyer, worked on this clock for 18 months.

Originally, the clock stood on an ivory base. The current base, bearing the monogram of the original owner, the earl of Dudley (1817-85), is a slightly later addition.