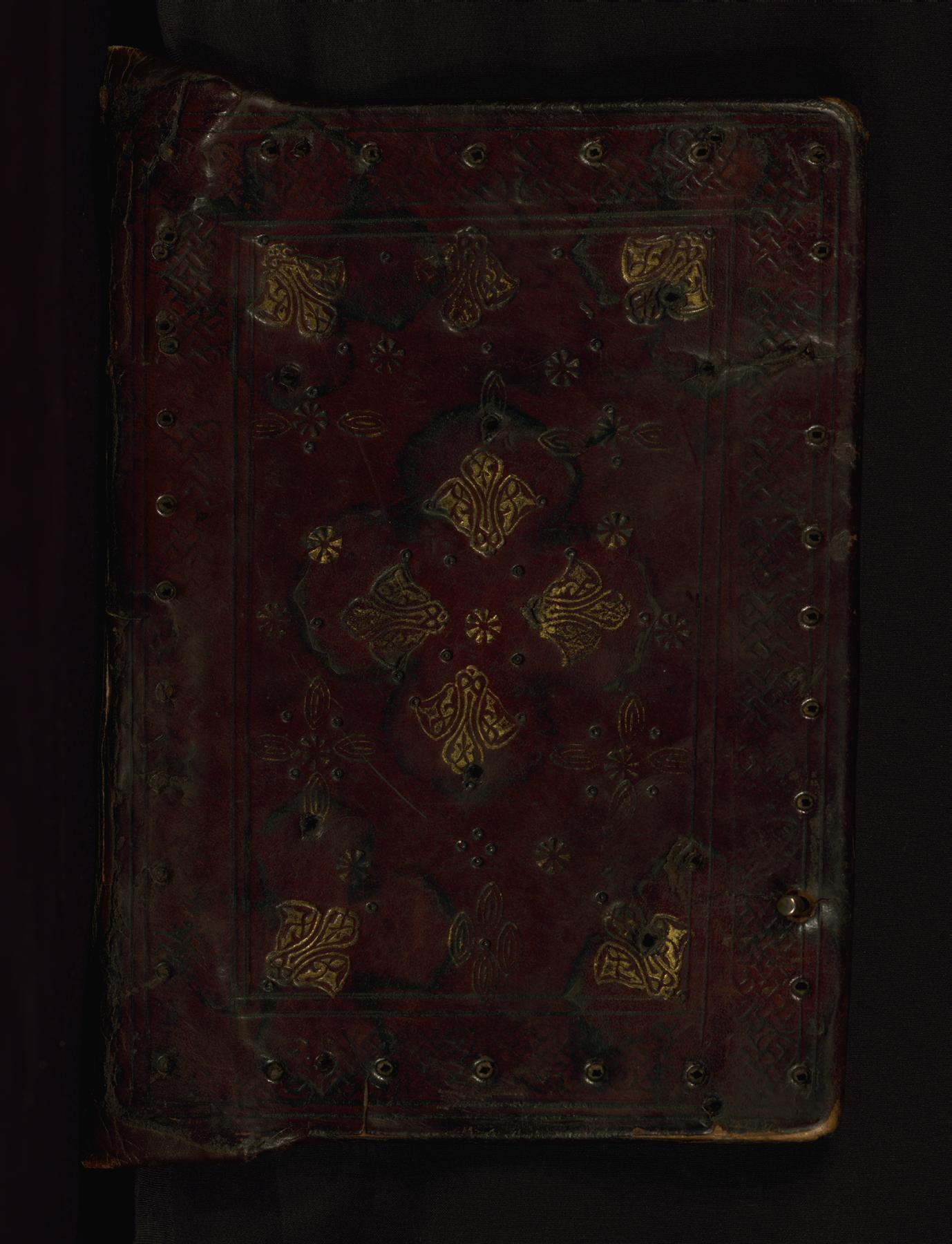 This manuscript was created in the seventeenth century, perhaps in Constantinople, based on the style of its illumination. The Gospel cycle that precedes the text contains slightly more miniatures than is traditional; especially notable are the tworepresenting the feeding of the five thousand and the cleansing of the Templewhich come out of sequence at the end of the cycle. The miniatures in this manuscript, like many at this time, reflect the mingling of traditional Cilician and Western influences. Though the manuscript does not include a colophon, the signature of the painter, Hohannes, is visible on the bottom of the canon tables on fols. 29v-30r. This manuscript appears to have been well traveled: at some point, very small inscriptions in Greek were added to most of the miniatures; in 1883, it belonged to Georg Alexief of Moscow, according to a note in Russian on fol. 1r.