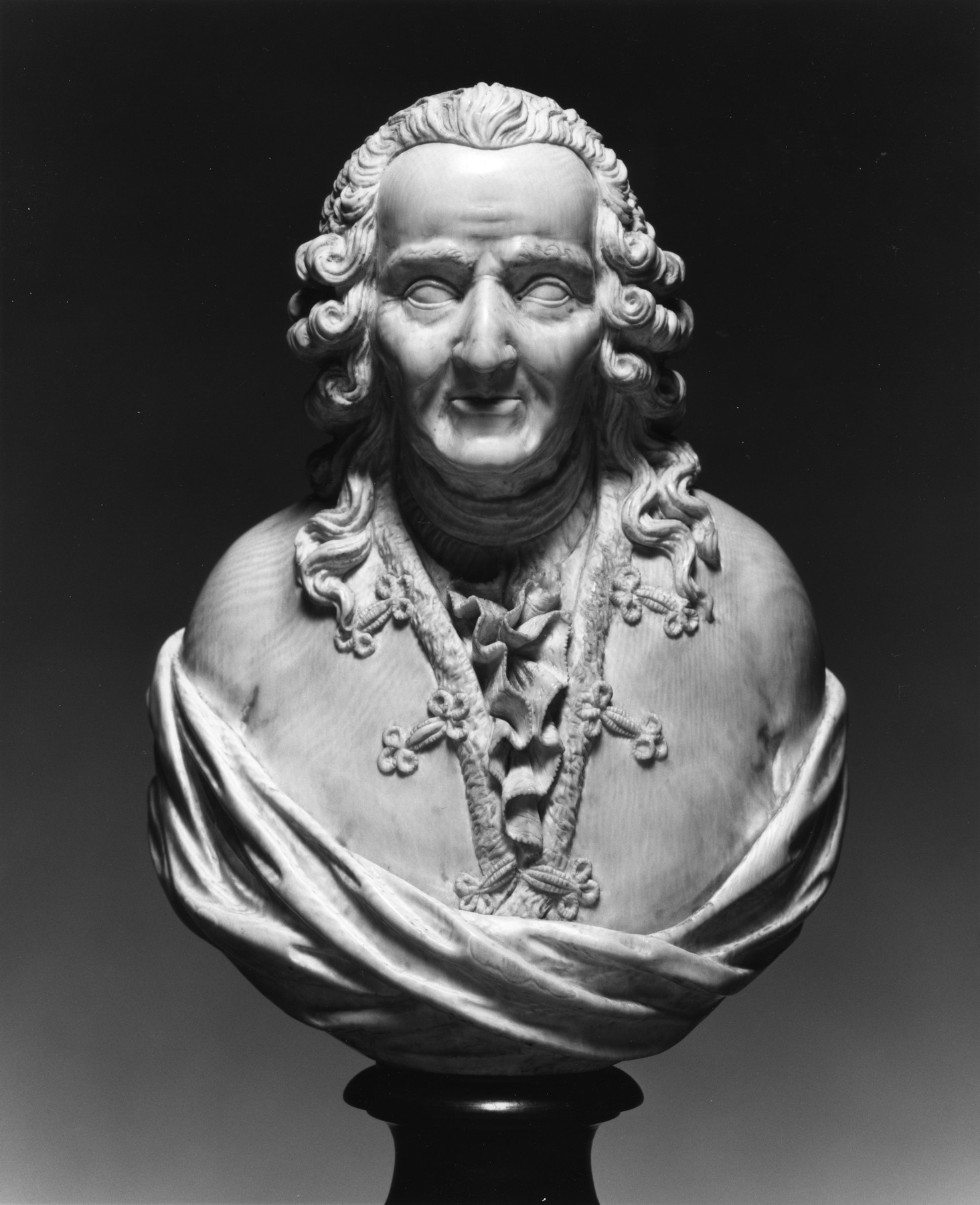 Rousseau is shown in middle age, dressed in a ruffled shirt, vest, and coat with buttons and a mantle. His wig is short and curled. The bust is mounted on an ebonized wood socle.

This representation of the French philosopher, along with a similar bust of Voltaire (Walters 71.364) has been attributed to a member of the Rosset family of Saint-Claude. The town, long famous for its "tabletterie," or work in rare woods and exotic materials, is situatied at the confluence of the Bienne and Tacon rivers in the Jura mountains, fifteen miles from Voltaire's residence at Ferney. Of the principal sculptor in the Rosset family, Joseph (Jean-Claude-François-Joseph), the marquis de Villette wrote: "Captivated by the good will of the artist, Voltaire received him at Ferney, and I witnessed the ingenuousness with which he removed his periwig, while he played chess, and bowed his head."

Rosset specialized in small-scale sculpture in various mediums and was noted for his representaitons of Voltaire. In 1779, at the Salon de la Correspondance in Paris, Rosset exhibited a relief showing the philosopher seated at the foot of a tree holding a book and sheltering a poor family with his arms.

In 1771 Rosset settled in Paris, where he specialized in busts of Voltaire and other celebrated personages including Rousseau, Montesquieu, and d'Alembert. Three of Rosset's four sons followed their father in the profession, and one, Claude-Antoine, is remembered for a statuette of Rousseau exhbitied at the Louvre in 1793. 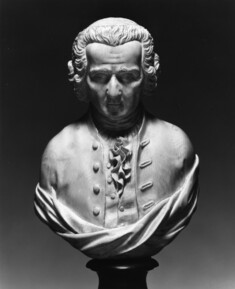