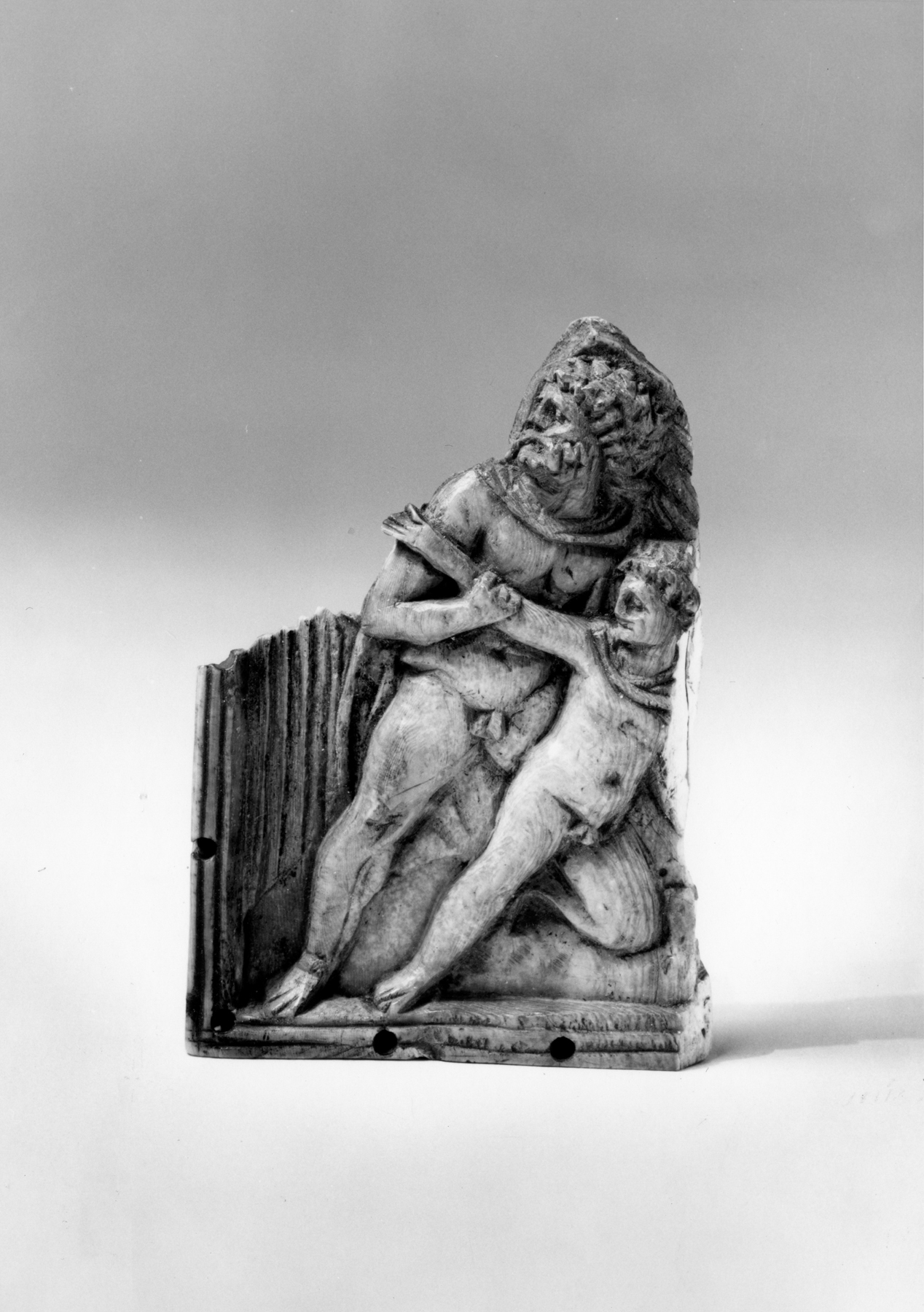 The man, shown looking sharply over his right shoulder, grasps the boy's right arm and may have held the boy's missing shoulder also. The boy, repeating the sharp turn of the head, has gone down on his left knee. Both figures wear cloaks; the drapery folds visible at the left probably belong to the man's cloak, but that is not fully clear. The subject has not been identified.

The right edge, top, and upper half fo the left side are missing. To judge from the apparently symmetrical positioning of the attachment holes, no more than the frame and boy's left arm on the right and the frame above the man's head are missing. The plaque probably decorated a cosmetic or jewelry box to which it was pinned through the holes in the raised and grooved frame.