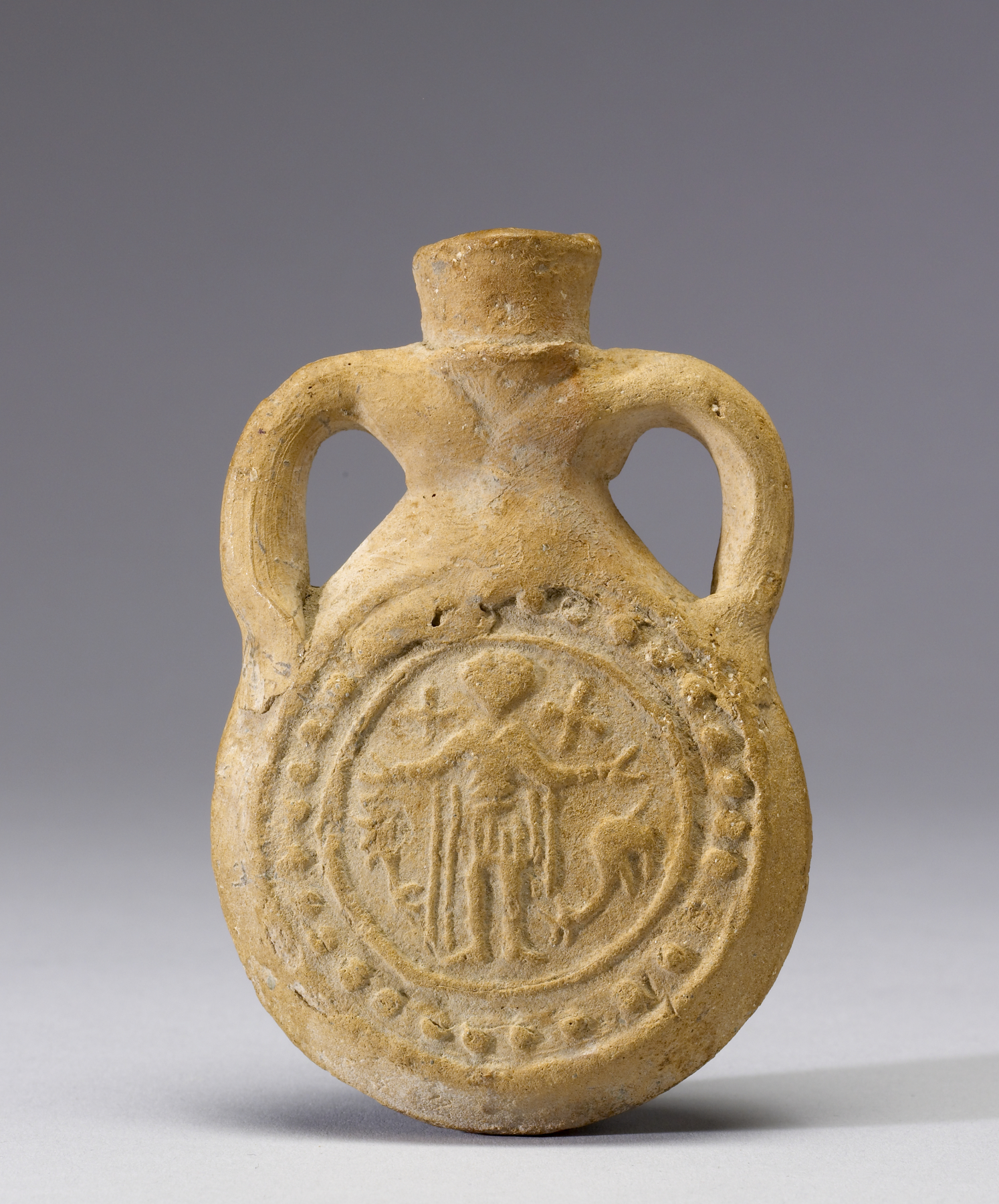 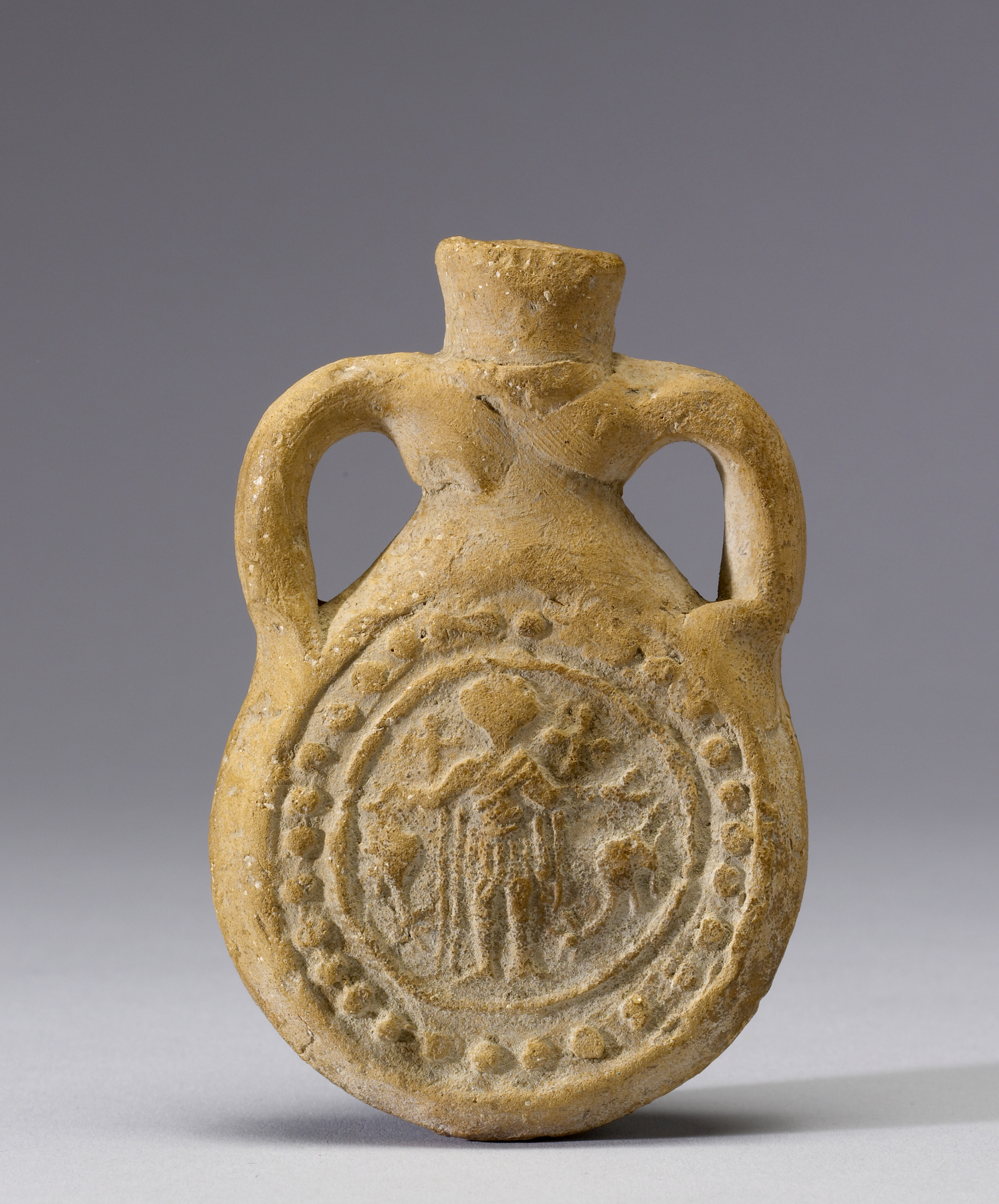 St. Menas is dressed in a soldier's tunic, his arms extended in the early Christian pose of prayer. The patron saint of merchants and caravans, he stands between two kneeling camels. St. Menas was martyred in AD 296 and buried in the desert west of Alexandria (in northern Egypt). Pilgrims came to the saint's shrine for the healing powers of its sacred oil, carried away in these small flasks.