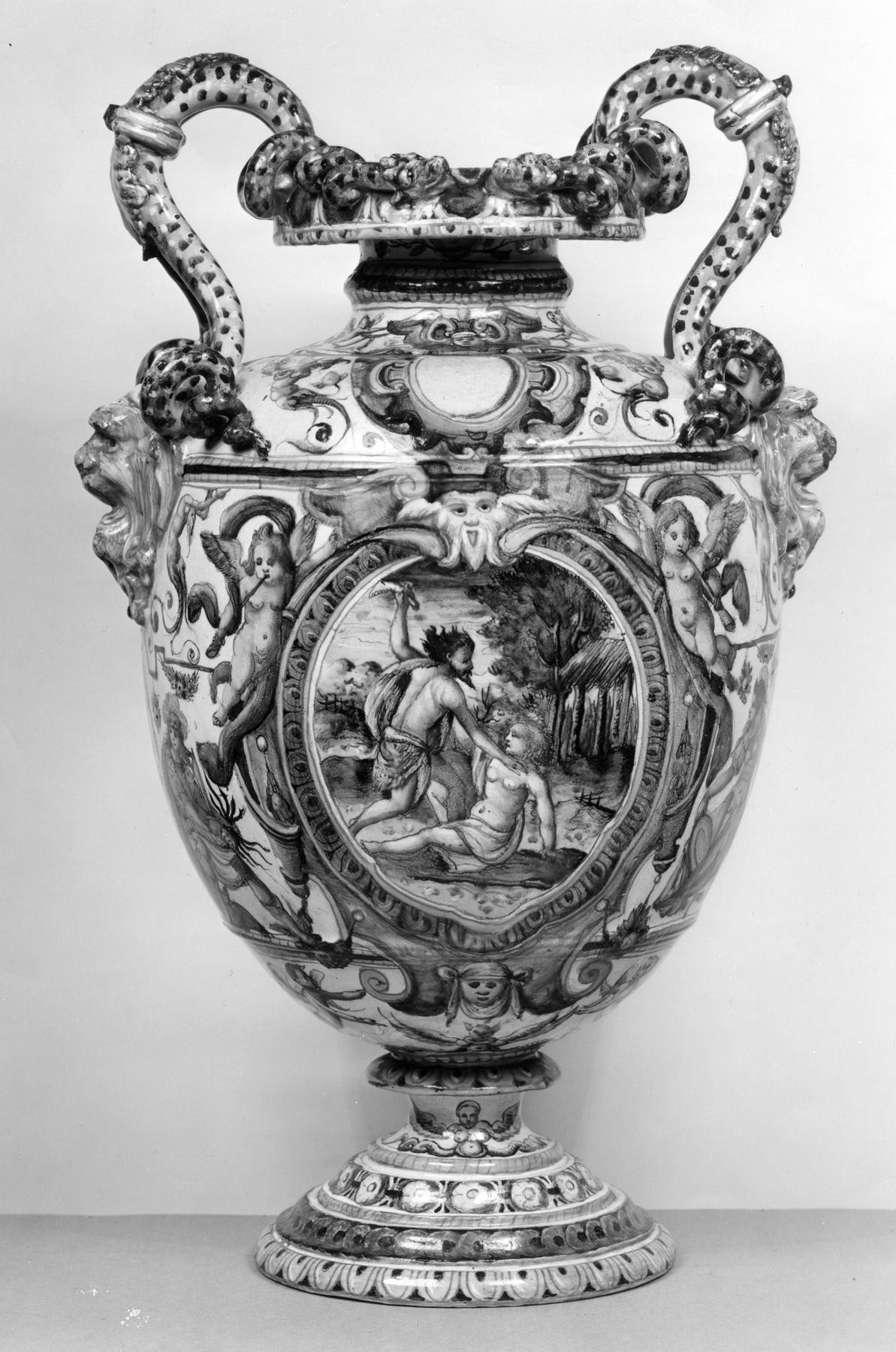 Snake-Handled Vase with Scenes from Genesis

The medallions on either side of this vase depict the sacrifice of Cain and Abel (Genesis 4:3-4) and Cain slaying Abel (Genesis 4:8). Both images were copied from woodcuts made by the French engraver Bernard Salomon (1506-1561) that were produced for a popular illustrated Bible, “Les quadrins historiques de la Bible” (1553). The blank heraldic device, located above the scene of Cain slaying Abel, indicates that the vase was made without a specific buyer in mind. The interior of the vase’s mouth is painted in blue to imitate waves. The Classical figures, festoons, and masks, painted in blue, copper- and olive-green, yellow, ochre, dark manganese, black, and opaque white are characteristic of the ‘grotesque’ style, popular during the second half of the sixteenth century, and appear in many of the maiolica wares produced by the Patanazzi family. The elaborate double-snake handles of this vase are also typical of the Patanazzi workshop. To see more works by the Patanazzi workshop, click on the name in the creator field; for another snake-handled vase, see 48.1370; for more on ‘maiolica’ in general, see 48.1336. 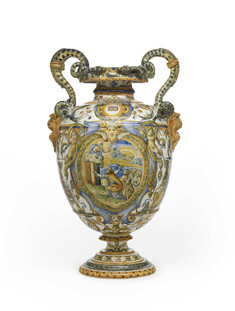 Snake-Handled Vase with Scenes from Genesis