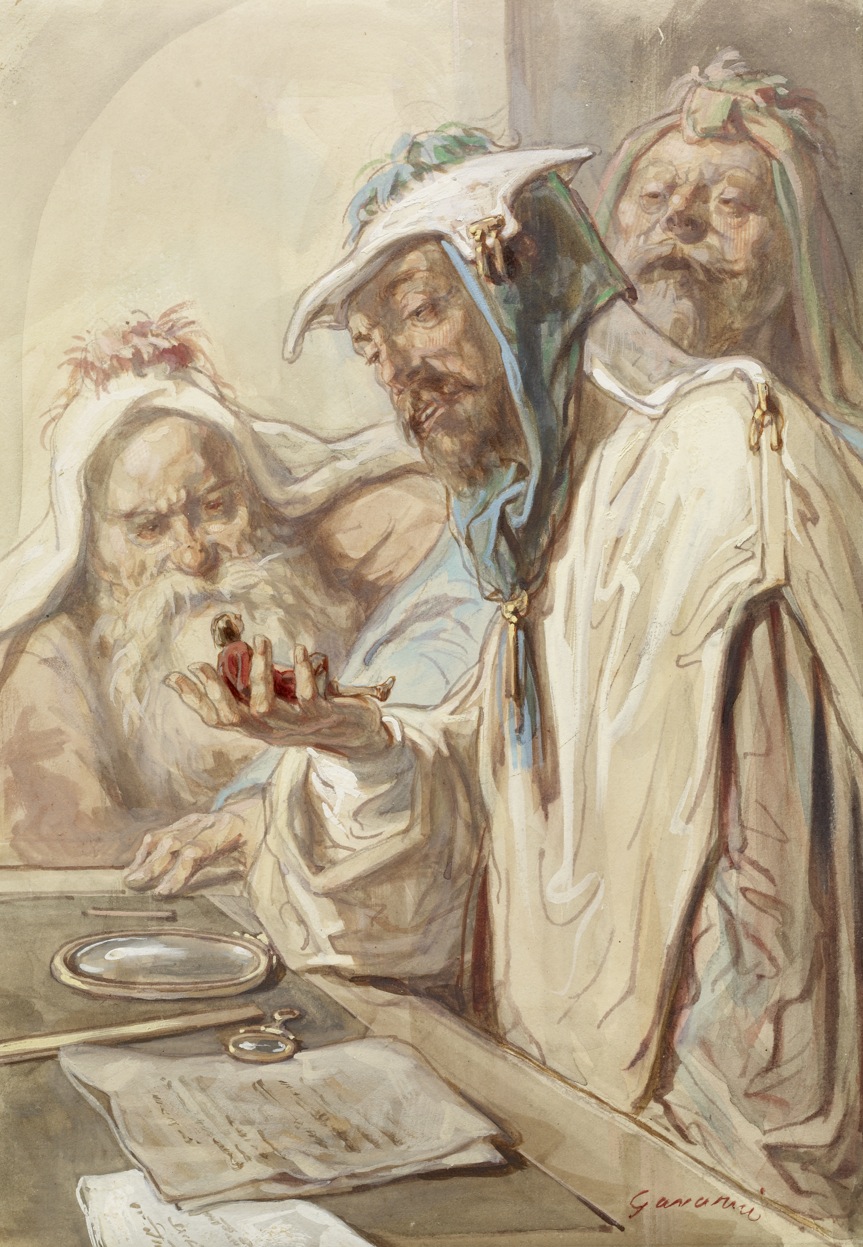 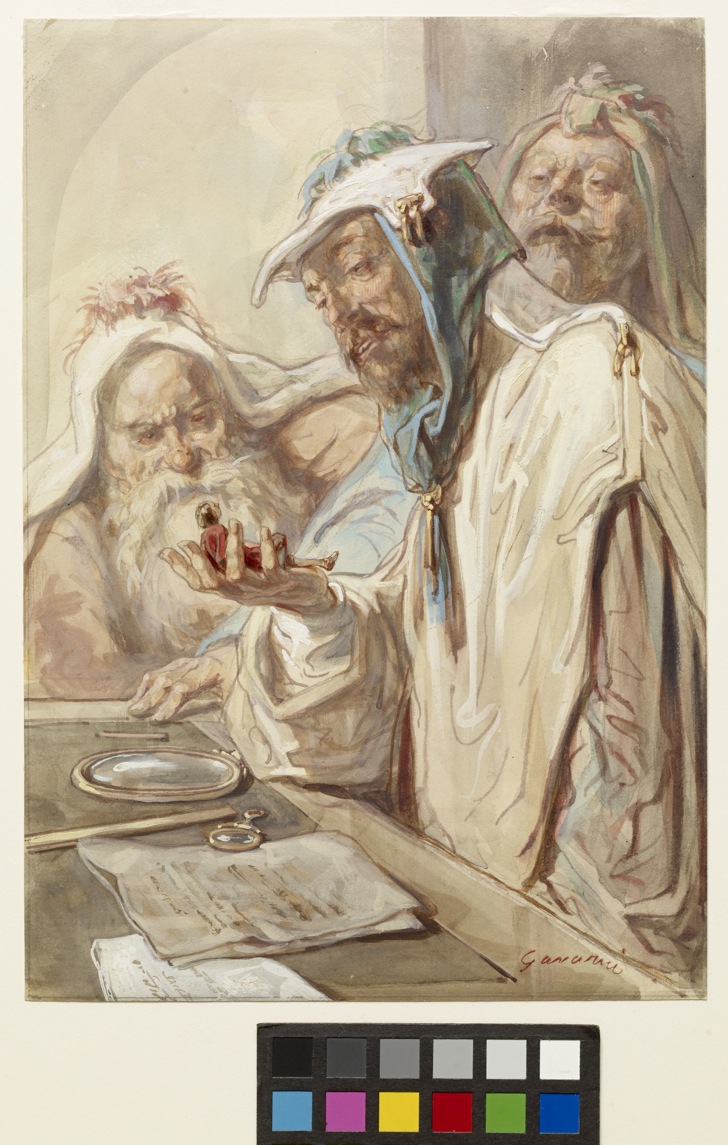 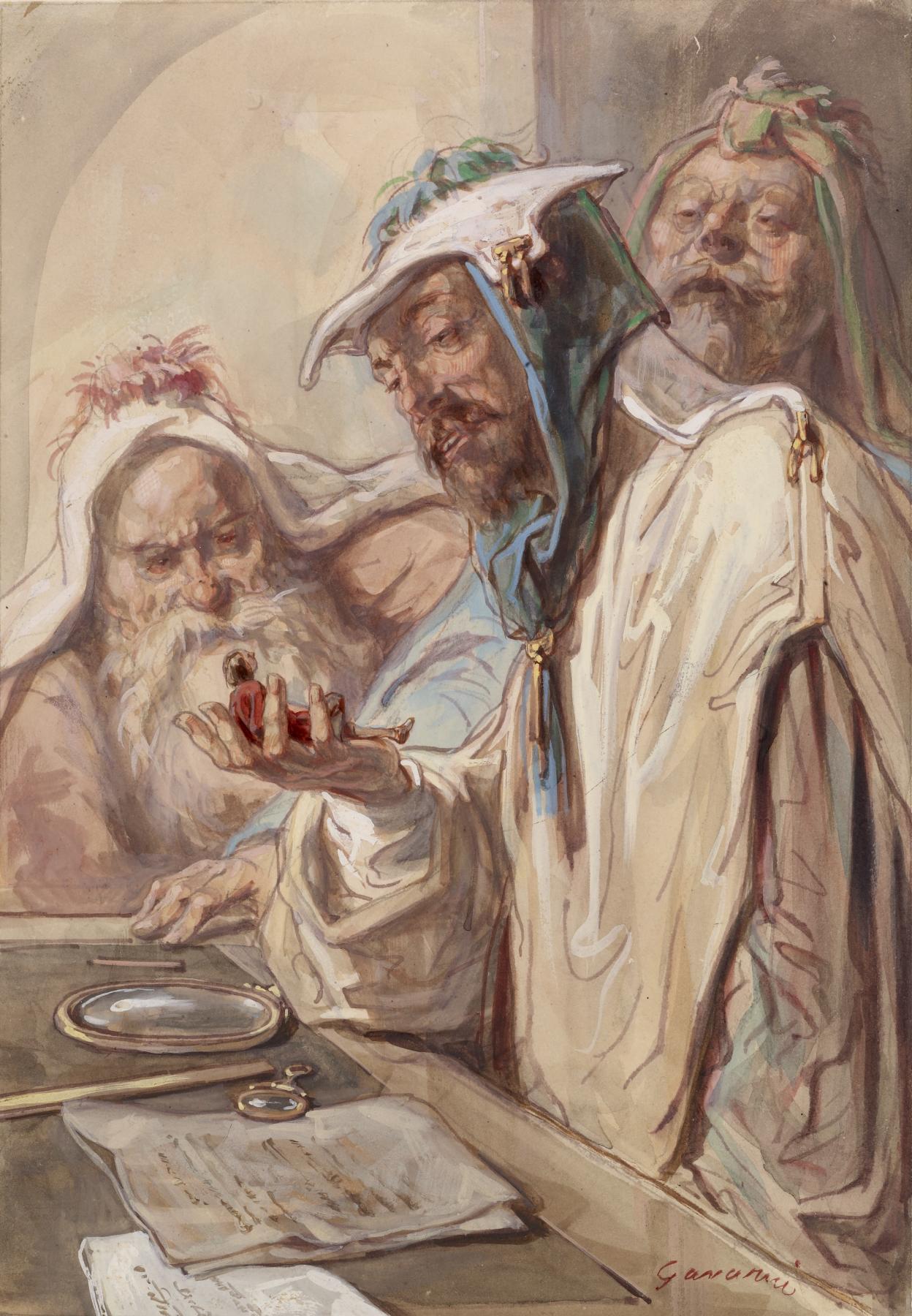 Gulliver and the Brobdingnagian Philosophers

The best-known episode from Swift's "Gulliver's Travels" involves a sojourn amongst the tiny Lilliputians. Subsequently, the hapless Gulliver sails to the island of Brobdingnag, whose inhabitants are as giant as the Lilliputians were tiny. This drawing depicts an episode that Swift uses to satirize the learned conventions of his day. Gavarni accordingly clothes the scholars of the Brobdingnagian court in a parody of the academic robes of his own era.

"His Majesty sent for three great scholars. . . . These gentlemen, after they had a while examined my shape with much nicety, were of different opinions concerning me. They all agreed that I could not be produced according to the regular laws of nature, because I was not framed with a capacity of preserving my life, either by swiftness, or climbing of trees, or digging holes in the earth. They observed by my teeth, which they viewed with great exactness, that I was a carnivorous animal; yet most quadrupeds being an overmatch for me, and field mice, with some others, too nimble, they could not imagine how I should be able to support myself, unless I fed upon snails and other insects, which they offered, by many learned arguments, to evince that I could not possibly do. One of these virtuosi seemed to think that I might be an embryo. . . . But this opinion was rejected by the other two, who observed my limbs to be perfect and finished, and that I had lived several years, as it was manifested from my beard, the stumps whereof they plainly discovered through a magnifying-glass. . . ." 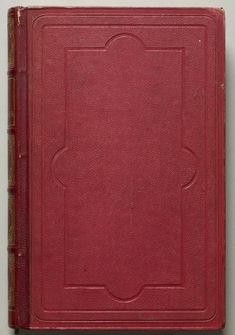