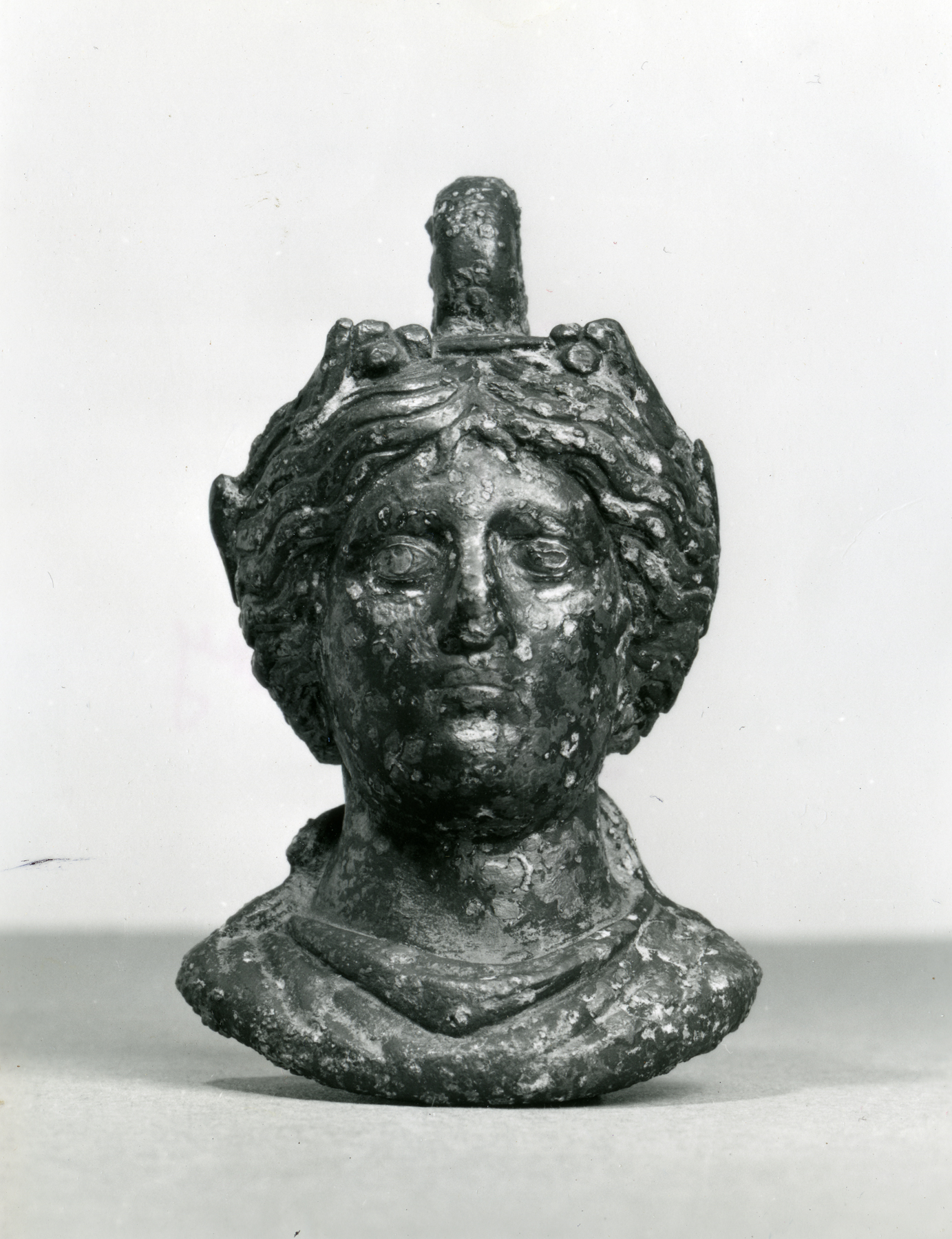 Counterweight in the Shape of a Maenad's Head

Counterweights for Roman scales were cast in bronze and filled with lead to achieve the appropriate weight. A counterweight was hung on one side of a scale to determine the weight of an object placed in a pan on the other side. Like many Roman objects of everyday utility, such as the oil lamp on the upper shelf behind the desk, it was given the shape of a real or imaginary being, here the head of a maenad, a female follower of the wine-god Bacchus. The elaborate treatment is exceptional for a counterweight; her eyes are silvered, as are those of many Roman bronze busts and figures. The Renaissance sculptor Antico gave his statuette of "Venus" silvered eyes to make it look more antique.