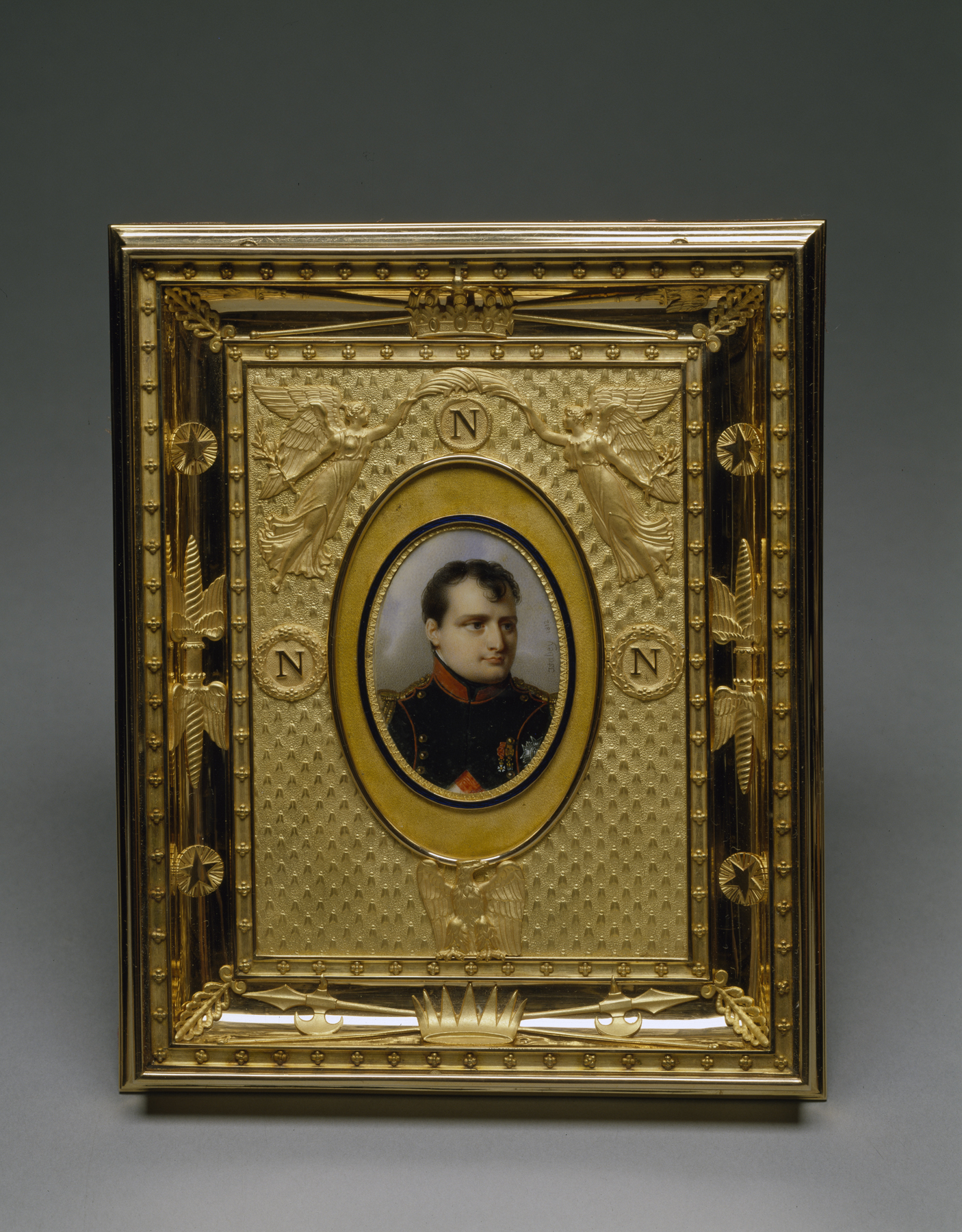 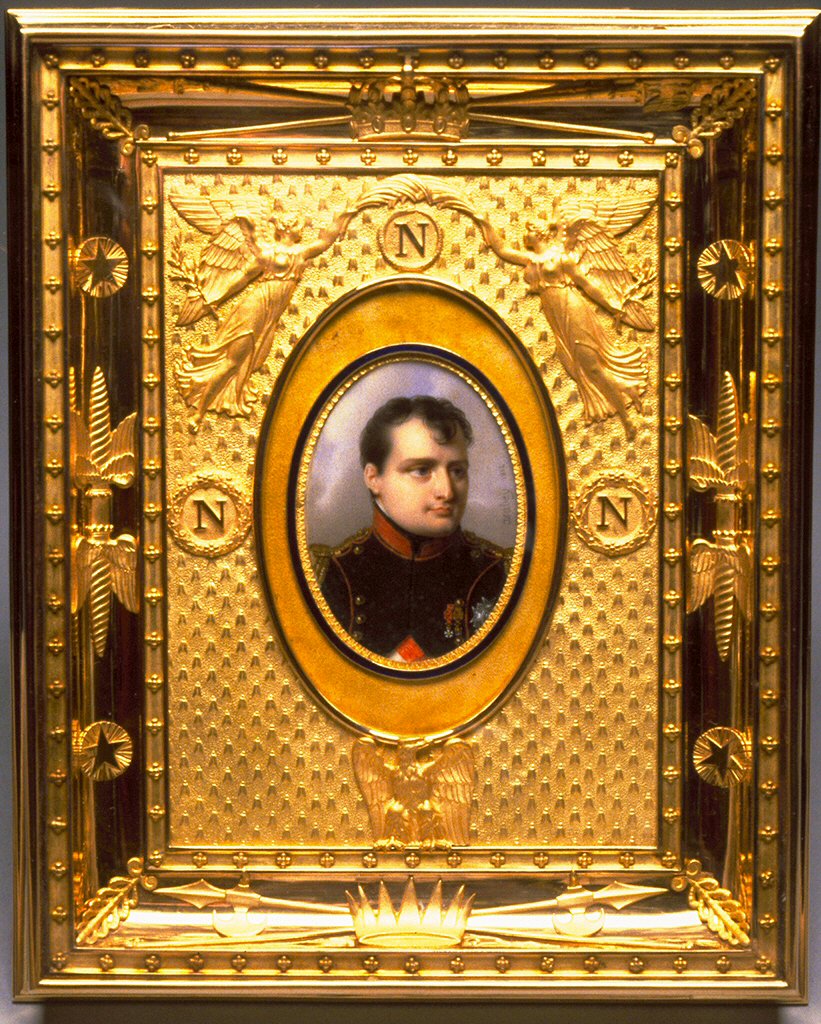 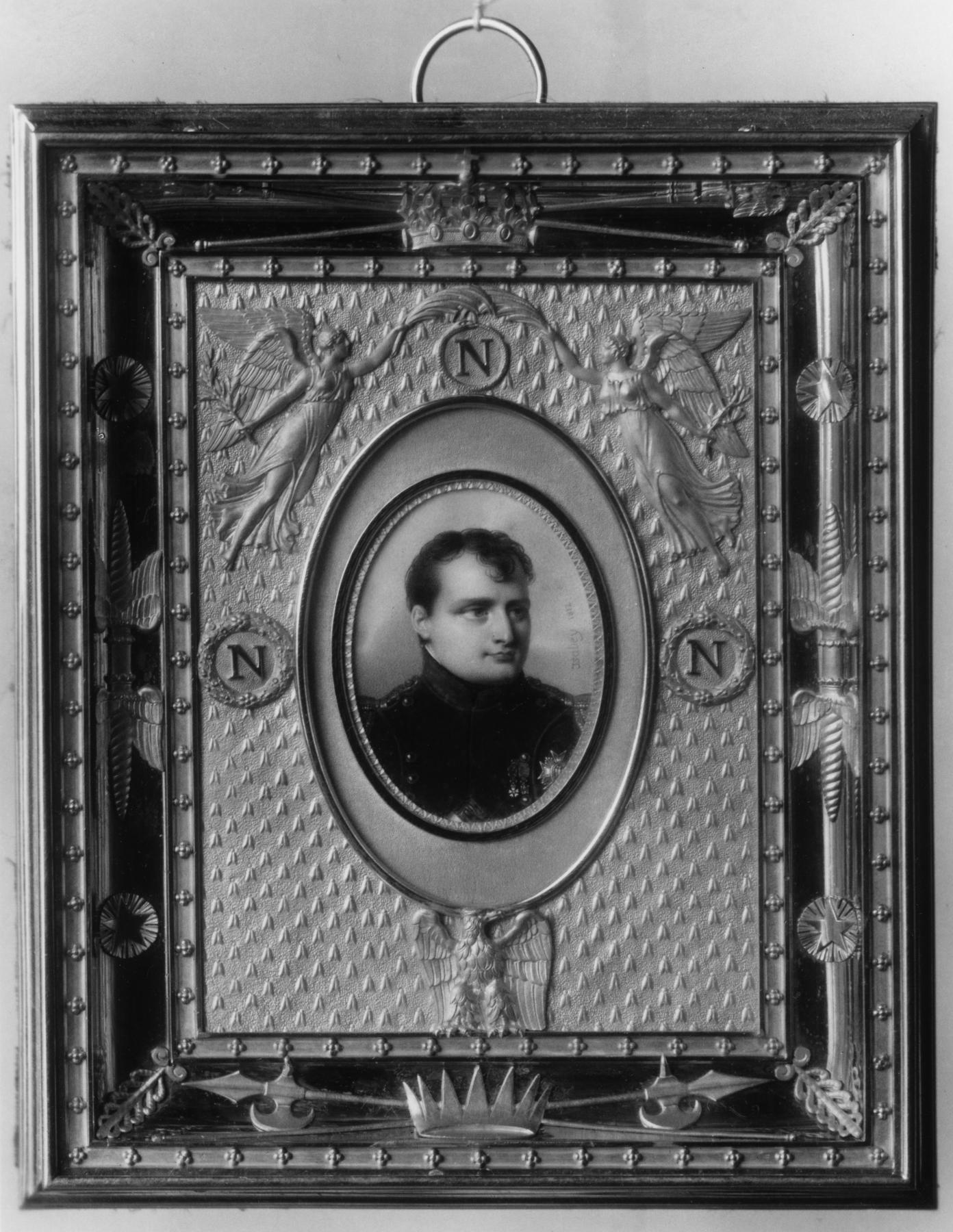 Isabey initially worked for Queen Marie Antoinette, but after the fall of the monarchy, he became the court painter to Napoleon I. In this miniature, he portrays a young Napoleon wearing the uniform of an officer in the Foot Grenadiers. The gold frame, which predates the miniature, was made in 1808 and is decorated with imperial symbols, including bees (a reference to ornaments in the form of cicadas, mistakenly identified as bees, that had been found in the tombs of Merovingian rulers) and the eagle associated with Charlemagne.