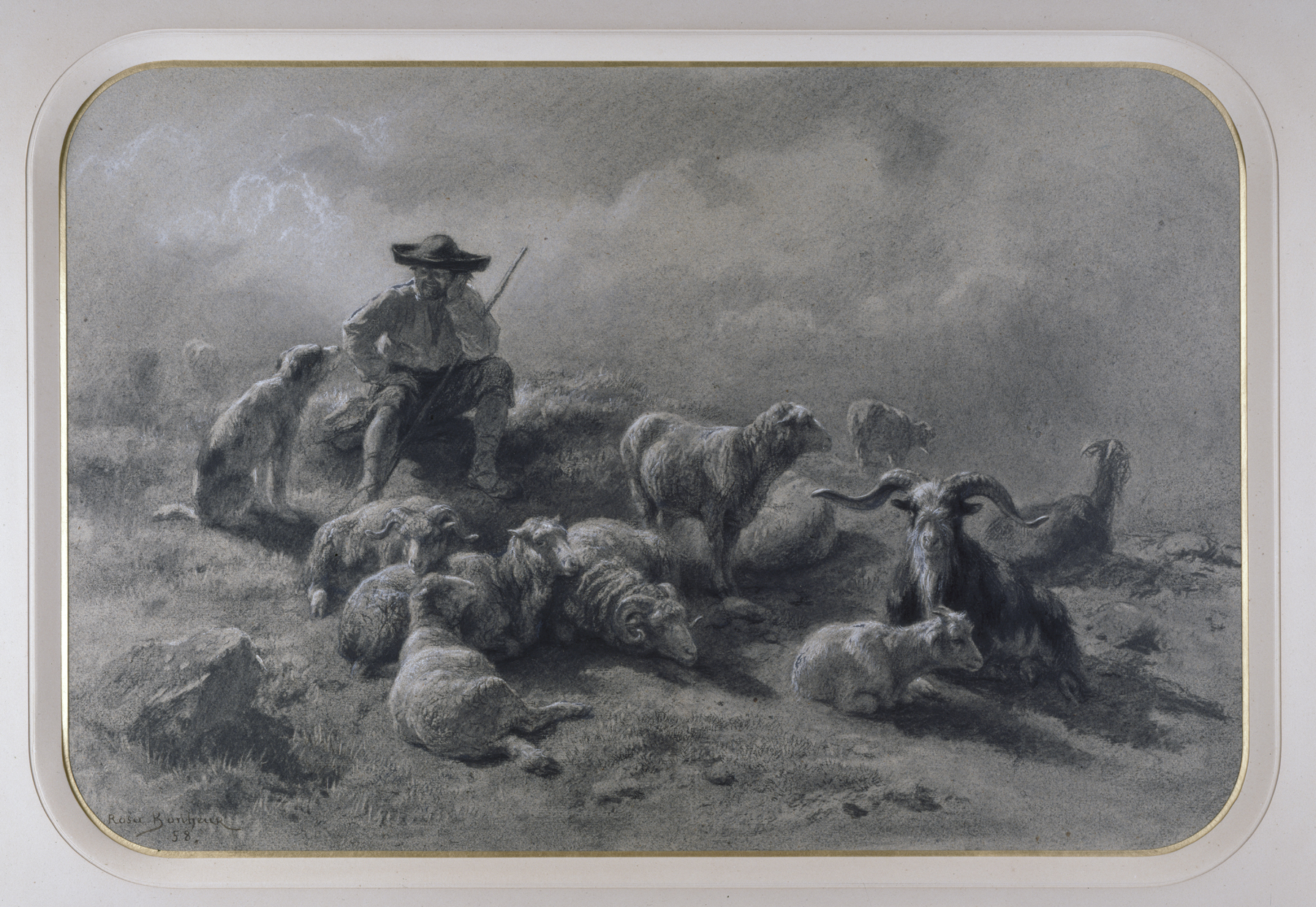 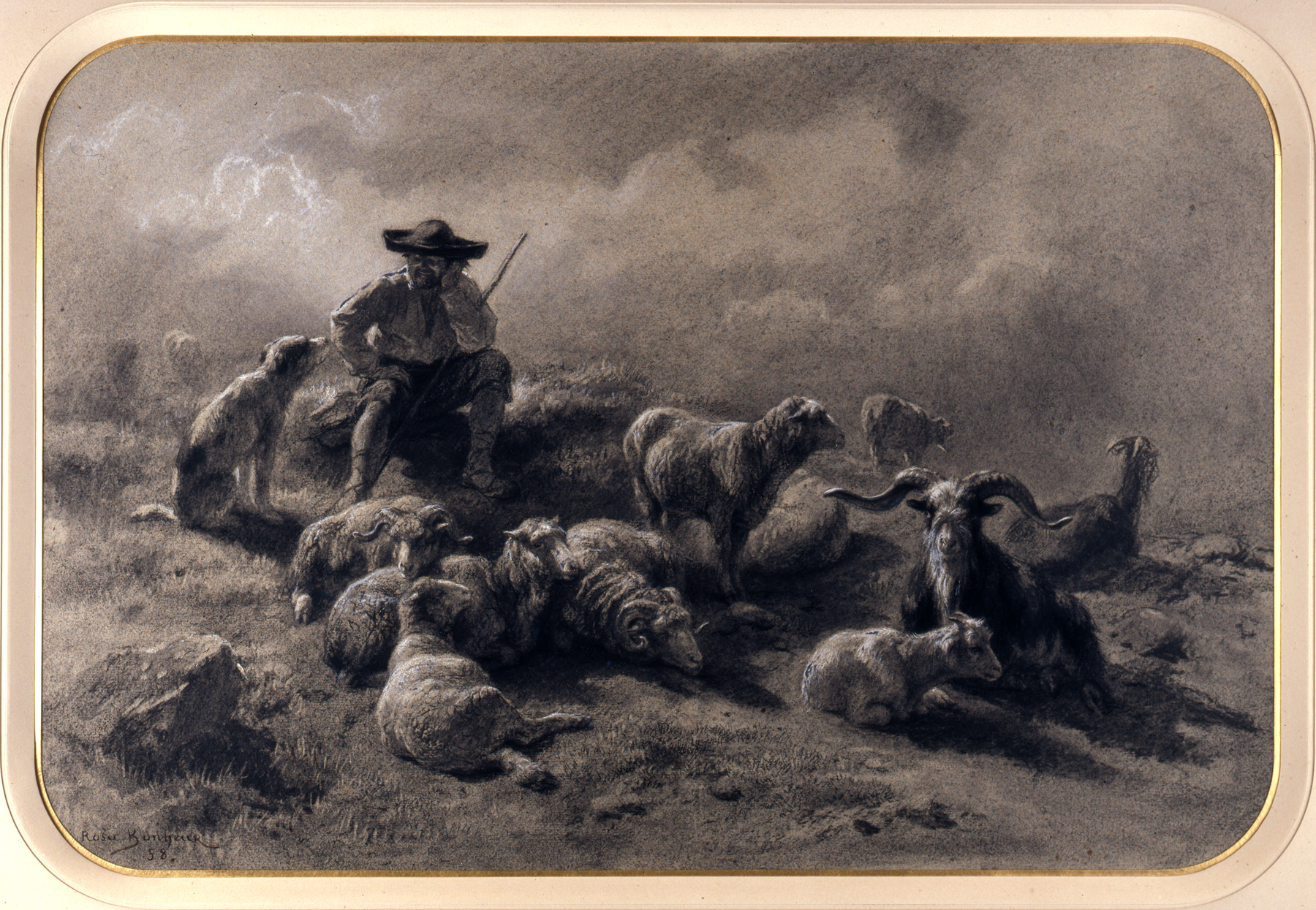 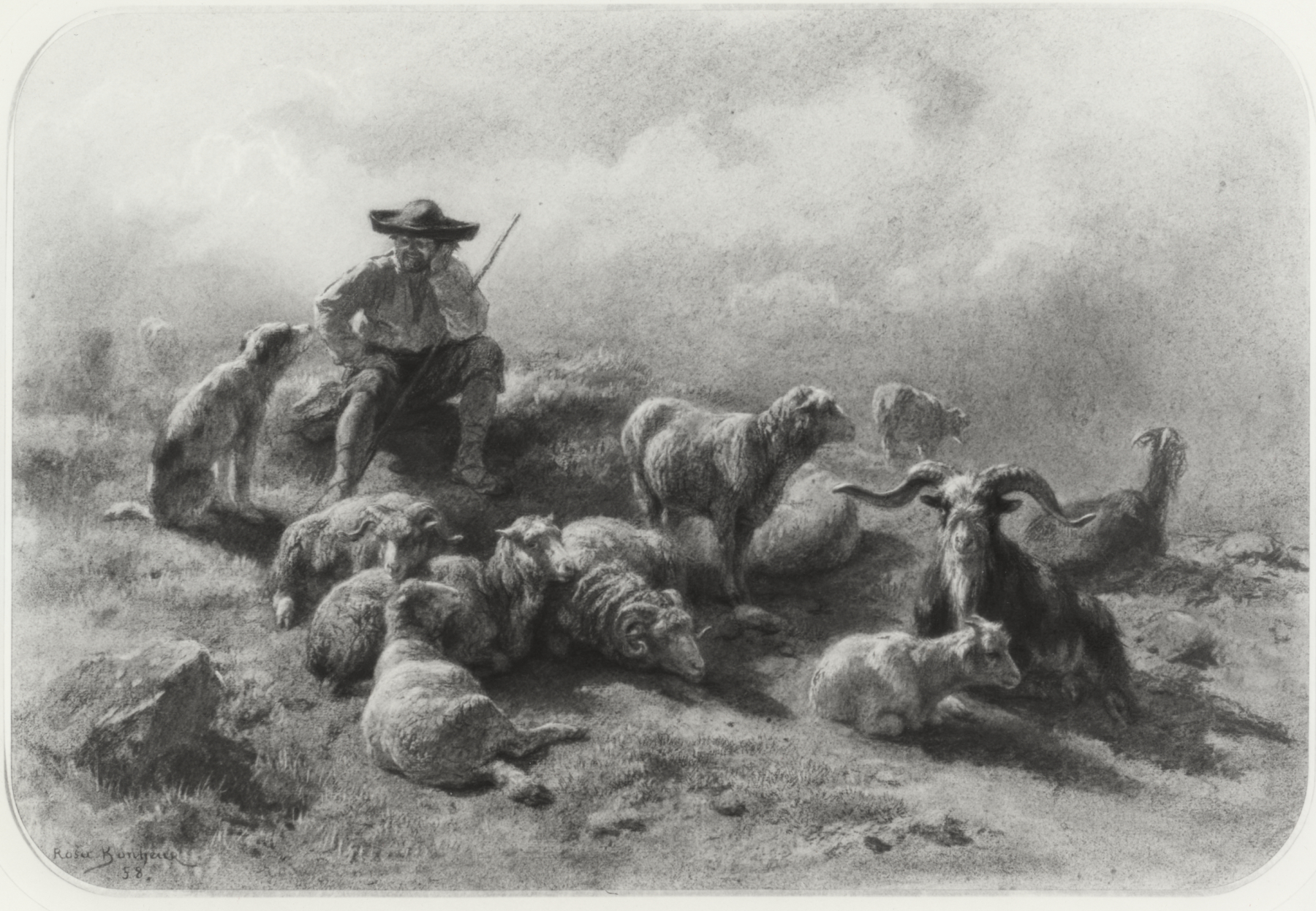 Bonheur's art was underpinned by detailed, analytical study, and she is known to have visited slaughterhouses and dissected animals to acquire an understanding of anatomy. In the 1850s, she also kept a collection of horses, sheep, and goats in her Paris studio for study purposes. Later, she kept an even larger menagerie, including lions, at her château in By at the edge of the Forest of Fontainebleau, where she moved in 1860 and lived for the rest of her life ("Rosa Bonheur," Bordeaux, 1997).

This drawing shows a shepherd and his dog absorbed in their own private "conversation." They sit silhouetted against the light breaking through the clouds. The drawing demonstrates Bonheur's ability to imbue her animals with near-human emotions. Particularly prominent is the ram to the right with large curled horns, which looks out at the spectator, as does the sheep in the center, which watches the viewer out of the corner of its eye. The costume of the shepherd, particularly his wide-brimmed hat, suggests that the scene takes place in the Pyrenees, which Bonheur had first visited in 1850. Thereafter, she regularly represented the shepherds of the Pyrenees and their flocks, including notably the "Shepherd in the Pyrenees," (1864) in the Musée Condé, Chantilly.

This was the first drawing by a French artist acquired by William T. Walters. He purchased it from the New York branch of the art dealer Goupil on 28 April 1860.