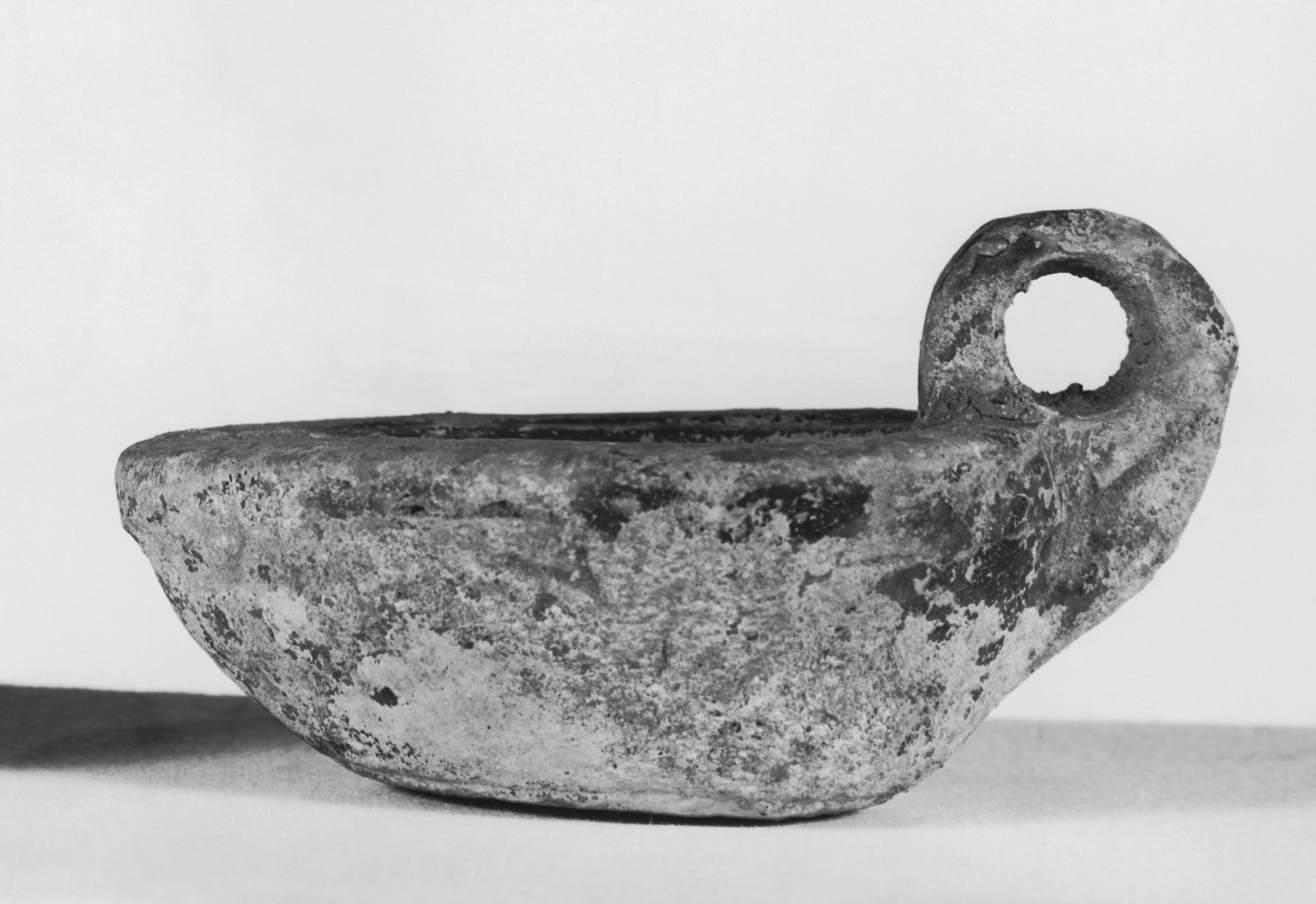 Roman artifacts, such as this simple, inexpensive, terracotta oil lamp, are commonly found in excavations. They were even found in the Southern Netherlands (present-day Belgium), through which ran the northern boundary of the Roman Empire.