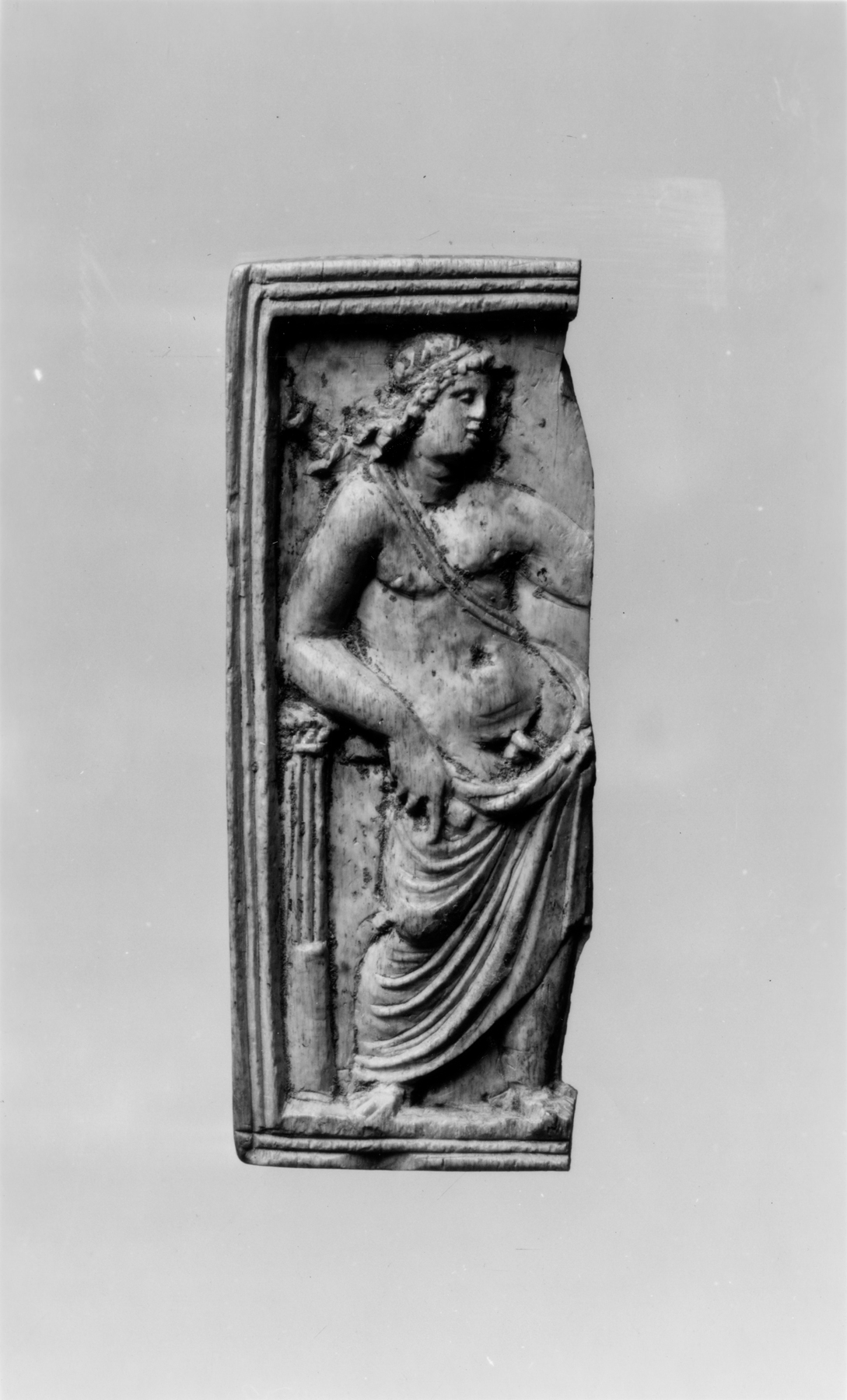 The relief shows Apollo, casually draped and leaning on a fluted column. His quiver is slung over his right shoulder and he holds a plectrum in his right hand. The right third of the plaque is missing. The missing section must have shown a lyre, held with his other hand and resting on a matching column. In fact the edge of the lyre's crossbar is just preserved to the right of his head, and the plaque appears to have broken along the line of the lyre and the column. A grooved border frames the composition.

Plaques with Apollo and other gods were standard decoration for Roman jewelry boxes.