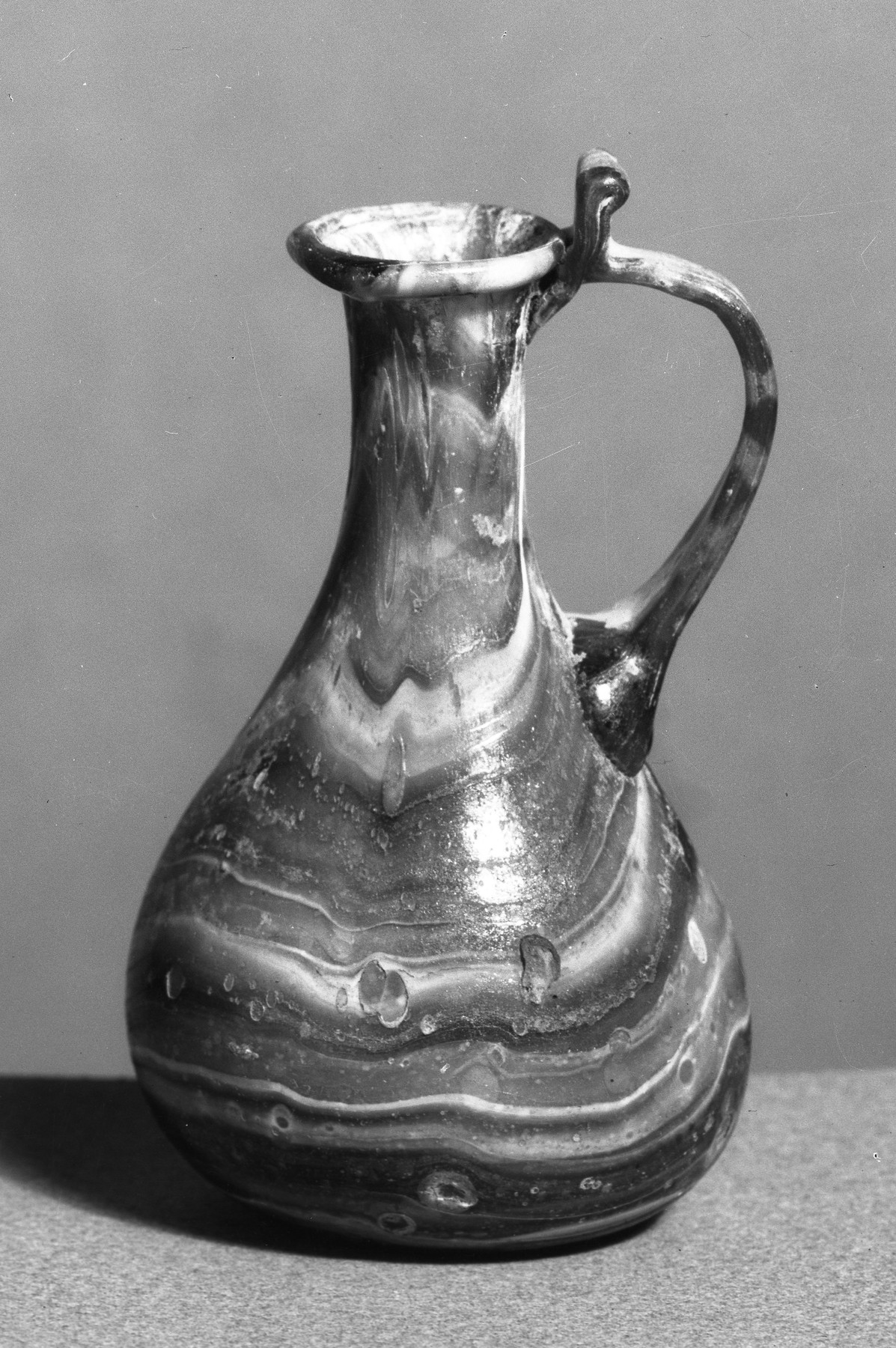 This pyriform blown glass jug sits on a flat base with a cylindrical neck that flares out to a funnel shaped mouth. The handle was separately created and joins the body of the vessel to the mouth, with an upwardly projecting thumb rest at the rim. The multi-colored, swirling surface of this jug, or "marbling" effect, was used frequently in 1st century CE Roman glass production. It evoked the colorful and expensive marble that was flooding into Rome from around the Empire during this period, which was used by the elite to decorate everything from private houses to elaborate public temples. Such small tear-shaped glass jugs were popular throughout the Mediterranean world and were commonly used as perfume bottles. The marbled decoration, indicating an origin in the eastern Mediterranean, could have made the piece appealing to a 17th-century collector.