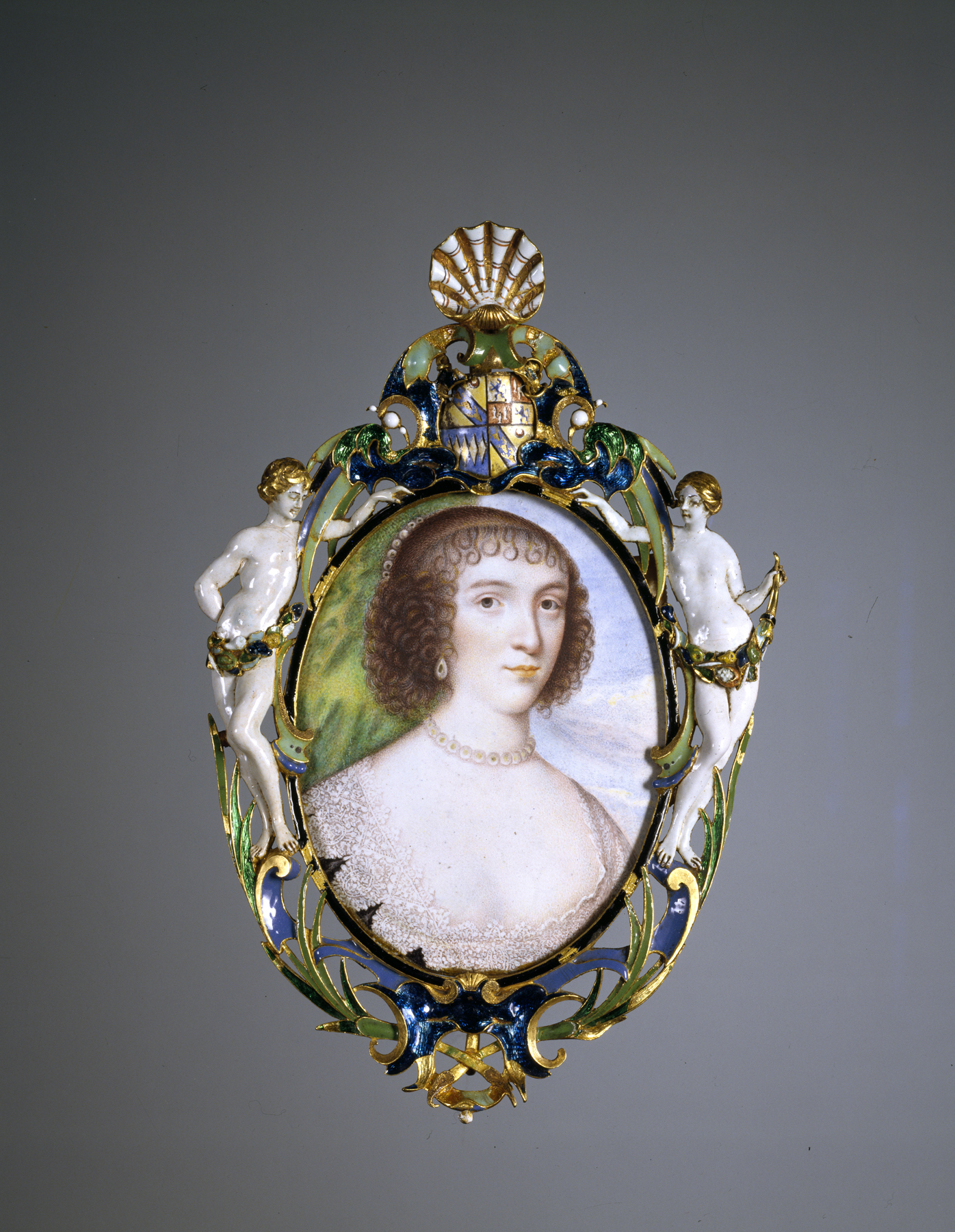 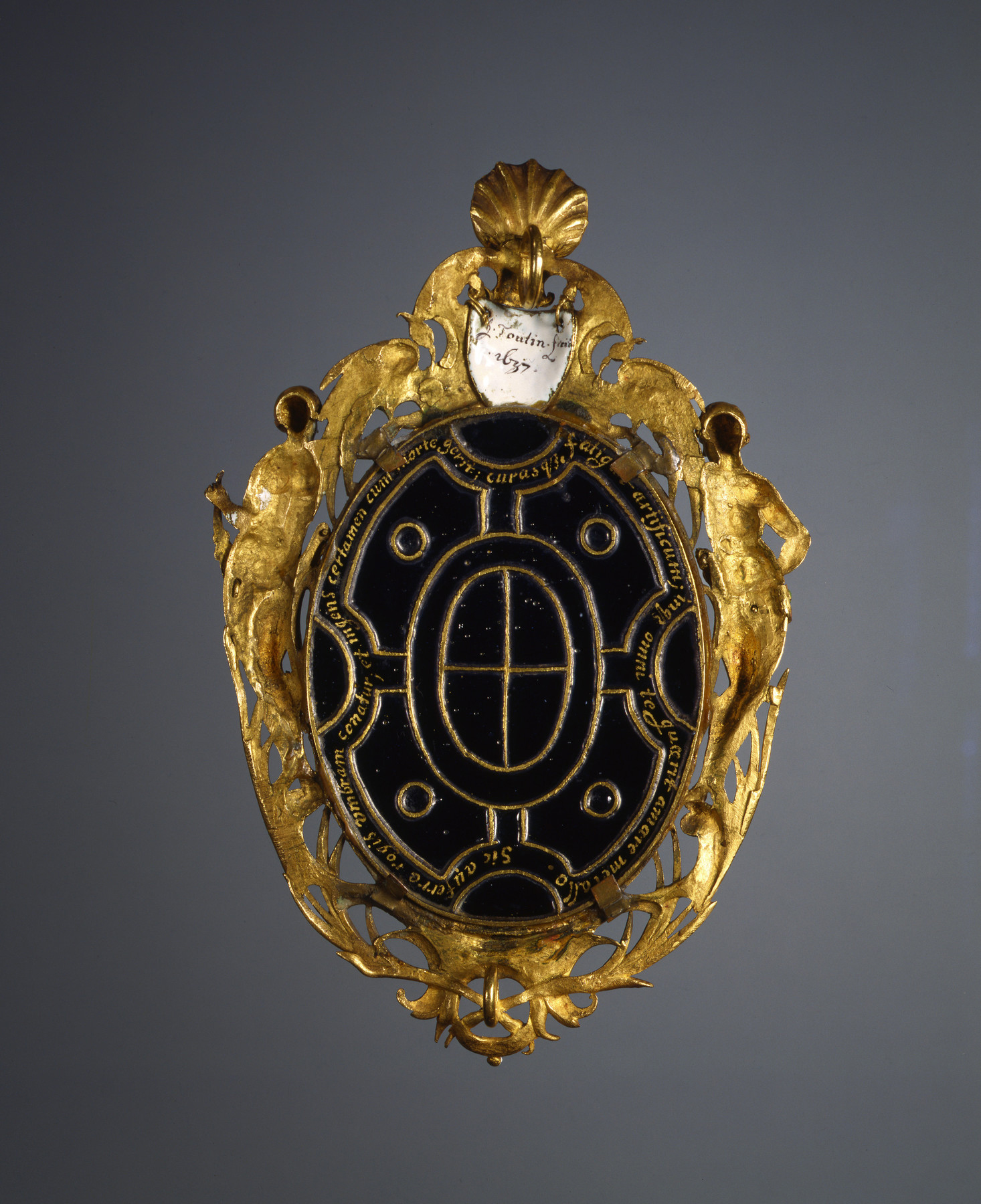 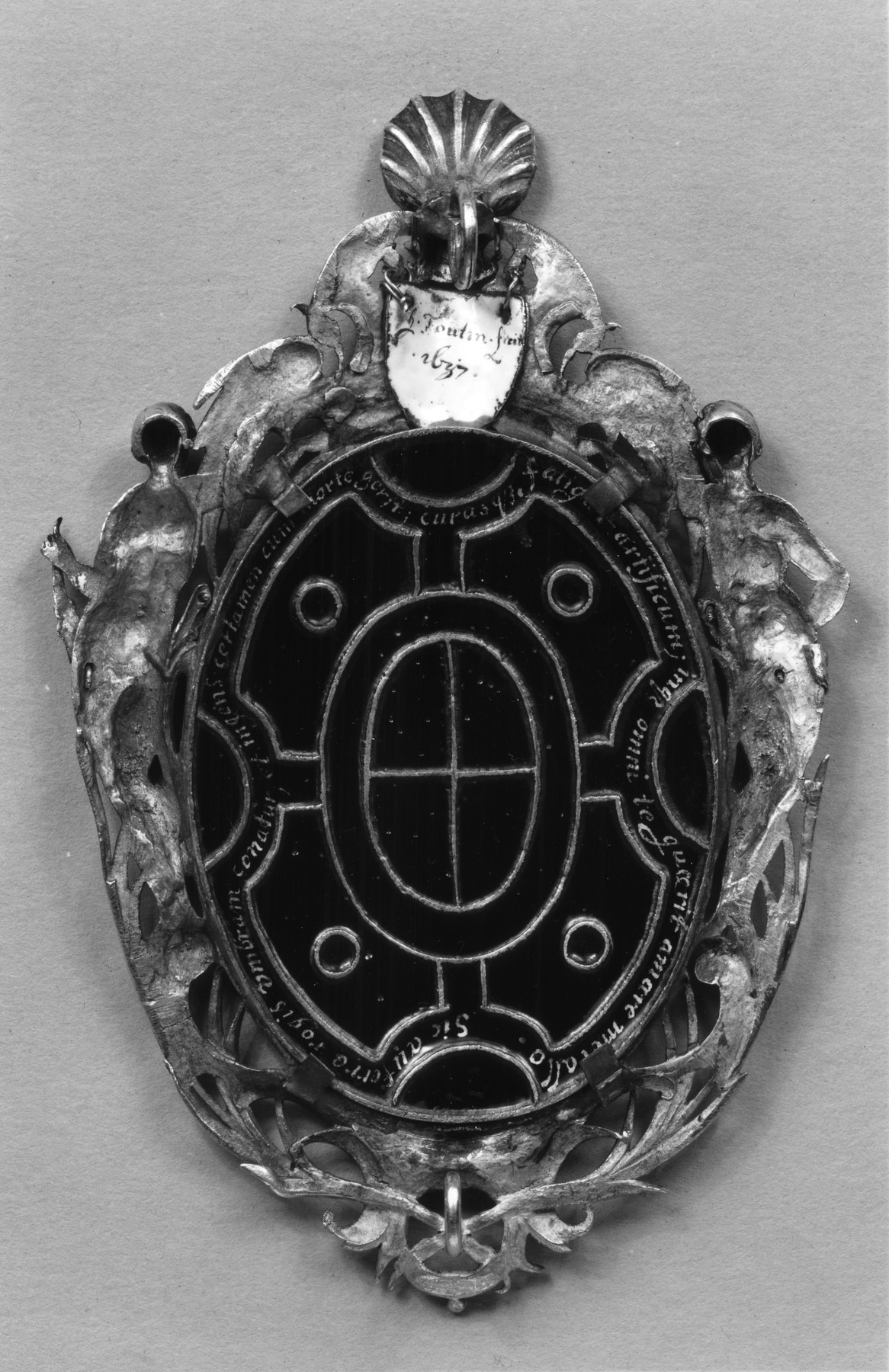 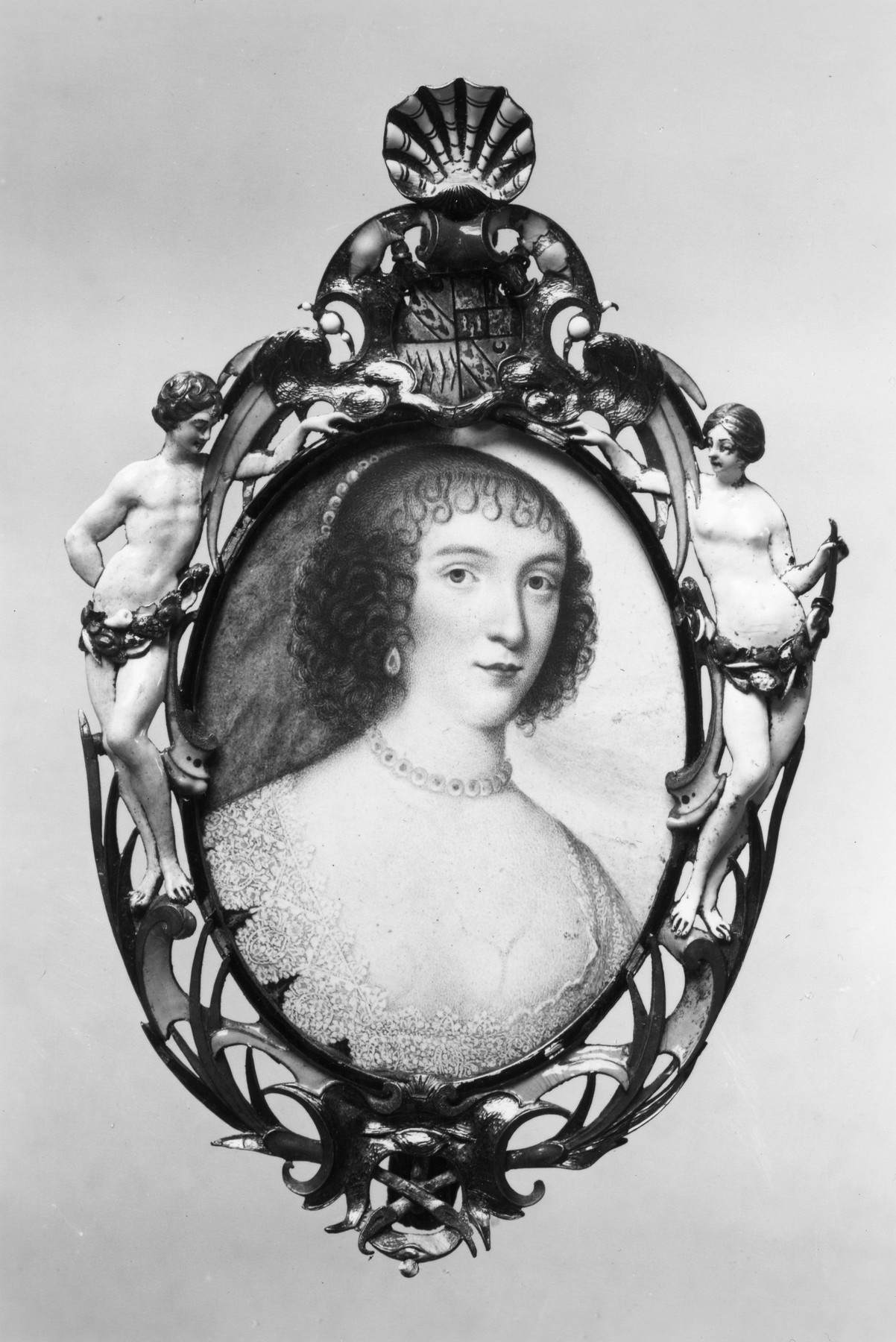 Venetia Stanley, Lady Digby, died in 1633, eight years after marrying Sir Kelm Digby at the age of 21. This portrait, signed and dated 1637, was completed after her death and is based on an earlier miniature painted in opaque watercolor by Peter Oliver (1594-1648). An inscription in Latin on the back describes the grief felt by her husband: "He tries to snatch a ghost from the funeral pyre and fights a battle with death, exhausting the skills of the artists. Everywhere he searches for thee - O, the bitterness of it - on piece of metal." Digby was in Paris in 1635-36 and probably commissioned the piece at that time. The stunning frame by Gilles Légaré (d. 1663) exemplifies a further aspect of French enamel work of the period.
Henri Toutin was the first artist to exploit a new technique for painting with enamel developed by his father in 1632 that permitted both more refined detail and translucent colors on a white ground, suggesting the qualities of a delicate watercolor portrait.
See most recently D. Scarisbeck, Portrait Jewels, Opulence & Intimacy from the Medici to the Romanovs (2011), p. 106, ill.