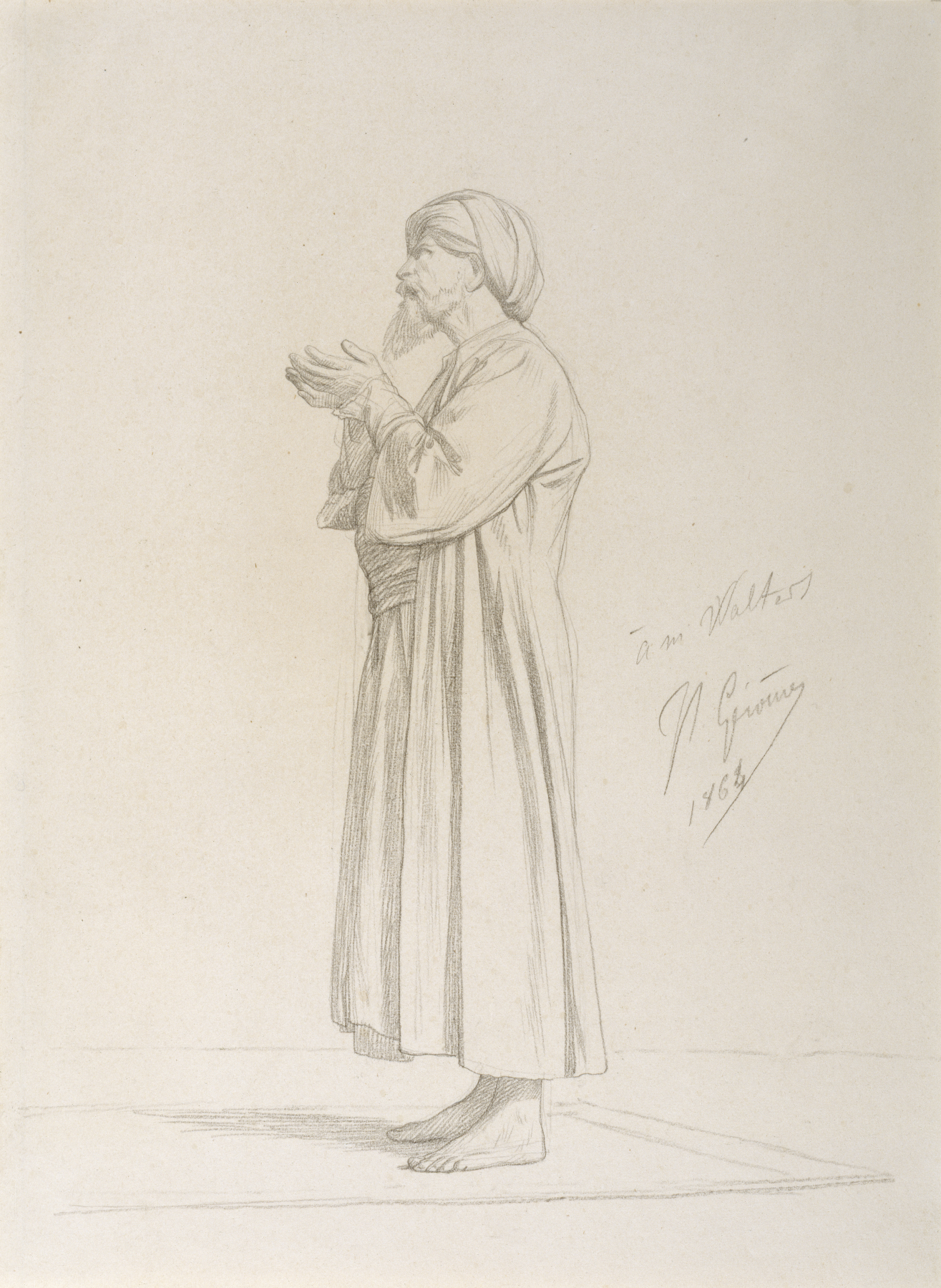 "Arab Standing in Prayer," shows an aged man on a prayer mat with his eyes uplifted and his hands open in a gesture of intense devotion. The drawing is related to one of Gérôme's most successful compositions, the painting "Prayer on the Rooftops," (Hamburg, Kunsthalle), on which he worked in the early 1860s and which he showed at the Salon of 1865. Gérôme represented a group of men on a rooftop in Cairo at sunset, all facing east in prayer and all at different stages in their worship, with some standing, some seated, and some prostrate against the sky and minarets behind.