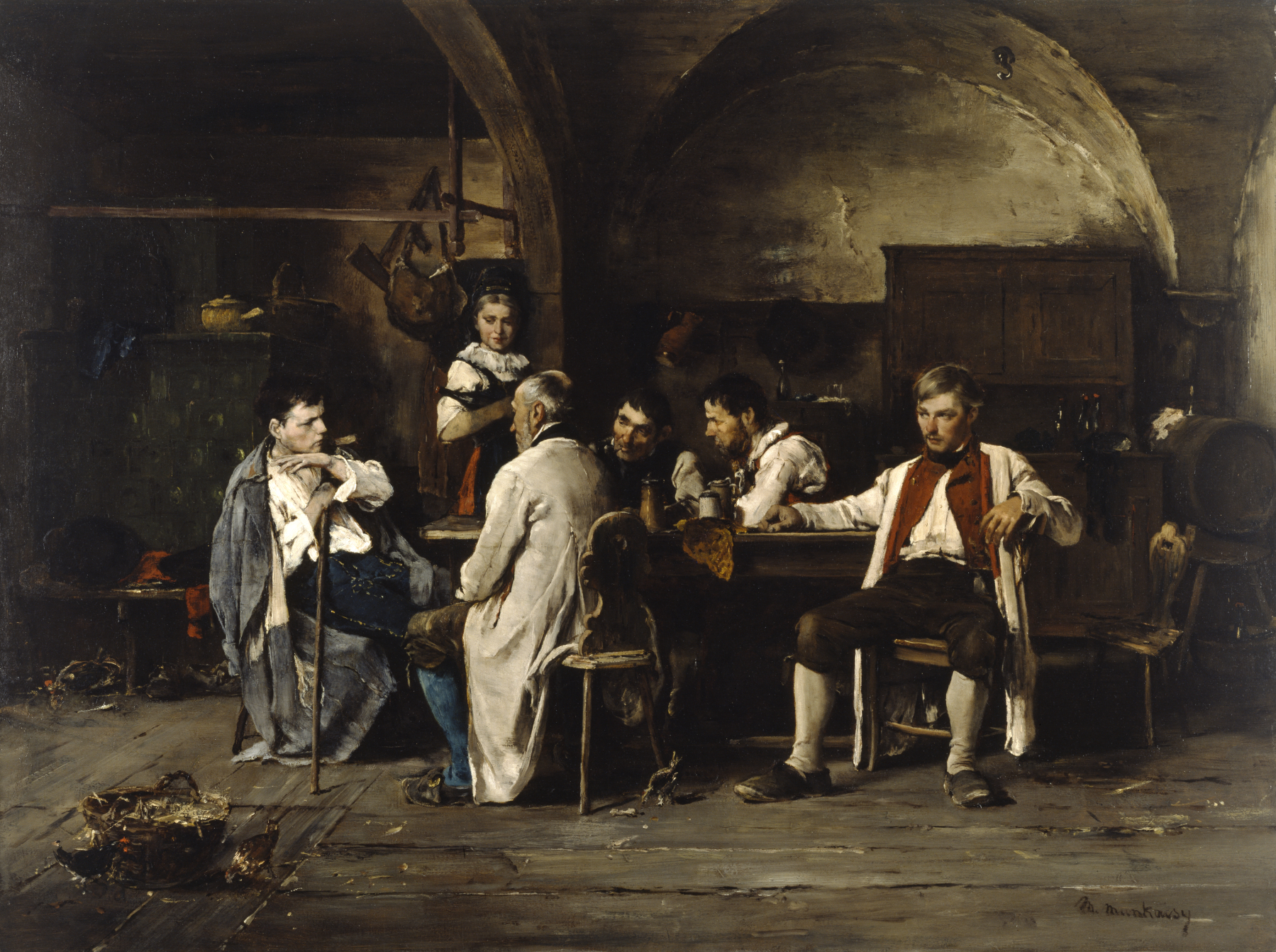 The Story of a Battle

Seated in an inn, a pale young man wearing remnants of a military uniform describes to his companions a battle, which occurred in 1848 during the Hungarian uprising against Austrian-Hapsburg domination. An international figure, Munkacsy trained in Budapest, Vienna, Munich, and Paris. While attending the 1867 Exposition Universelle, he met the French realist Gustave Courbet and several members of the Barbizon school. Many of his later years were spent in the village of Barbizon, where he produced scenes of contemporary life set in his native Hungary or in France. Striving for realism, Munkacsy frequently used photographs in composing his scenes.