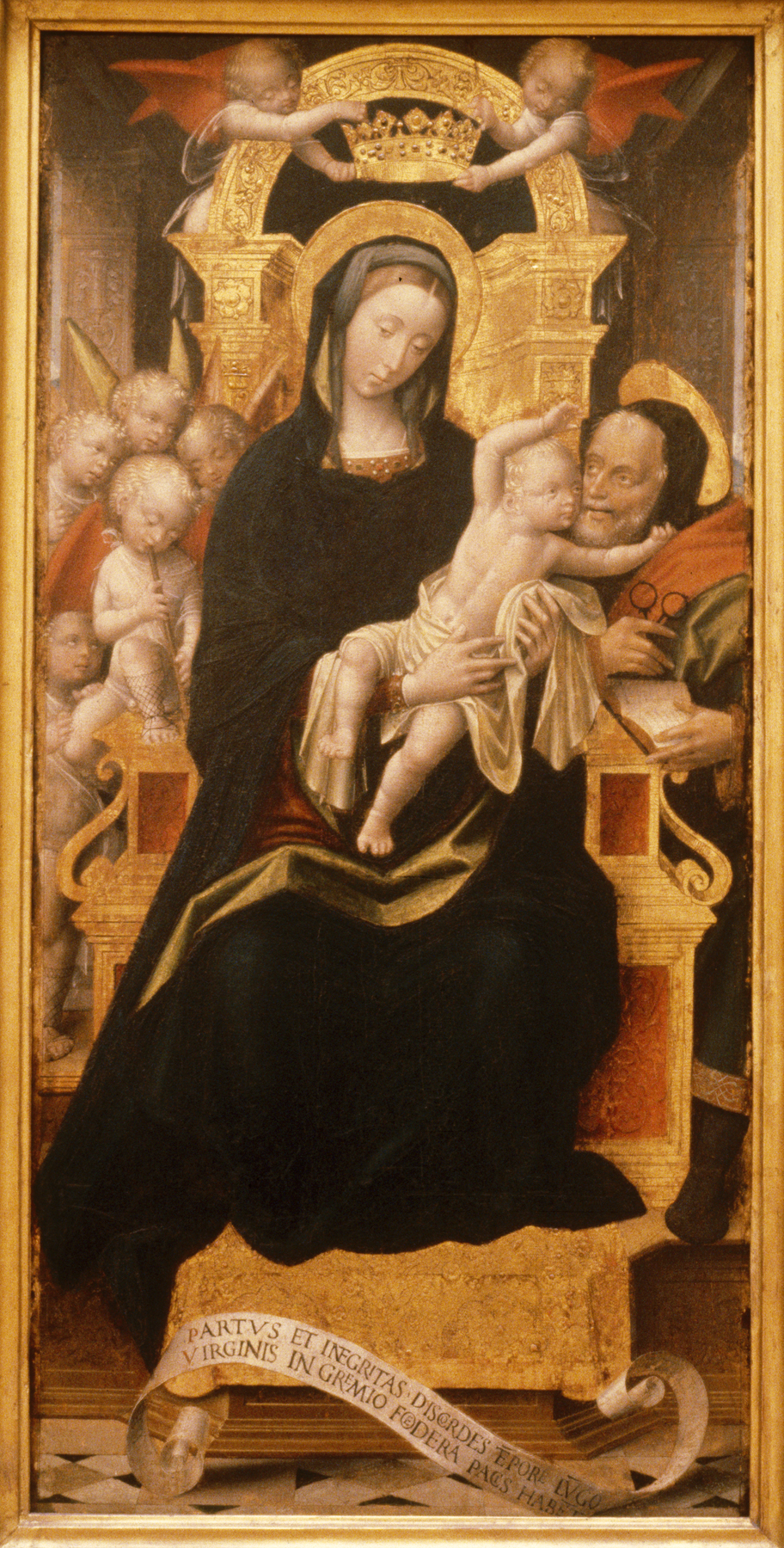 The Holy Family with Angels

Enthroned as Queen of Heaven, Mary holds her son, who turns with an affectionate gesture to embrace Saint Joseph while angels play music. Mary's husband is pictured as an old man who needs to use glasses to read. The inscription on the scroll below tells us that Mary was both mother and virgin, and Joseph's old age testifies to the Christian miracle of the virgin birth. The painting was probably the central part of a polyptych (an altarpiece consisting of several panels).

Rather than looking to ancient art as a model as so many of his Italian contemporaries did, Defendente Ferrari considered northern European painting with its close attention to naturalistic detail to be a proper source for engaging religious art.

[Transcription] In scroll at bottom: PARTVS ET INTEGRITAS DISCORDES TEMPORE LVNGO | VIRGINIS IN GREMIO FOEDERA PACIS HABENT; [Translation] Childbirth and chastity, long time discordant, have a bond of peace in the lap of the Virgin