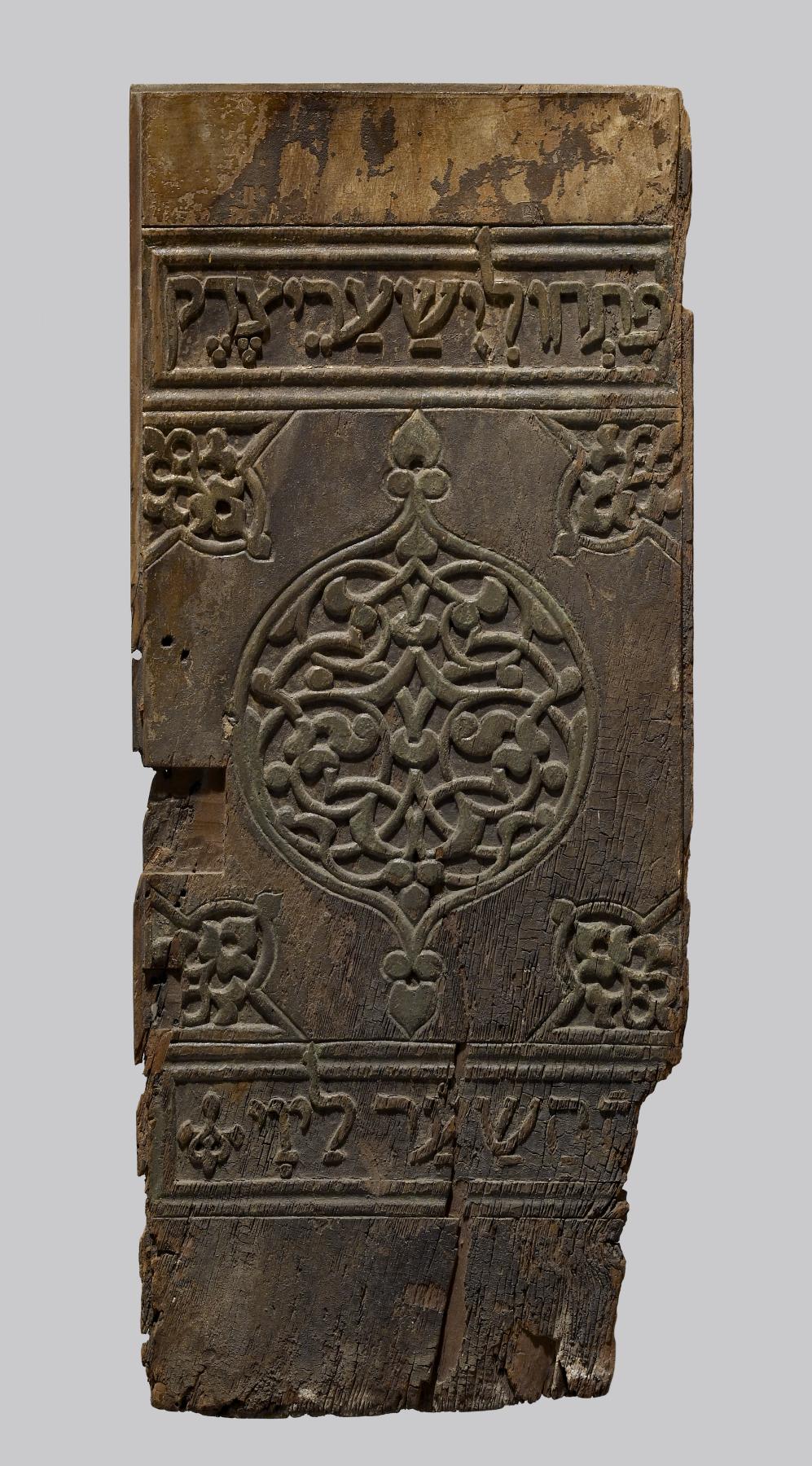 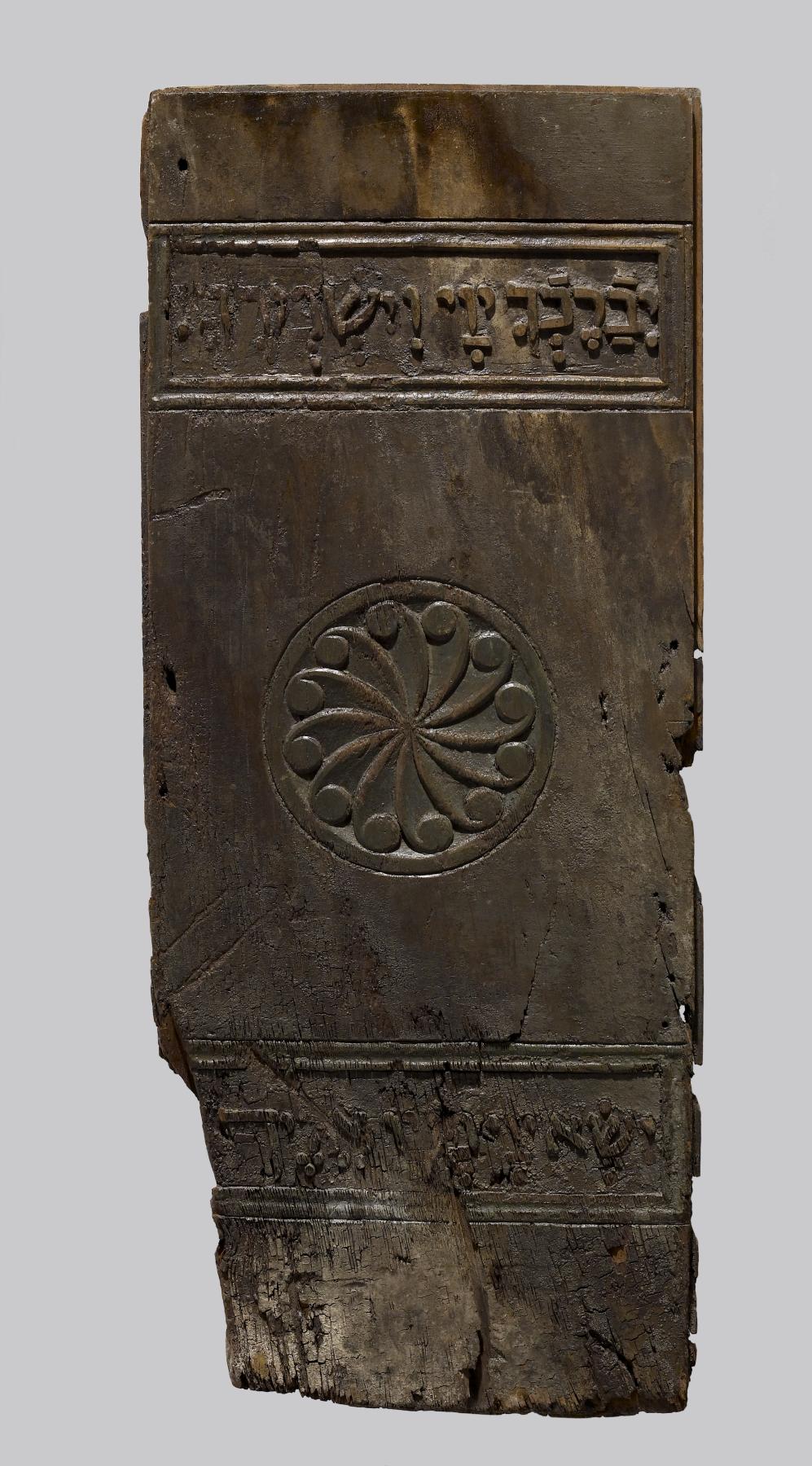 Panel from a Torah Ark Door

This rare wooden panel comes from the Ben Ezra Synagogue in Cairo, where it formed one of the small hinged doors of a Torah Shrine, a special cupboard, also known as an ark, which holds the sacred Jewish Scripture. An inscription carved into the door is particularly appropriate for this purpose: "Open to me the gates of righteousness, that I may enter through them and give thanks to the Lord" (Psalm 118:19). Made in the middle of the eleventh century, this covering for a Torah shrine was carved in wood, and traces of paint and gold suggest that the carved patterns were enhanced with rich color at some point. The forms of these patterns, with elaborate vine scrolls and lozenges, show the influence of Islamic art resulting from the Arab conquest of Egypt in the seventh century.