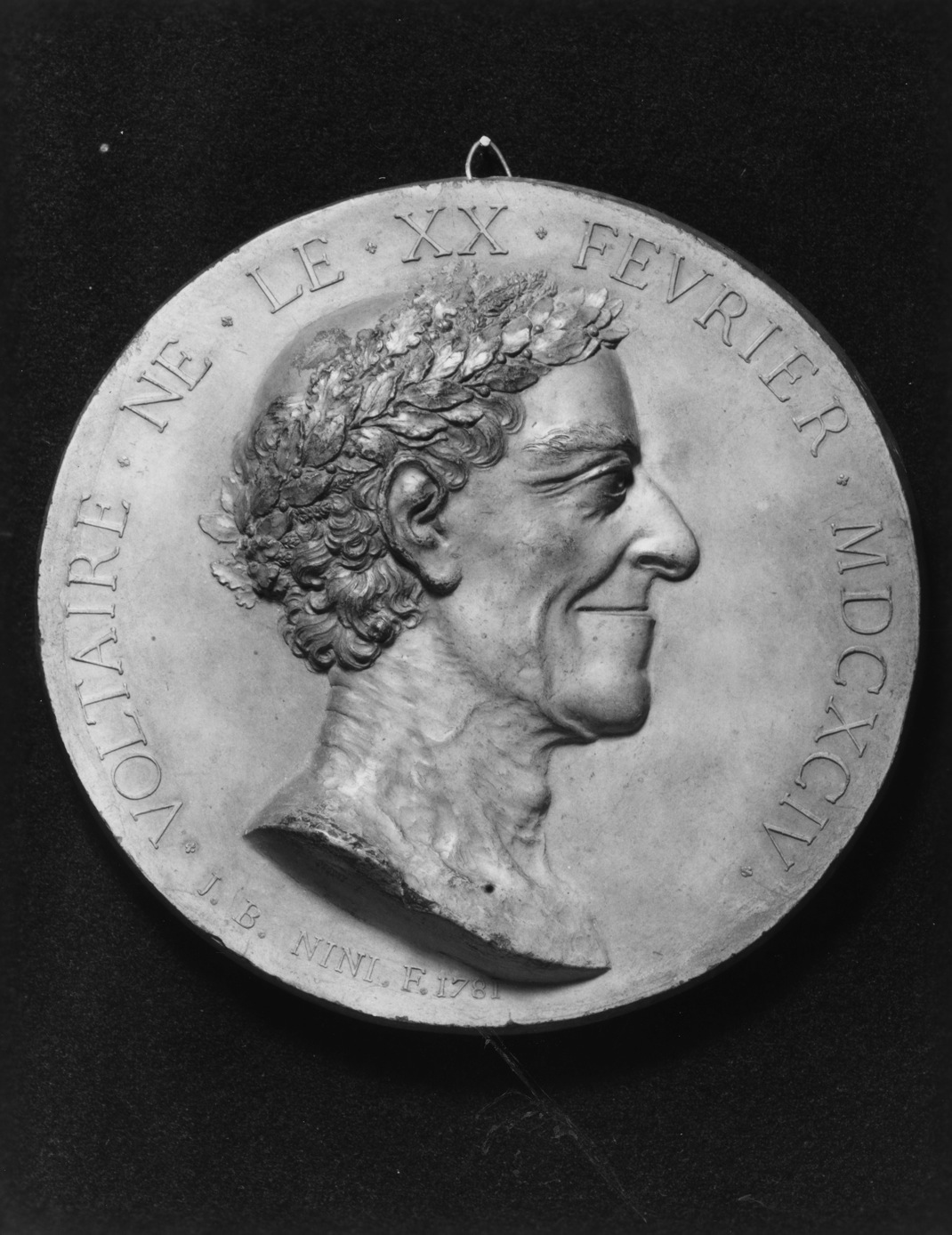 Portrait Medallion with Head of Voltaire

Voltaire, the pen-name of Françoise Marie Arouet (1694-1778), was the leader of Europe's enlightenment intellectuals in the middle of the 18th century. He was both anti-clerical and anti-establishment and was more than once sentenced to imprisonment or exile because of his views. His image was very popular in the late 18th and into the 19th century and he was depicted in a range of media. This is one of several portrait reliefs by Nini held at the museum.