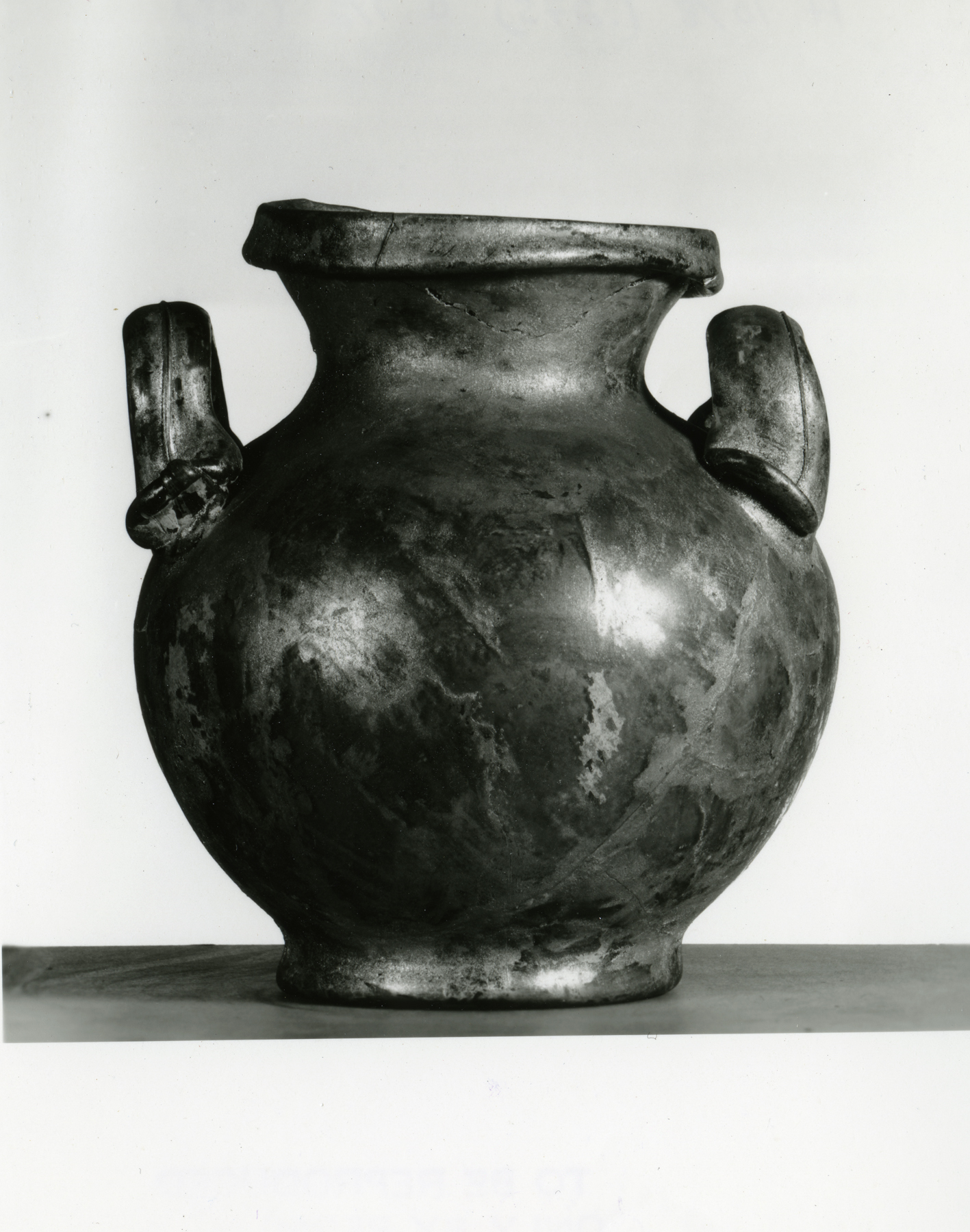 This transparent blue-green blown glass funerary urn sits on a flat base and is globular in shape. The two u-shaped handles were separately created and applied using the blown glass technique. The jar would have once contained cremated human remains and been covered by a lid in its original funerary context. Vessels of this shape, commonly appearing from the middle of the first through the second century CE, were especially popular throughout Italy and the Western Roman Provinces such as France. Funerary urns could be made in different shapes and from various materials: marble or other stone, metal, clay, or glass. In the 1600s, antiquarian interest in Roman funerary practices created a demand for such urns, particularly for examples in stone inscribed with the name of the deceased.