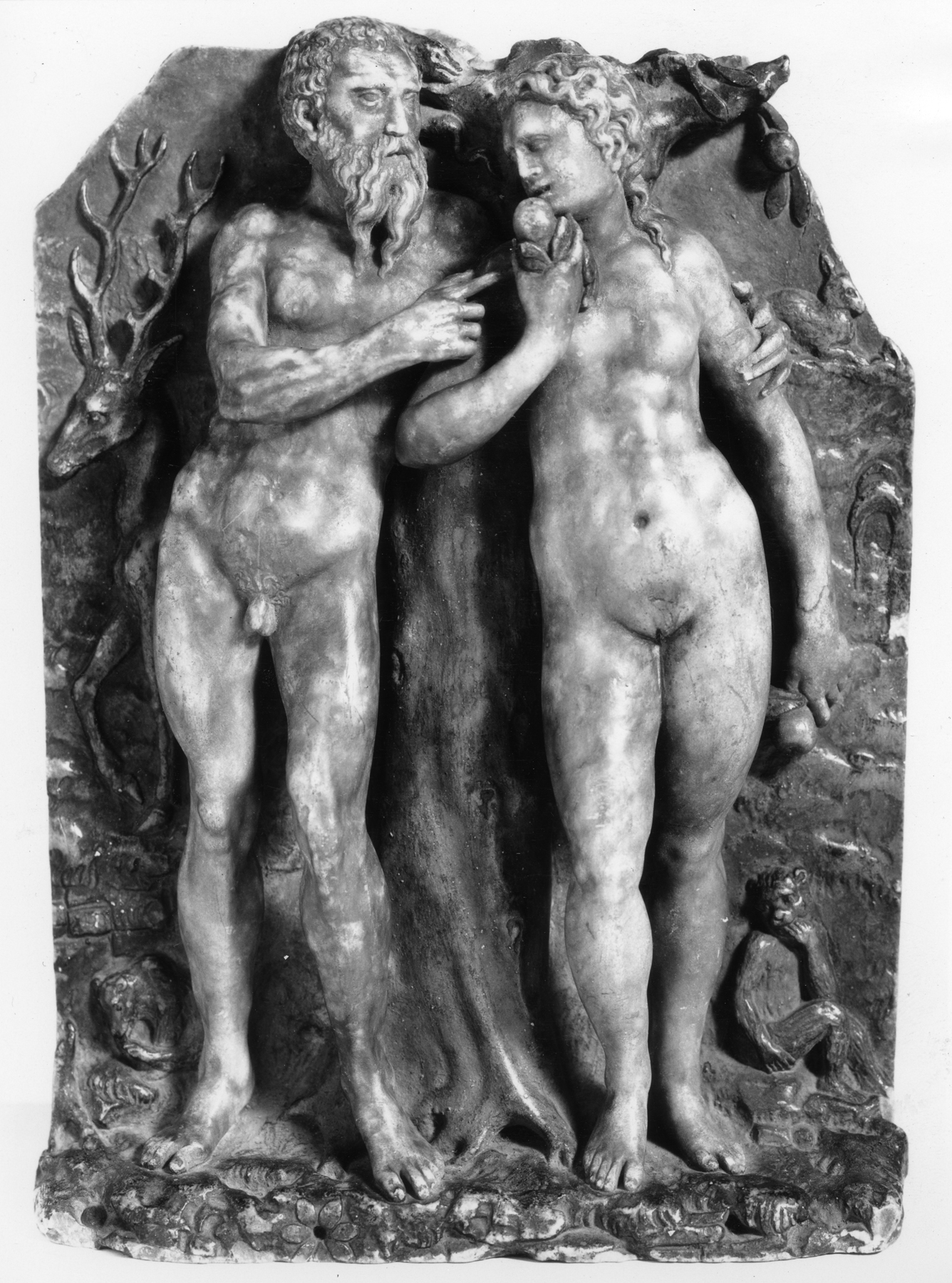 The nude figures of Adam and Eve are shown standing beneath the Tree of Knowledge. They are surrounded by the animals of paradise, including a deer, a rabbit and a monkey. Eve holds freshly plucked fruit from the tree in both hands and is about to take the first bite, the fatal act that will end their time in paradise. Adam's pointing gesture singles out the crucial moment, blaming Eve rather than the serpent which is visible coiling behind Adam's head. The event is mirrored in the figure of the monkey sitting to Eve's right, mimicking her eating gesture.

The alabaster relief was formerly polychromed and has been repaired on the left edge.