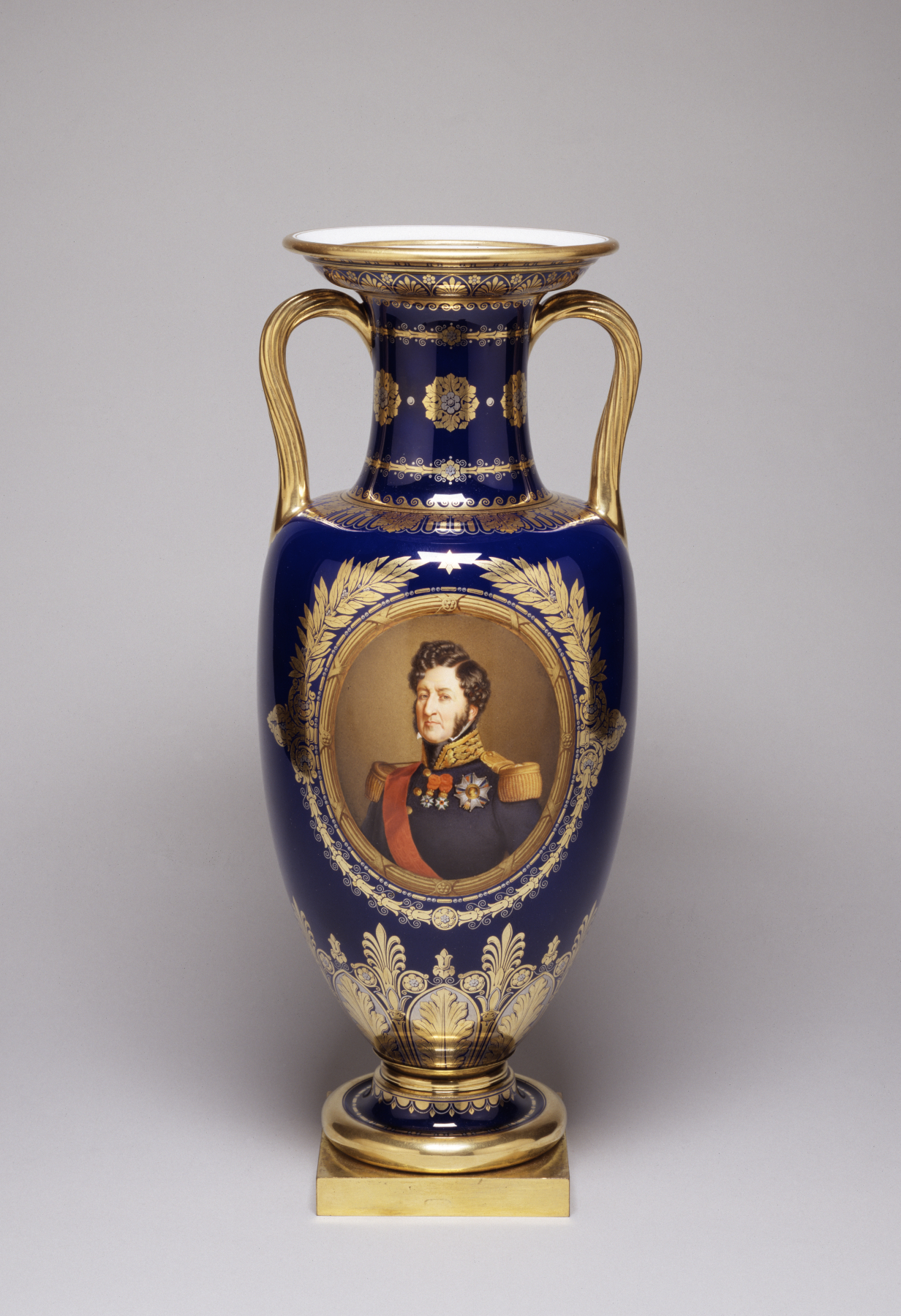 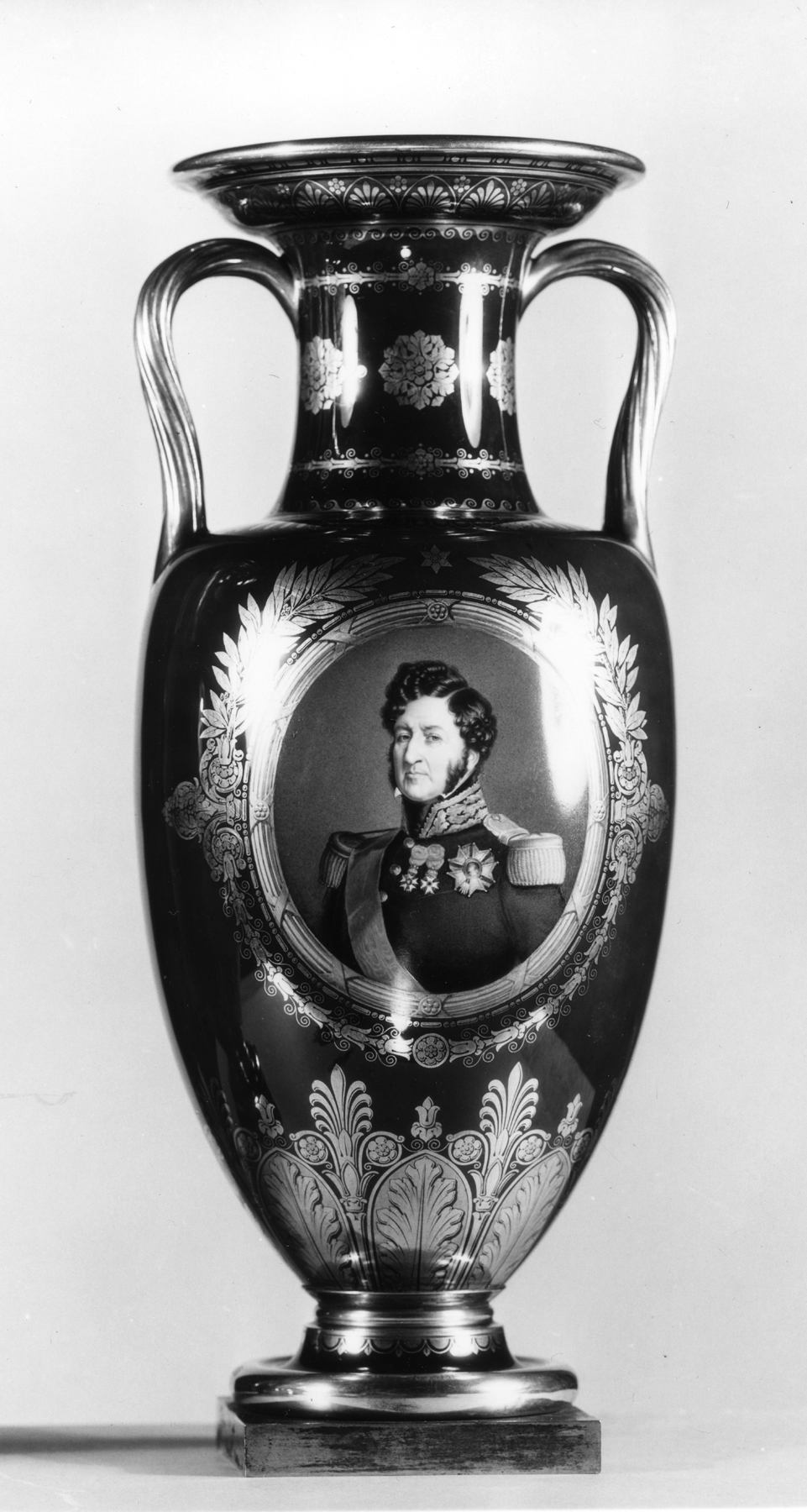 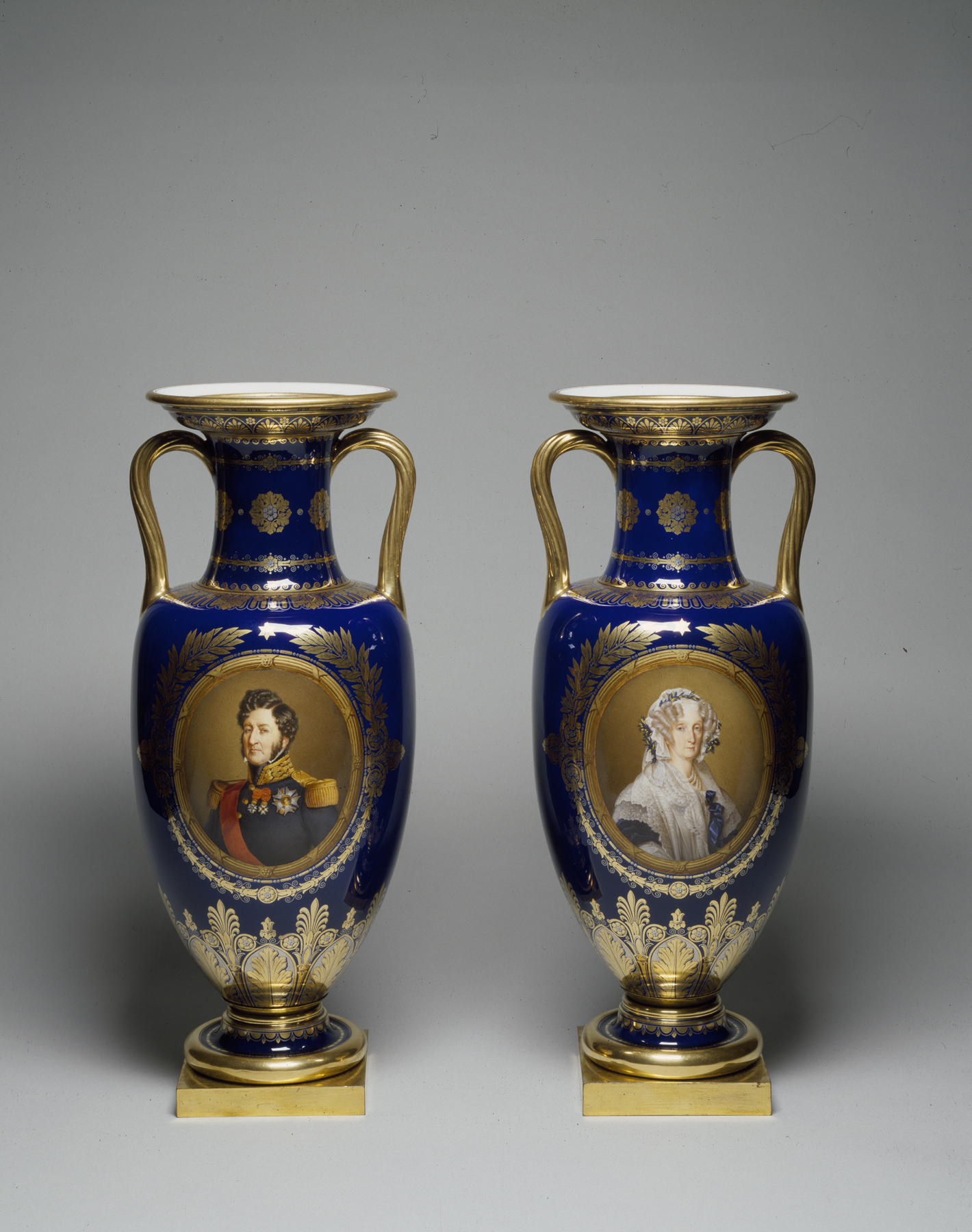 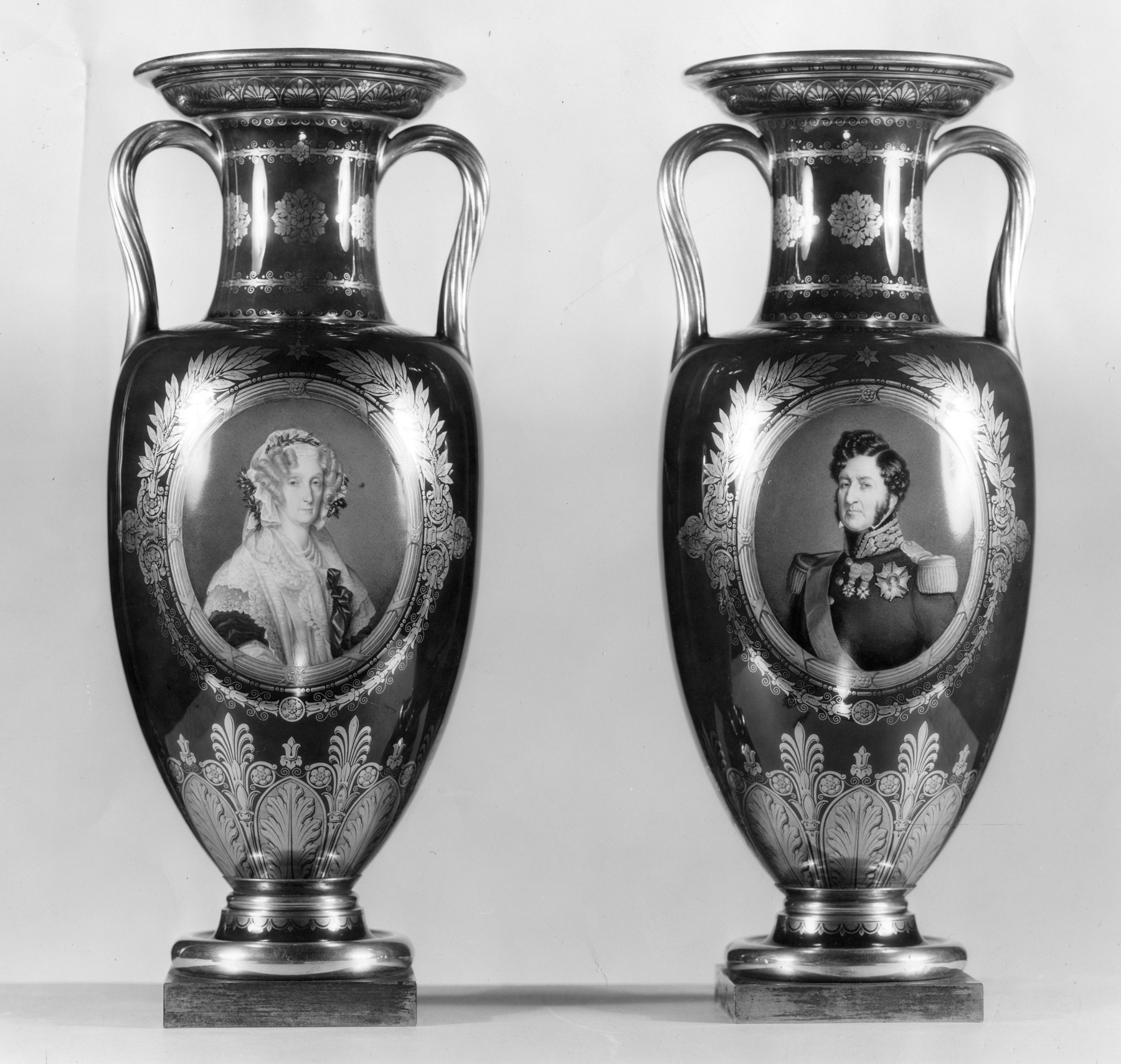 One of a Pair of Vases

This vase and its mate demonstrate the extraordinarily high quality of production maintained at the Sèvres Manufactory during the early 19th century. Their shape, known as "carafe étrusque," was based on that of ancient vessels collected by Dominique Vivant, baron of Denon, during his service at the French embassy in Rome prior to the French Revolution. Nicolas-Marie Moriot, a figure-painter at Sèvres, based his images of the reigning King Louis-Philippe and Queen Marie-Amèlie on prints after Franz Xaver Winterhalter's portraits of the monarch and his wife. The rich decoration of palmettes, rosettes, and flower-forms is painted in gold and platinum.

Queen Marie-Amélie [delivered to the Queen on the verbal order of King Louis-Philippe], Paris, January 8, 1845; Henry Walters, Baltimore, prior to 1931 [mode of acquisition unknown]; Walters Art Museum, 1931, by bequest. 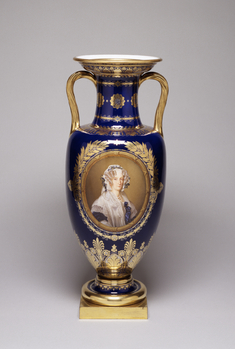 One of a Pair of Vases