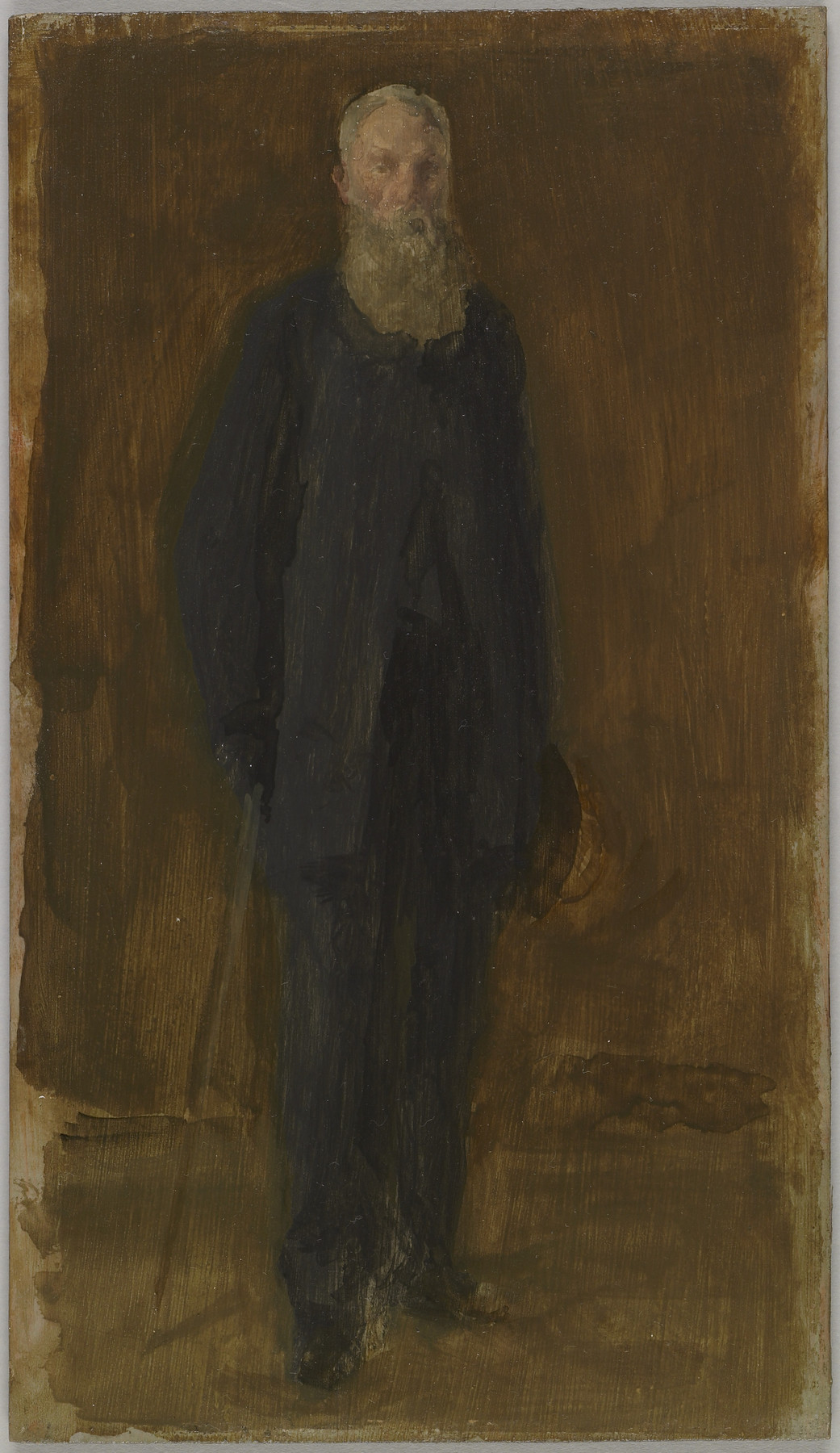 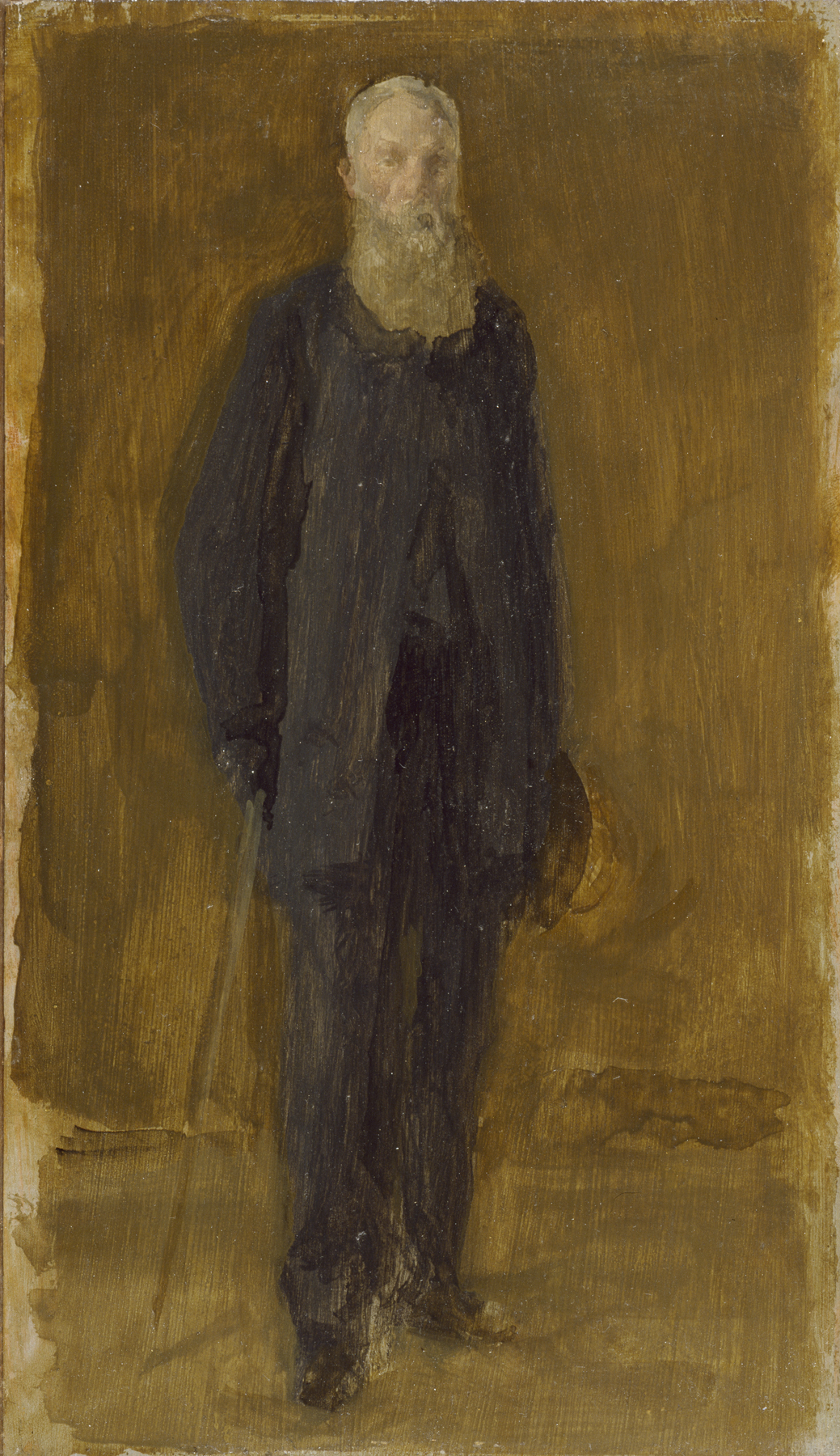 Portrait of George A. Lucas

Though he frequently posed as a southern gentleman from Baltimore, Whistler was born in Lowell, Massachusetts, and, together with George A. Lucas (1824-1909), attended the West Point Military Academy. He later trained in Paris in the studio of Charles Gleyre, where he befriended the realists Gustave Courbet and Edouard Manet, as well as the future impressionists Claude Monet, Edgar Degas, and Henri Fantin-Latour. In 1859, Whistler moved to London, abandoned Realism, and developed his own tonalist style of painting that used muted colors and reflected the influences of Japanese art and of the art of Diego Velázquez (1599-1660).

In this portrait Whistler depicts Lucas, the Paris based art collector and agent who played a significant role in shaping the collection of William T. and Henry Walters. The handwritten note by Lucas attached to the back of the picture gives the length of the sitting as two days, on the 22 and 23 August 1886, at Lucas's country house at Boissise-la-Bertrand, near Paris.