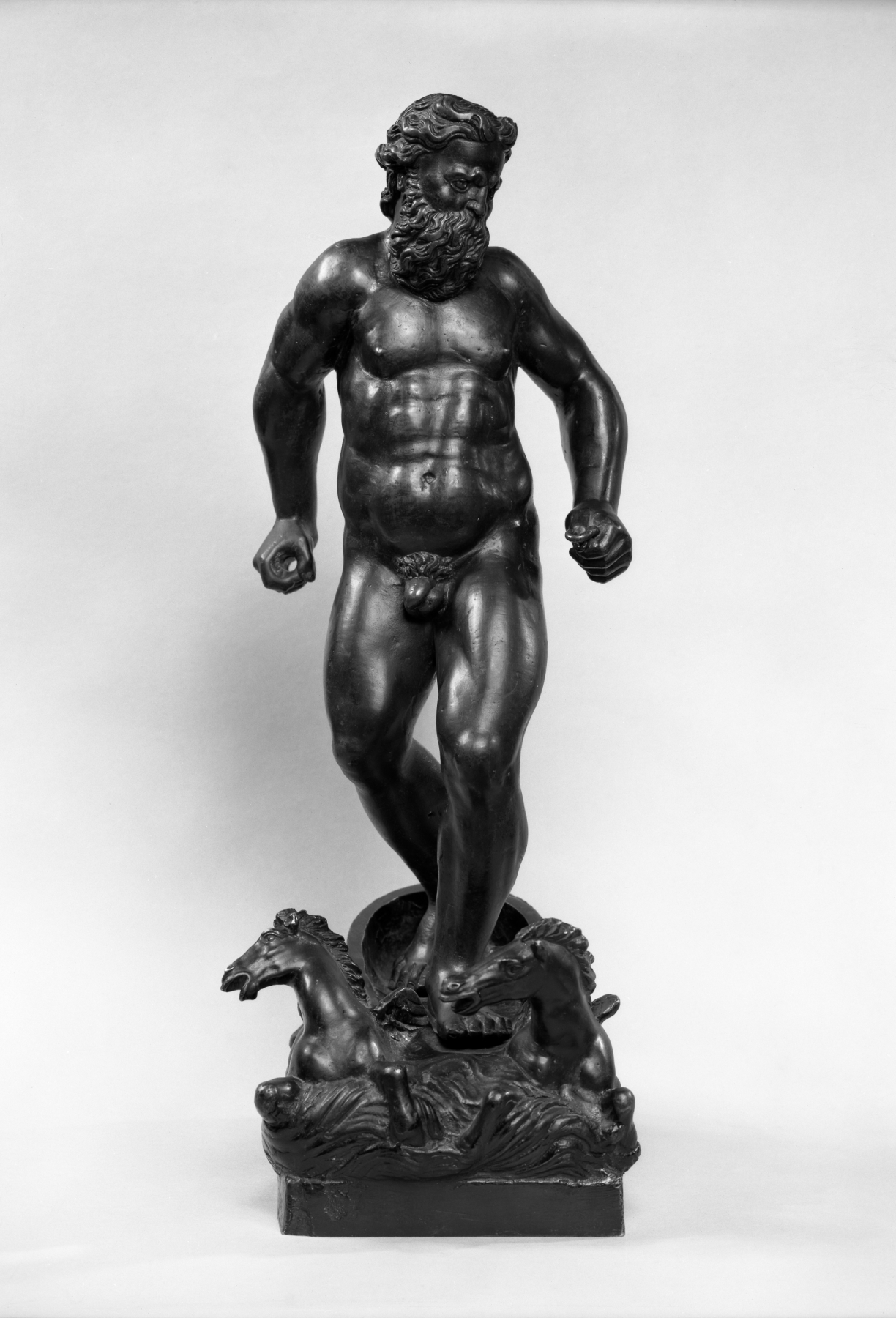 This muscular, standing figure of Neptune, Roman god of the sea, is carried on a tiny chariot drawn by hippocamps (mythic creatures, half horse and half fish). Originally, he held a trident in his right hand and the reins in his left. The image of Neptune being drawn across the waters that he ruled was inspired by readings of ancient epic poetry. The model for this stocky Neptune was Venetian- apparently based on a Roman figure of Hercules- but it was further explored by German sculptors, probably from Nuremberg. Some versions of this piece were made for table fountains.