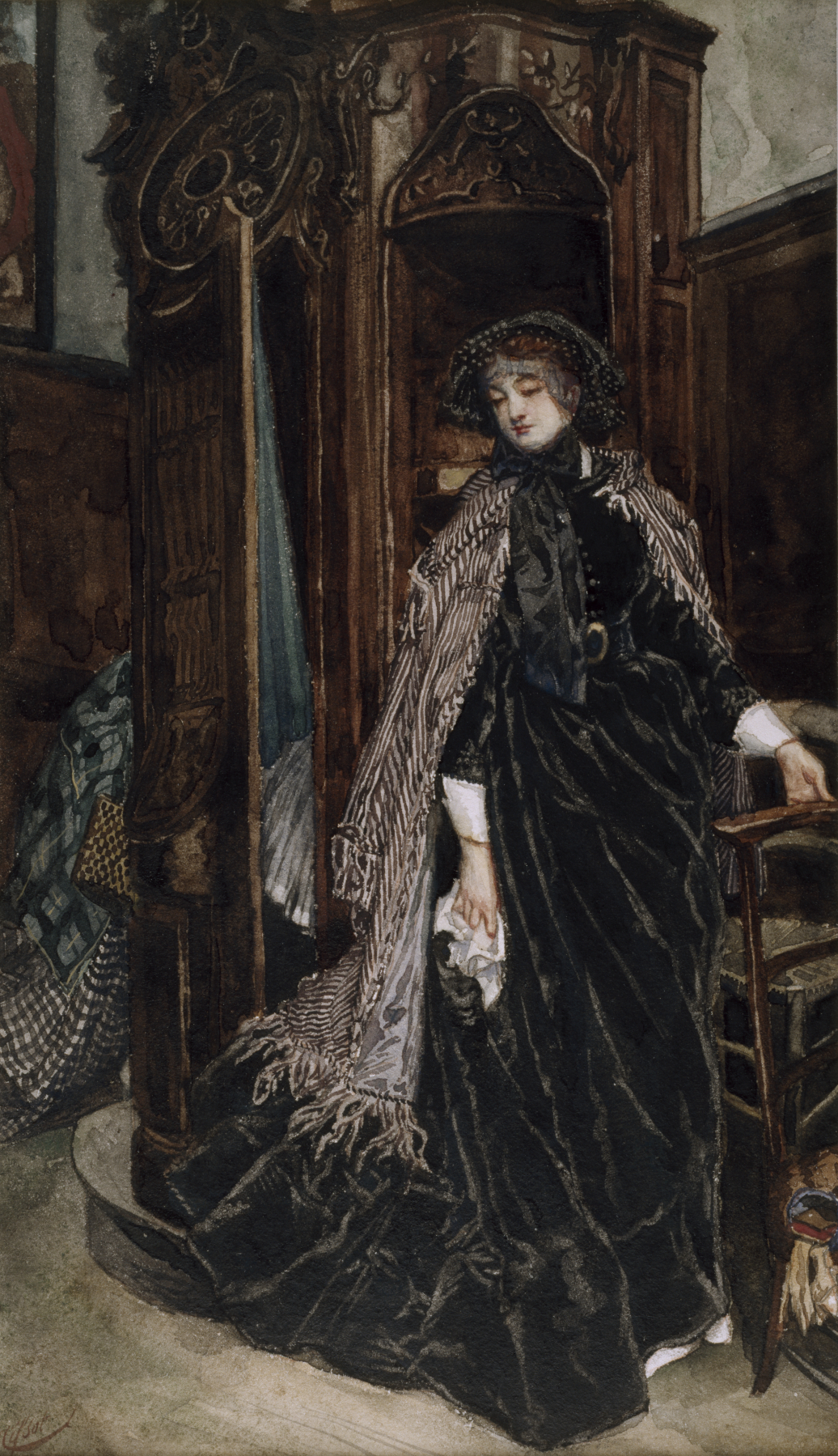 Tissot painted "The Confessional" during the first stage of his career, before he left Paris and took up residence in London after the Commune in 1871. Although he was a friend of Courbet, Manet, and Degas, his style shows very little of their influence. His work is more descriptive than theirs, and he focused exclusively on the upper echelons of society. Tissot's women were the paradigm of contemporary feminine beauty and grace, against which Degas later rebelled with his piercing analysis of dancers, prostitutes, and bathers.

Ostensibly a devotional image, "The Confessional" reads more like a fashion plate. The rich velvet of the woman's dress, satin bow on her hat, stiff lace cuffs, and fine striped shawl with long fringe thrown over her shoulders show her to be a woman of class and refinement. Only the linen handkerchief she holds in her right hand signals any remorse for the sins just confessed. The confessional, with its ornate moldings and carved floral decorations, serves as a foil for the subject's sumptuous outfit. Christopher Wood remarked that Tissot seemed less concerned with his sitters' religious sincerity than with her "decorative" quality (C. Wood, "Tissot," London, 1986:34). Tissot painted a variation on this theme, which appeared on the art market in 1999. These works were made long before the artist's conversion to Catholicism in the 1880s and convey a fair amount of ennui if not irony.